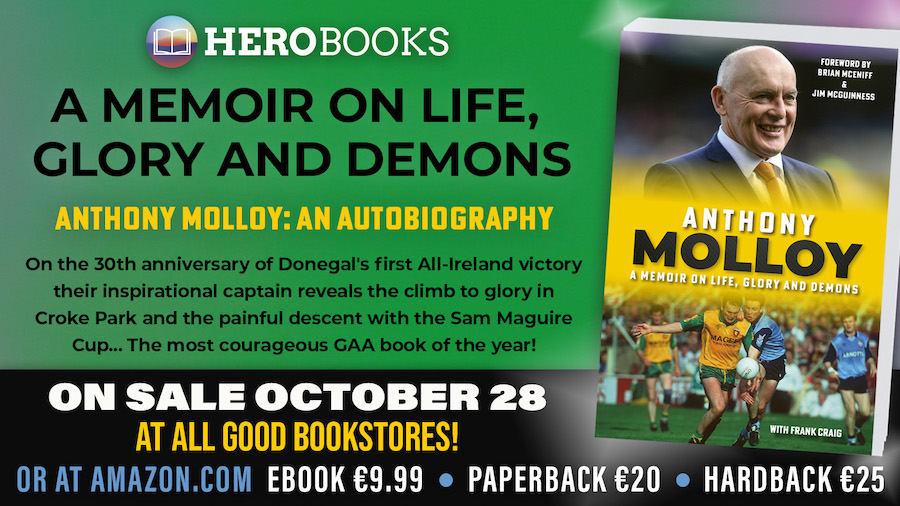 GAA legend Anthony Molloy’s autobiography to be released in October

A warts and all autobiography on the life of Donegal GAA star Anthony Molloy is to be released at the end of October.

‘Anthony Molloy, A Memoir on Life, Glory and Demons’ will be released on October 28th by Hero Books.

The book tells the story of the rise of Donegal’s first All-Ireland captain but also the ‘painful descent’ suffered by the Ardara man after winning the Sam Maguire Cup in 1992.

The book is co-written by well-known Donegal News sports reporter Frank Craig with a forward by both Brian McEniff and Jim McGuinness, the two men who led Donegal to All-Ireland glory twenty years apart.