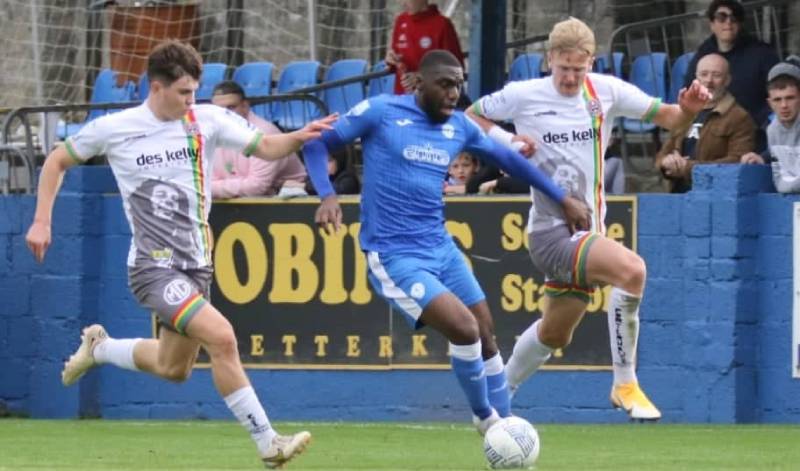 A clinical Bohemians came out winners at Finn Park as the ten men of Finn Harps stay bottom of the Premier Division.

Ryan Rainey received two yellows in five minutes as a youthful Bohs side doubled their lead through substitute Jordan Doherty, giving Harps a third defeat in a row.

The Harps were dominant in the first half, failing to convert a handful of chances while James McKeown was never threatened in the Harps goal. 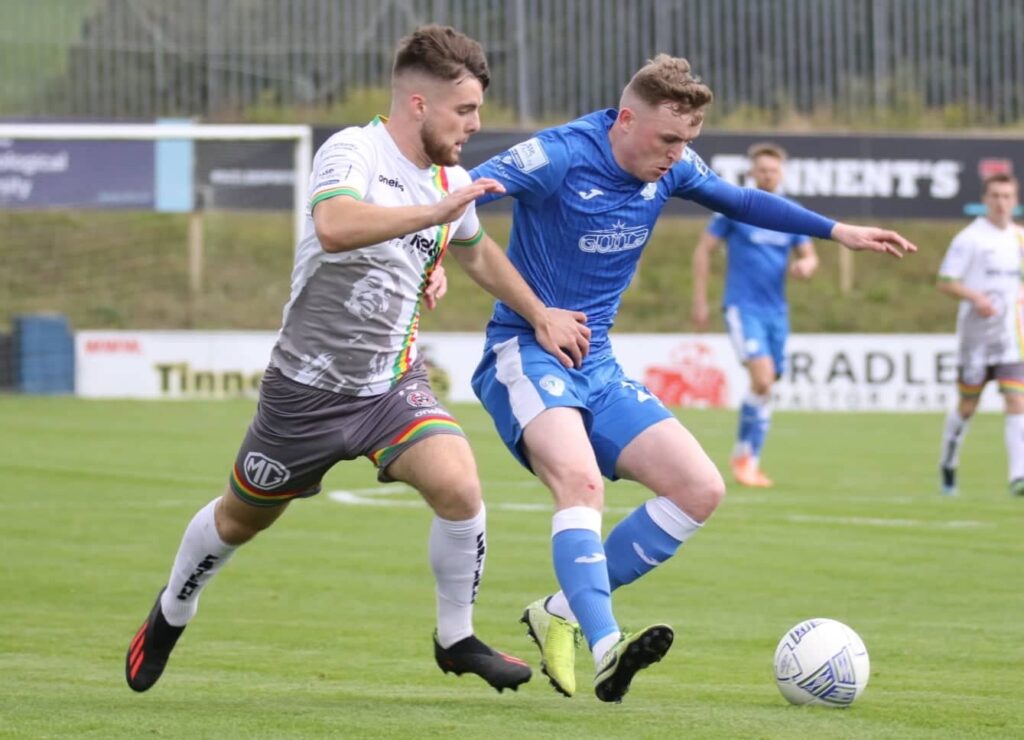 Harps’ first proper chance came when Ryan Rainey moved past the Bohemians midfield with ease but he took the shot on and dragged it wide with Filip Mihaljević waiting unmarked to his left.

Mihaljević would get his chance when Rainey found Eric McWoods down the right wing and the American cut in and pulled the ball back for the Croatian striker six yards out, but he took a touch and made the angle tighter before being denied.

Good Harps play around the edge of the box ended with Barry McNamee finding Siaj but the Jordanian International blasted over.

Ethan Boyle’s long throw then was flicked on by Rob Slevin and Mihaljević’s shot was well saved by Jon McCracken. 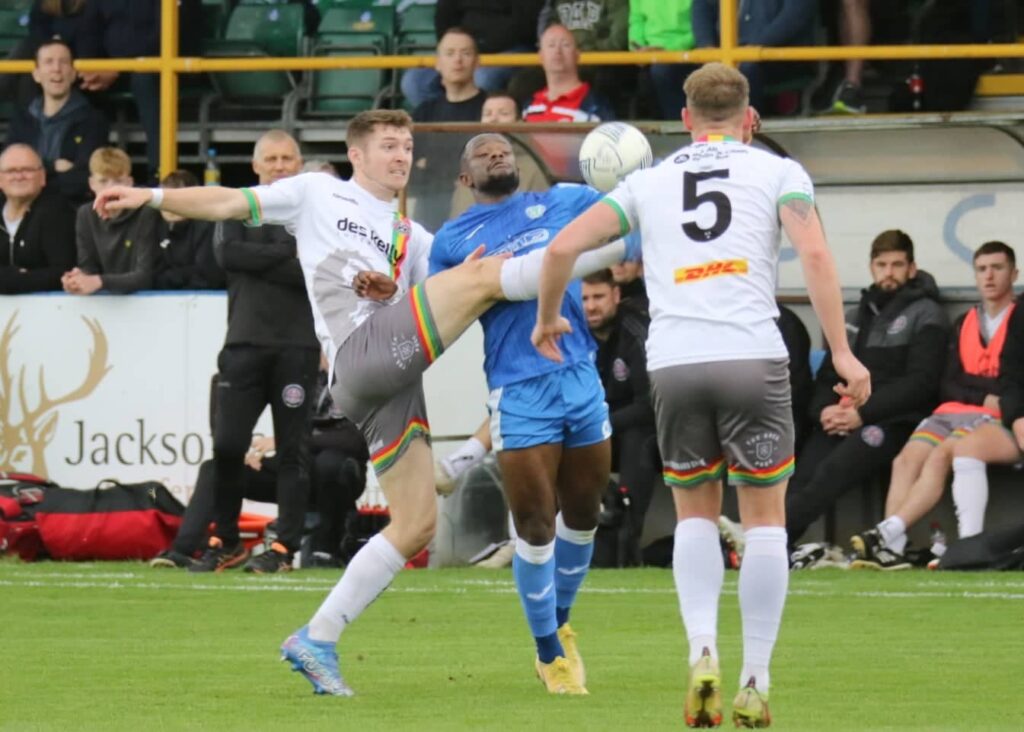 Moments later McWoods again found space down the right and his cross found Siaj but he fired over with his first time effort.

Bohs never tested the home side in the first half with their only half chance coming through a mistake at the back but the shot was blocked as the sides were level at the break.

Harps continued to press for the opener and when McWoods capitalised on a Ciaran Kelly mistake, Rainey found Siaj and he poked the ball towards goal but McCracken saved.

10 minutes into the second half, Bohs were ahead with their first proper chance. 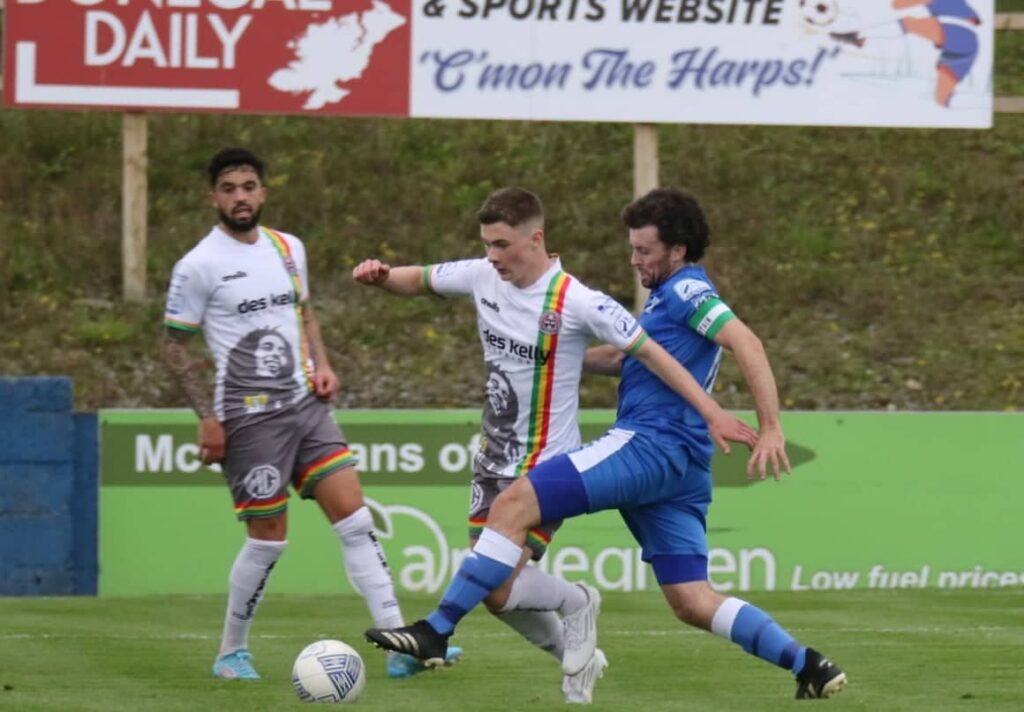 Jamie Mullins found Jordan Doherty in the box but his effort was cleared off the line to Kris Twardek and the Canadian winger crossed for Declan McDaid who headed the ball into the net.

The goal brought Bohs to life as substitute Chris Lotefa beat McKeown to a ball over the top, heading over him and into the net but offside was given.

Twardek was creating chances down the right wing, finding Lotefa at the back post but his effort was saved by McKeown.

McWoods was lively up front for Harps, beating keeper Jon McCracken but he fell and Bohs cleared. 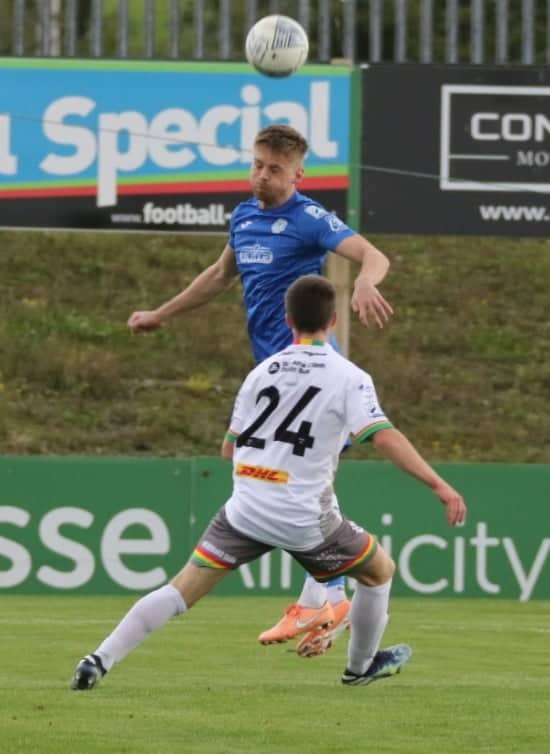 McWoods then laid the ball off to Donelon but his effort was tame and straight at McCracken, while McWoods also had a good effort saved.

Harps were reduced to 10 men when Rainey got two yellow cards in five minutes, firstly for pushing Lotefa for stopping a counter attack, then for a foul in the middle of the pitch.

And it was 2-0 and game over when Doherty picked up the ball from Lotefa and wasn’t closed down by the Finn Harps midfield, as he shot from 20 yards and fired into the top corner.

The game finished 2-0, with Gavin Dykes receiving a red card on the touchline in added time, as Finn Harps stay bottom with six games remaining. 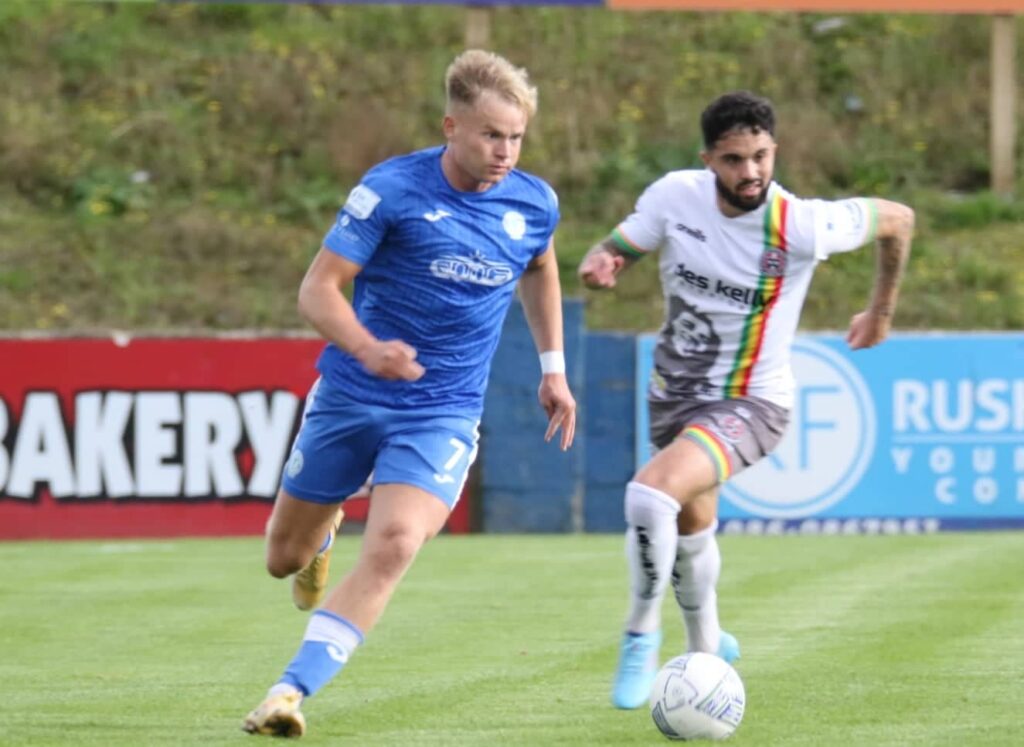