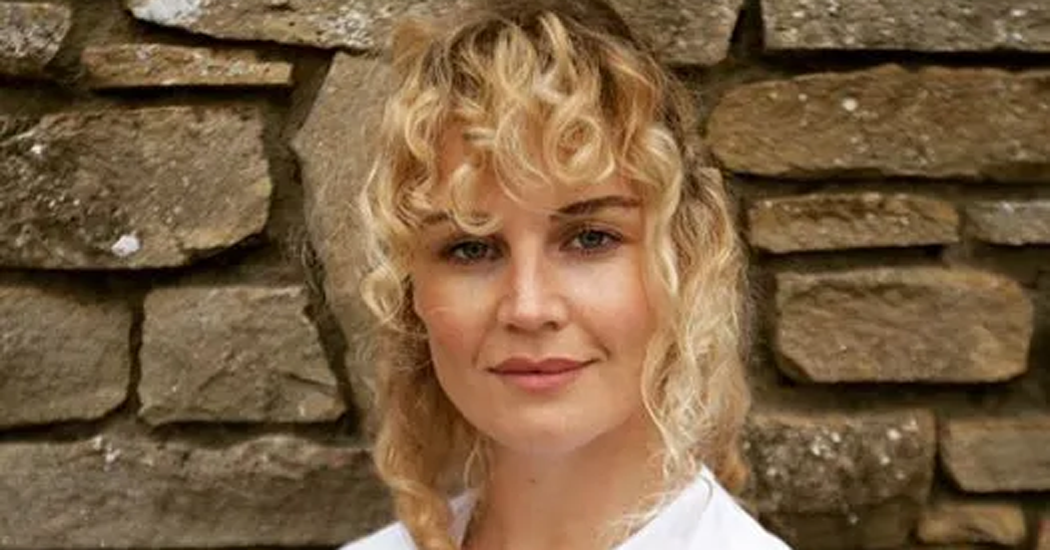 Actress Karen Connell has embraced one of her favourite characters yet for a big-budget Netflix series.

The Killybegs native will soon be back on our screens in The Bastard Son & The Devil Himself, a young adult fantasy series out on October 28th, just in time for Halloween.

Karen has had stage and screen success in recent years on Vikings, Nightflyers and Vikings: Valhalla. This time, she’s about to have a big moment with her first lead role in a Netflix original British show based on the hugely popular Half Bad book trilogy by Sally Green.

Karen plays Ceelia, a soldier with witch abilities and a redemption arc. The role was ideal for Karen who is a champion of game-changing women. During the lockdown, she set up a clothing brand celebrating unsung Irish female heroes.

“Ceelia belongs to no one, she is not a wife or a girlfriend or a side character, she needs zero validation from other people,” Karen told Donegal Woman.

“She is extremely principled and focused and distinguishes between right and wrong. She has a very good heart.”

The Bastard Son & The Devil Himself is a story about 16-year-old Nathan who is the illegitimate son of the world’s most dangerous witch, battling the boundaries between ‘good’ and ‘bad’ as he discovers who he truly is. Viewers should expect magic, sarcasm, banter, potions in zip-lock bags, hunters, romance, loyalty and unbreakable friendships.

For Karen, her role as a guardian required some intense training to conquer Ceelia’s stunts.

“I had to get a lot stronger. I had three weeks of preparation, every day, along with sight training, boxing and Kav Maga. It was a huge physical effort and I learned a lot,” Karen said.

“It was never something I worried about, but it was said to me by an acting teacher that it would be a massive block. It’s actually been my foot in the door, it’s what makes me unique and what gets me on these massive productions.”

Another natural feature Karen brings to The Bastard Son & The Devil Himself is her native accent, which she is very excited to share in a screen production for the first time.

“It’s so exciting to think that I will be on Netflix all over the world with my Killybegs accent,” she said.

As Karen looks forward to promoting the series this month, she is also working on another project abroad and developing her own movie. Los Angeles remains in her sights as she plans to break into the American film industry.

‘The Bastard Son & The Devil Himself’ hits Netflix on October 28th.