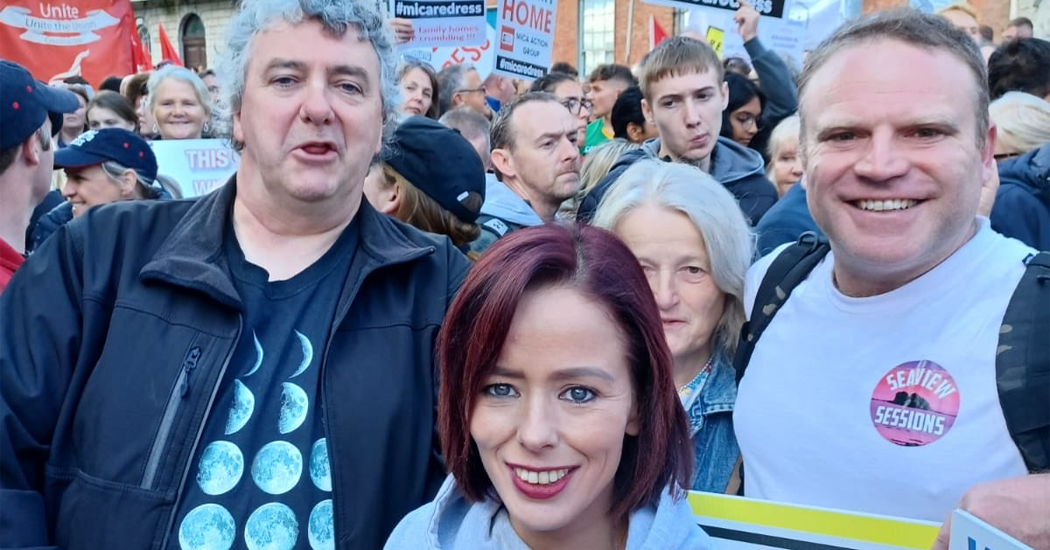 Independent TD for Donegal, Thomas Pringle, says it’s no wonder that people are frustrated and worried about the cost of living crisis.

Deputy Pringle praised the huge number of Donegal people who attended the Cost of Living protest in Dublin on Saturday, saying the thousands who marched from across the country brought the message to Government: “Enough is enough.”

He said: “Government will talk about how well the economy is working when we know we have food banks operating in Donegal and across the country. If families are relying on food banks, it should be clear that Government policies are not working.”

Large turnout from Donegal. The #CostOfLivingCrisis is affecting every aspect of Irish life.

Enough is enough. Today we begin the fight back! #CostOfLivingSept24 pic.twitter.com/ygL1lOxcZT

Deputy Pringle said: “There was a great turn-out from Donegal and from across the country for the Cost-of-Living Coalition march on Saturday. We have seen the impact of people power on Government before, and now the people of Ireland are demanding effective action on the cost-of-living crisis.

“It’s no wonder that people are frustrated and worried. Costs continue to spiral out of control, and we have already heard of households that are worried about having to choose between heating and eating.

“The cost-of-living crisis is affecting every aspect of Irish life and we can see signs of the crisis all around us. Homelessness in this country has risen by more than 30 per cent in the past year. Between April and July of this year, applications for the emergency social welfare payment jumped by more than 10,000. Those payments are for basic necessities – food and clothing, fuel and energy.”

Deputy Pringle blamed the crisis largely on government policies and said: “We need a Government that represents all our people.”