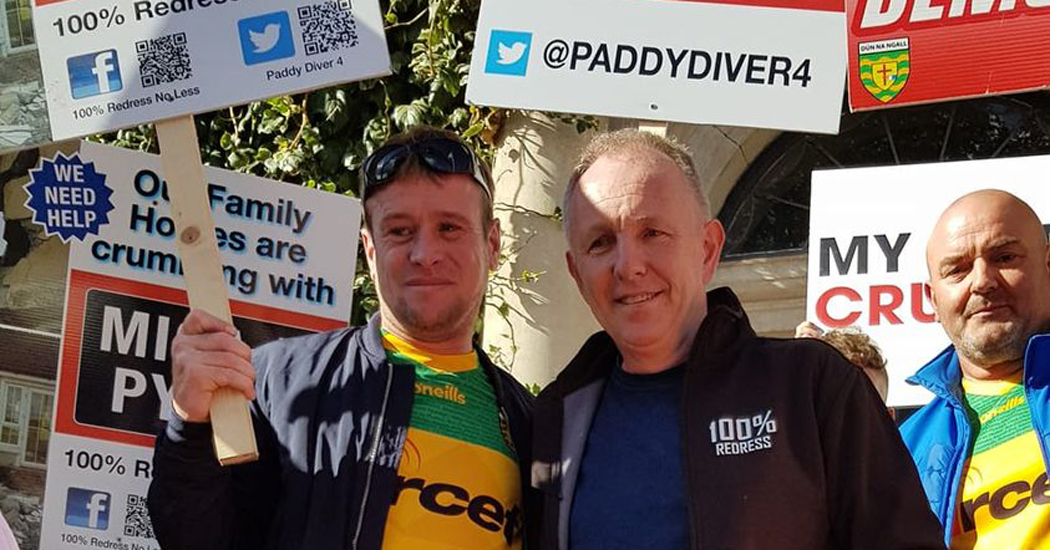 Mica homeowners from Donegal turned up in huge numbers for the cost of living protest on the streets of Dublin yesterday.

An estimated 10,000 people gathered for the Cost of Living Coalition march in the city centre on Saturday with the united message of “we need change”.

Issues to the fore were the rising energy prices, the housing crisis, the health crisis and the Mica redress crisis.

Members of Mica Action Group and affected homeowners were out in force with banners demanding 100% redress, nothing less.

Speaking from Dublin, Mica campaign leader Paddy Diver said: “We are sick of this government. We all need change, everybody is sick of the broken promises from Fianna Fáil and Fine Gael for years.”

Other groups represented on the day included People Before Profit, United Against Racism, ESB Retired Staff, Sinn Féin, the Social Democrats and the Socialist Party.