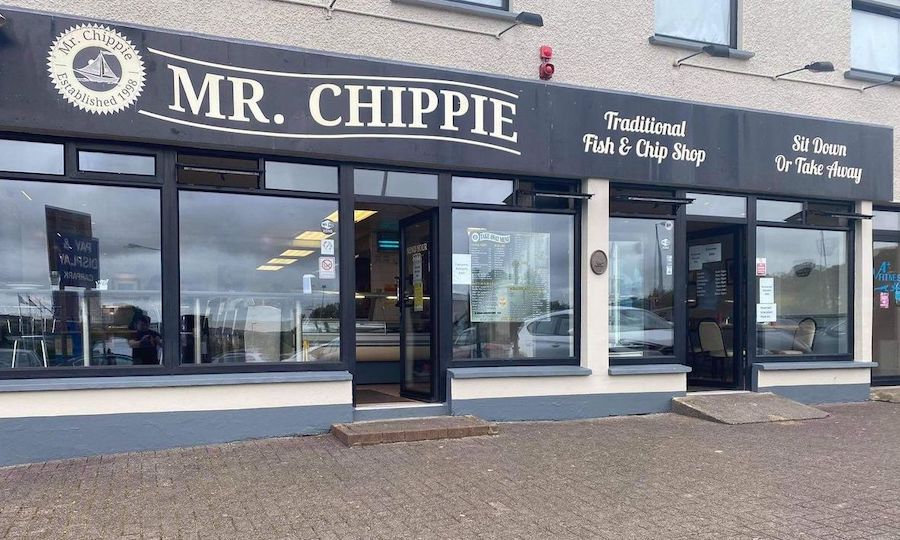 A drunken man who sprayed hand sanitiser over food in a Letterkenny restaurant has escaped going to jail.

The court heard Gardai were called to Mr Chippie, Ramelton Road, Letterkenny, at 2.45pm on February 18, 2021. The caller complained of a male causing a disturbance.

Brian Ferry, a 40-year-old with an address in Moneenroe, Castlecomer, Kilkenny, was said to have started throwing food around the premises.

The court heard that Ferry leaned over the counter, grabbed a bottle of hand sanitiser and sprayed it over food at the deli counter.

Around €100 worth of food had to be discarded and Ferry was arrested and conveyed to Letterkenny Garda Station. On the same date, Ferry was charged with being intoxicated in a public place and with using or engaging in threatening, abusive or insulting words or behaviour with intent to provoke a breach of the peace or being reckless as to whether a breach of the peace might have been occasioned.

Ferry was also charged in relation to an incident at a house in The Maples, Letterkenny, on March 3, 2021. Ferry caused damage to a bed belonging to a woman who owned the property. When she arrived home at 8.10pm, she observed Ferry laying in the broken bed.

Ferry proceeded to tell the woman that he was sick before putting his fingers down his throat and vomiting, causing damage to a bedroom rug.

The court heard that €180 of damage was caused in the incident. Ferry was charged with two counts contrary to Section 2(1) of the Criminal Damage Act, 1991.

Ferry also appeared on a charge of assaulting Garda Michael Carroll on August 25, 2021 at Ardsbeg, Gortahork.

“He is deemed as a low risk of reoffending and he is almost unrecognisable from the person who I first met,” Mr Cleary said.

“He drives to Dublin every day for work and he travels from his home to attend kinesiology. He continues to attend for this treatment and he puts his turnaround down to this.”

Mr Cleary said his client had the sum of €500 in court.

For the criminal damage at Mr Chippy, Ferry was ordered to pay €100 in damages. For the public order offence at Mr Chippy, which Judge Cunningham said was ‘very frightening for patrons’ Ferry was convicted and fined €200 with six months to pay.

For the criminal damage at The Maples, Ferry was ordered to pay €180 in damages.

Ferry was ordered to pay €220 to Little Blue Heroes in respect of the assault on Garda Carroll.

Judge Cunningham sentenced Ferry to two months in prison and suspended the entirety of the term for 12 months. Ferry entered a bond to keep the peace and be of good behaviour.

Judge Cunningham said the sentence was given ‘in light of a very serious matter and what was going on in the country at the time’.