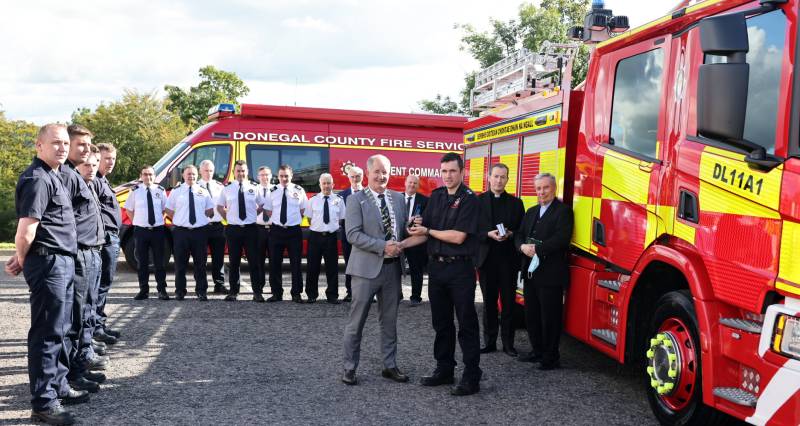 The new Class B fire engine which costs in the region of €450k is fully funded by the Department of Housing, Local Government and Heritage. 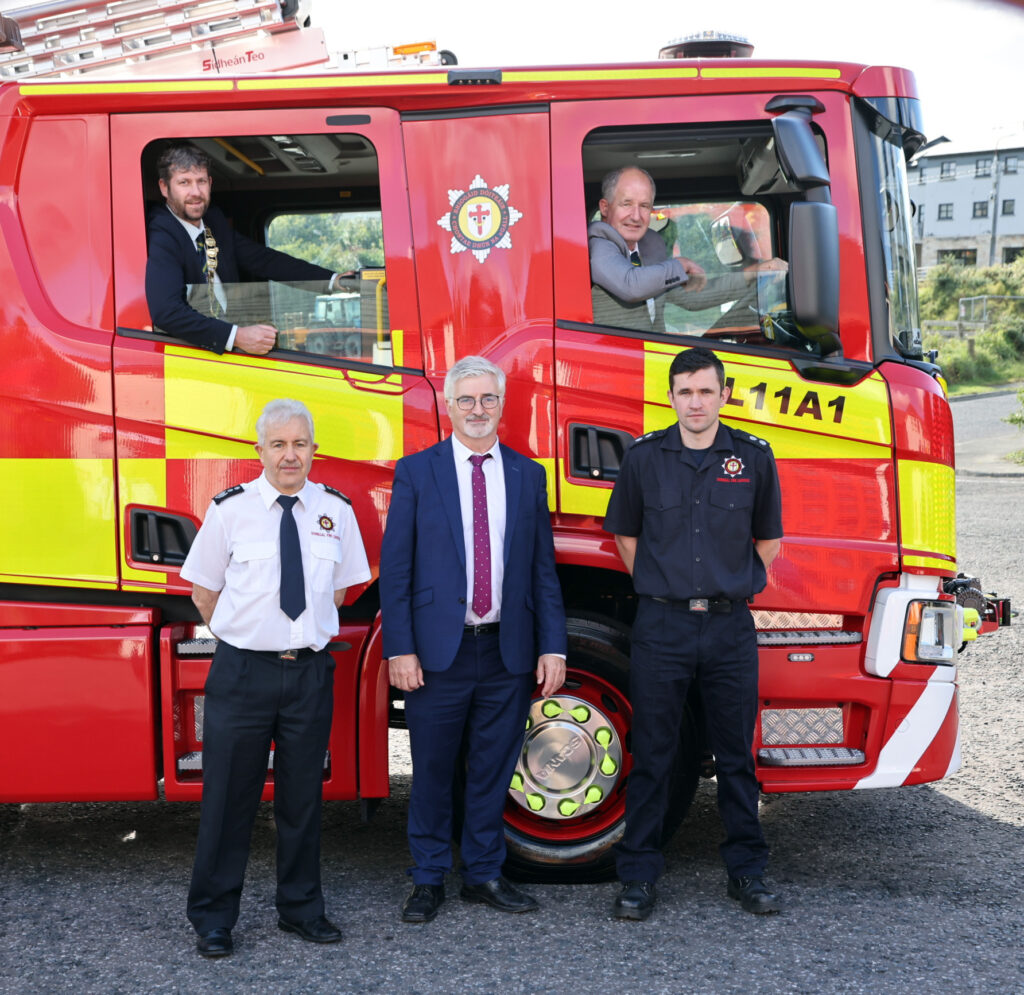 The appliance is based on the latest Scania P320 chassis and has an integrated crew cab providing seating for up to six fire-fighters. It comes with an integrated water tank coupled with an on-board Godiva Prima main pump which is capable of pumping out 3,000l of water per minute at an average pressure of 10 bar.

It comes equipped with a Compressed Air Foam System (CAFS), a 1,200l/min portable pump, a number of multi-stage ladders, a number of hoses, nozzles and a front-mounted electric winch. 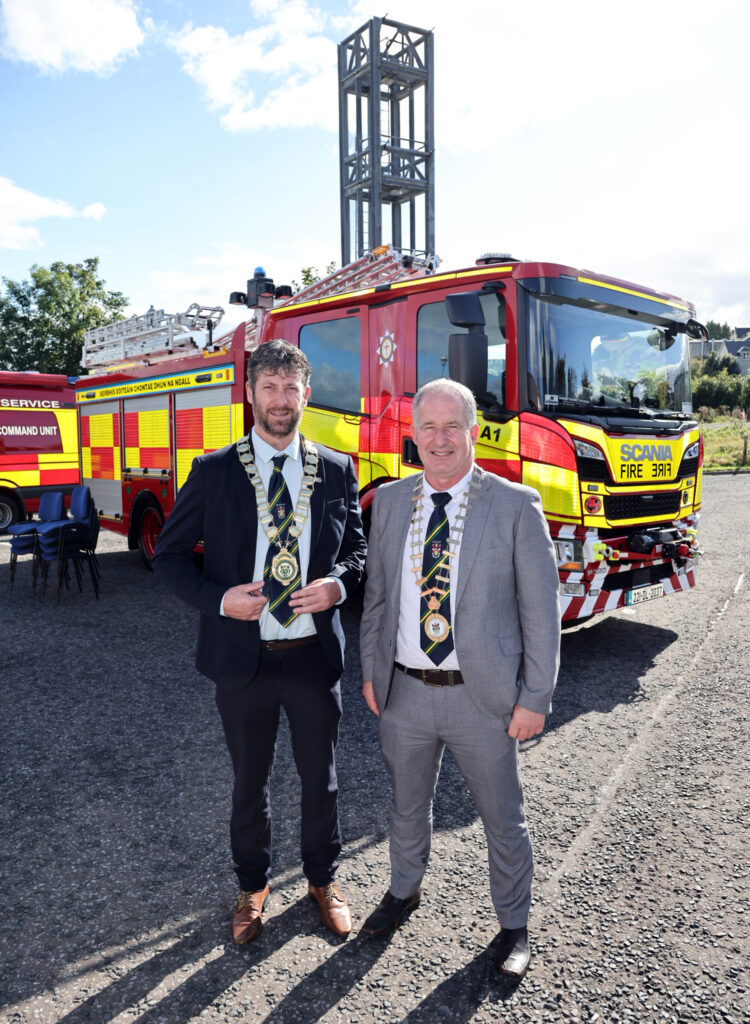 The fire appliance replaces the 2006 Scania fire engine based at Letterkenny Fire Station and according to Chief Fire Officer, Joseph McTaggart “will enhance the ability of Letterkenny Fire Brigade to deliver the operational fire service to the community it serves.”

Supplied by Sídheán Teoranta of An Spidéal, Co. Galway, this new appliance is equipped with the most up-to-date emergency lighting, high-visibility markings and comes fully equipped with many features which represents the very latest in modern fire-fighting technology. 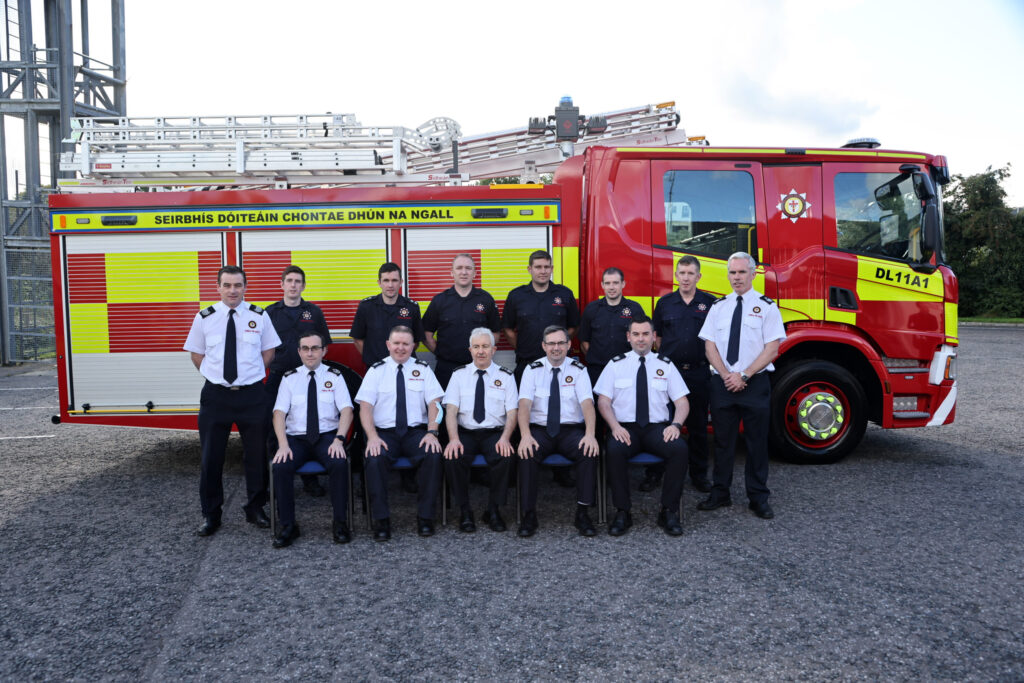 Sídheán have built a number of new appliances for Donegal County Council over the years and they have a track record of delivering first class appliances to the local authority sector over a long number of years. 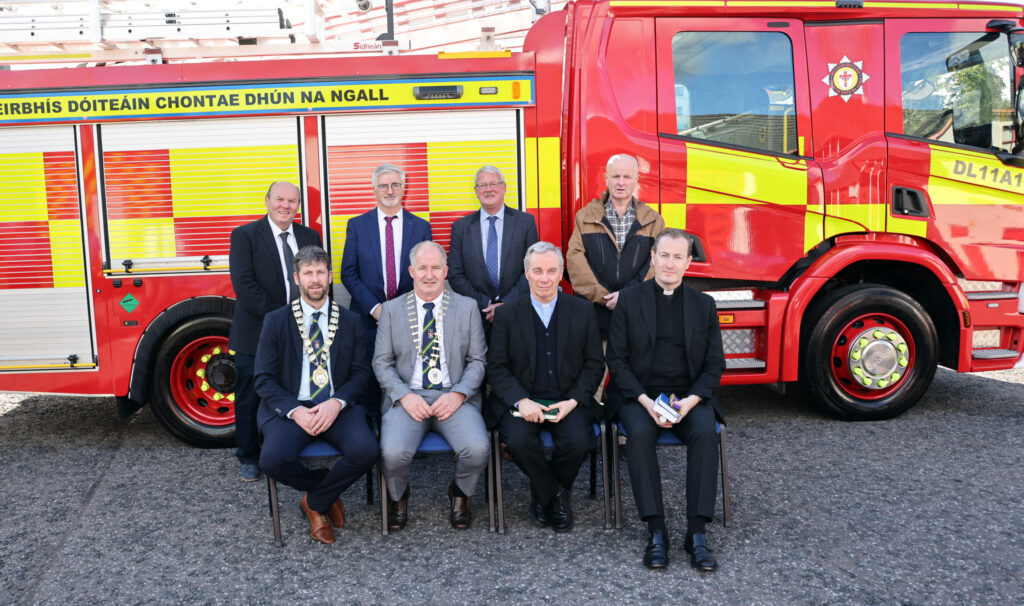 Speaking at the event Cllr. Liam Blaney commended the Fire Brigade in Letterkenny for their dedication and commitment to their service saying: “we are proud of our Fire Service and of your commitment to excellence in all that you do and it gives me great pleasure to hand over this new state of the art appliance which will ensure that you are well equipped to respond to any callout.”

Station Officer Eddy Moore was the Master of Ceremony at today’s event which included an address from Garry Martin, Director of Economic Development, IS and Emergency Services in Donegal County Council as well as a joint blessing from Rev David Houlton, Church of Ireland and Rev Fr Kevin Gillespie, RC. 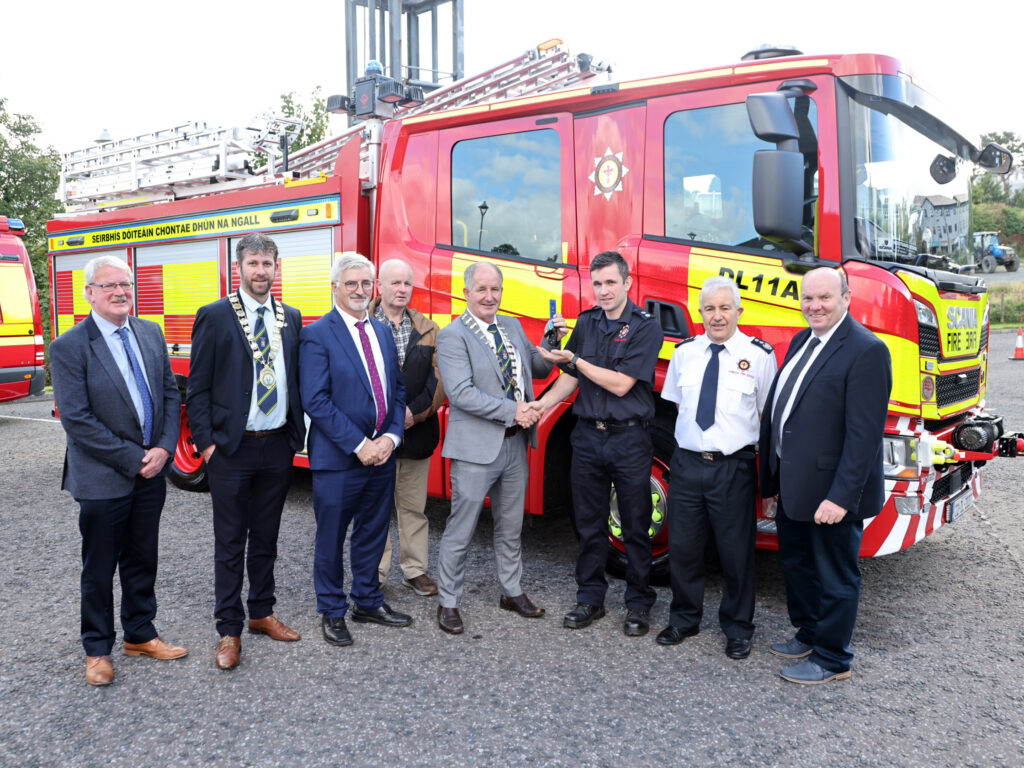 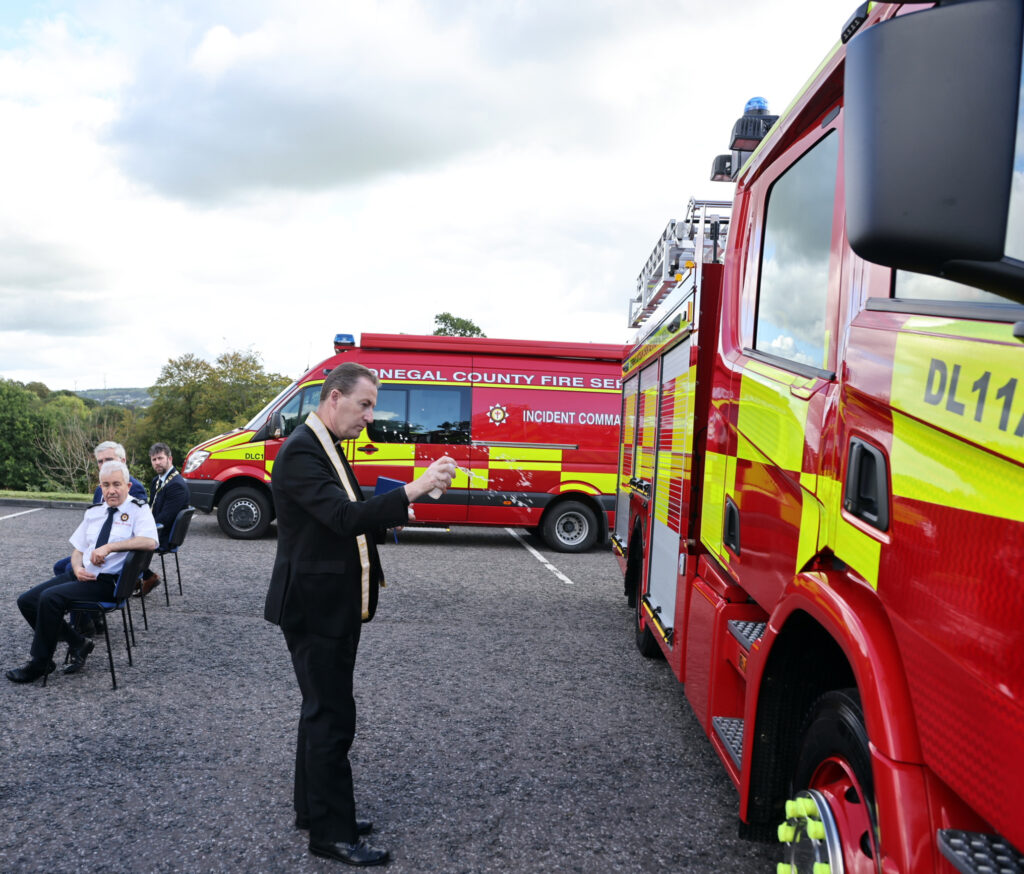 Fr. Kevin Gillespie blesses the New Fire Engine at the official hand over in Letterkenny. 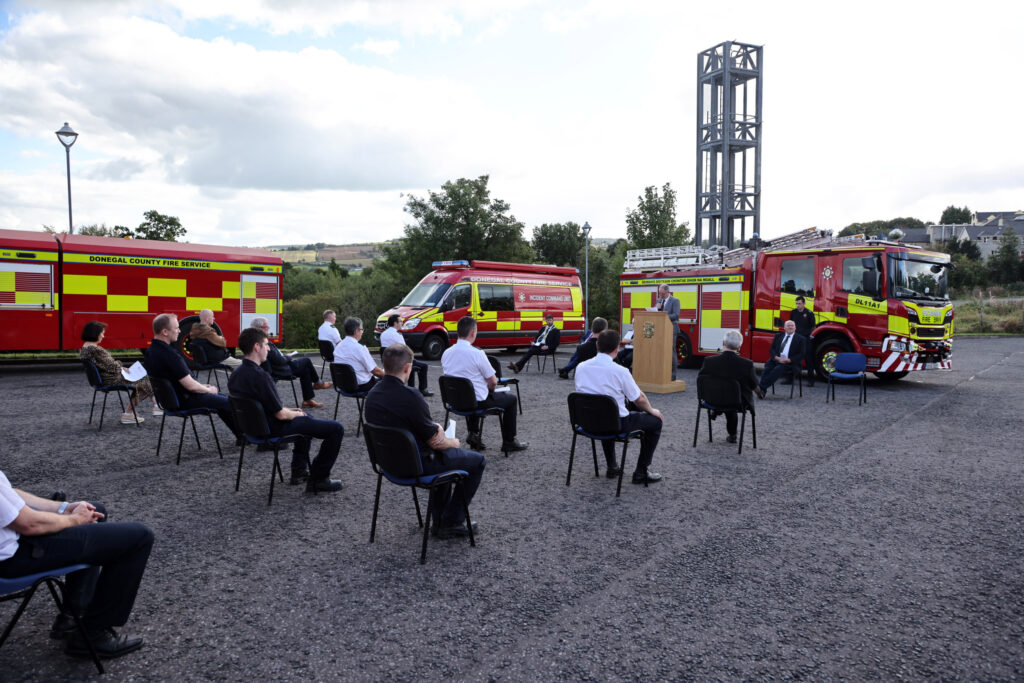 Fire crews and guests at the official hand over of the new Fire Engine in Letterkenny. 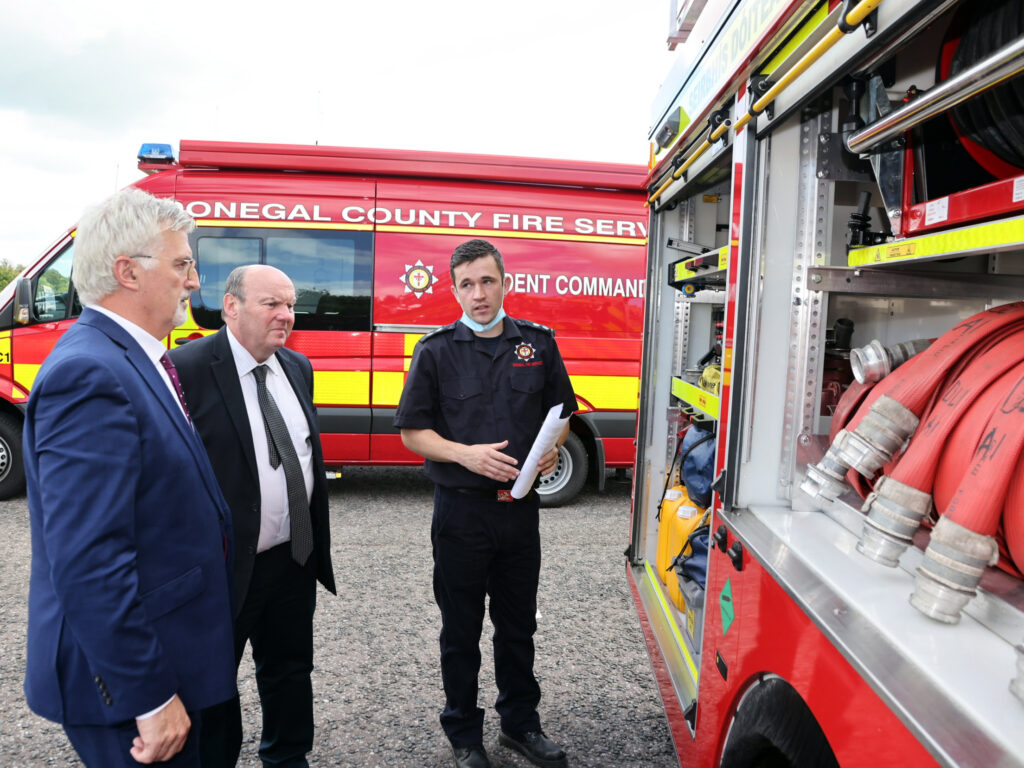 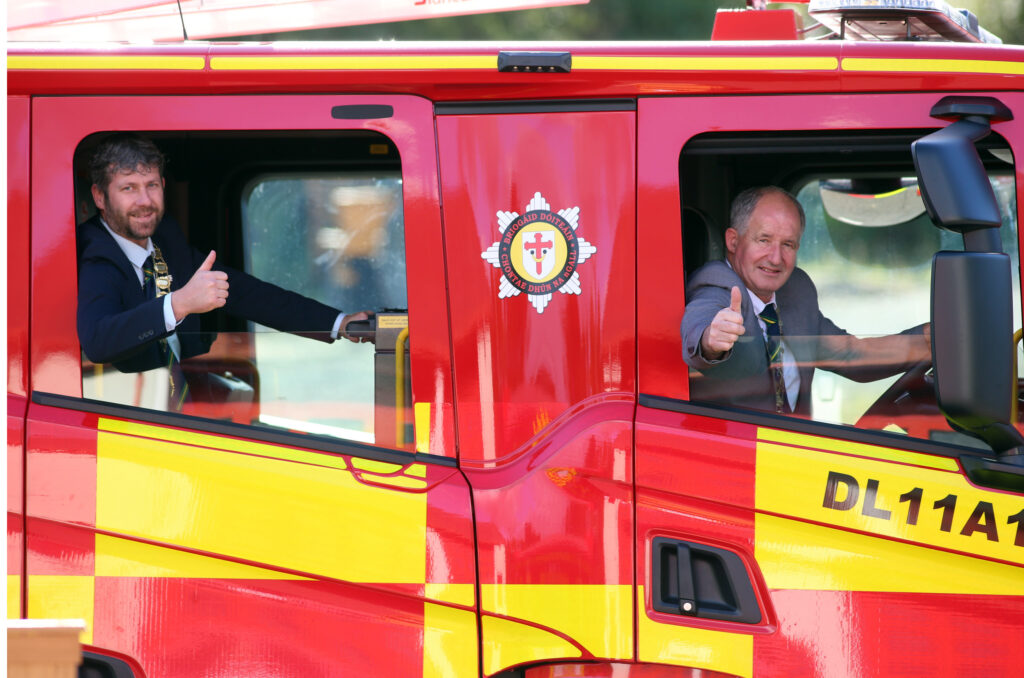 Donegal Cathaoirleach Cllr. Liam Blaney at the wheel of the new fire engine which he officially handed over to Letterkenny Fire Brigade pictured with Letterkenny and Milford Municipal Mayor Cllr. Donegal on board. Photo Brian McDaid. 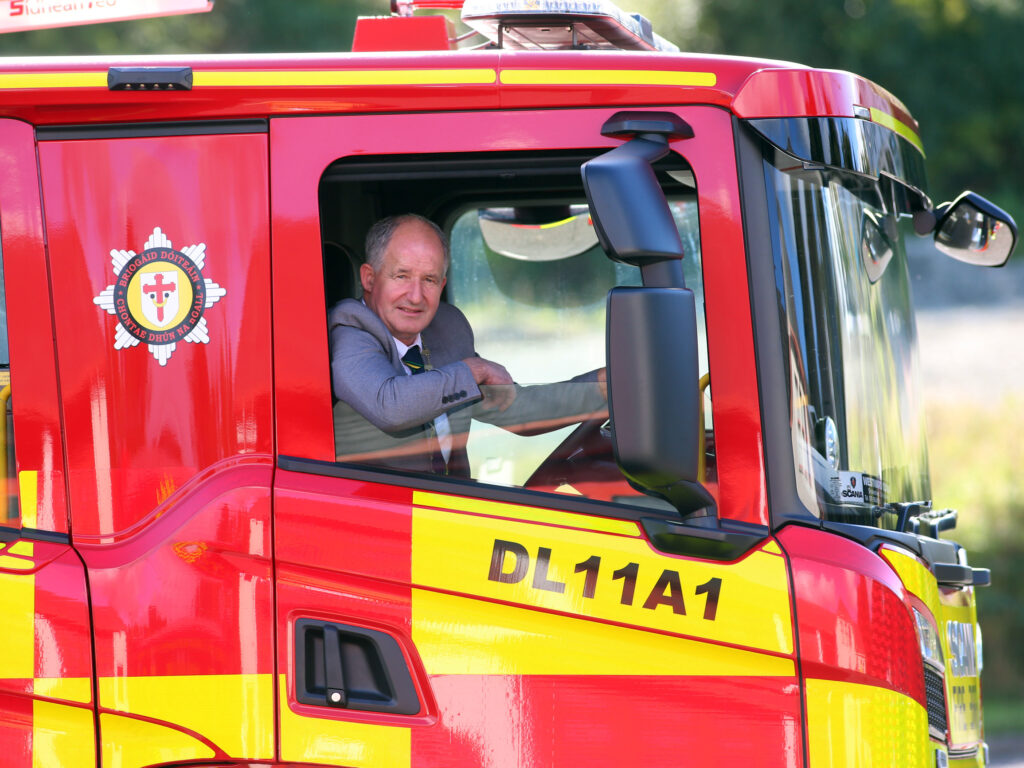