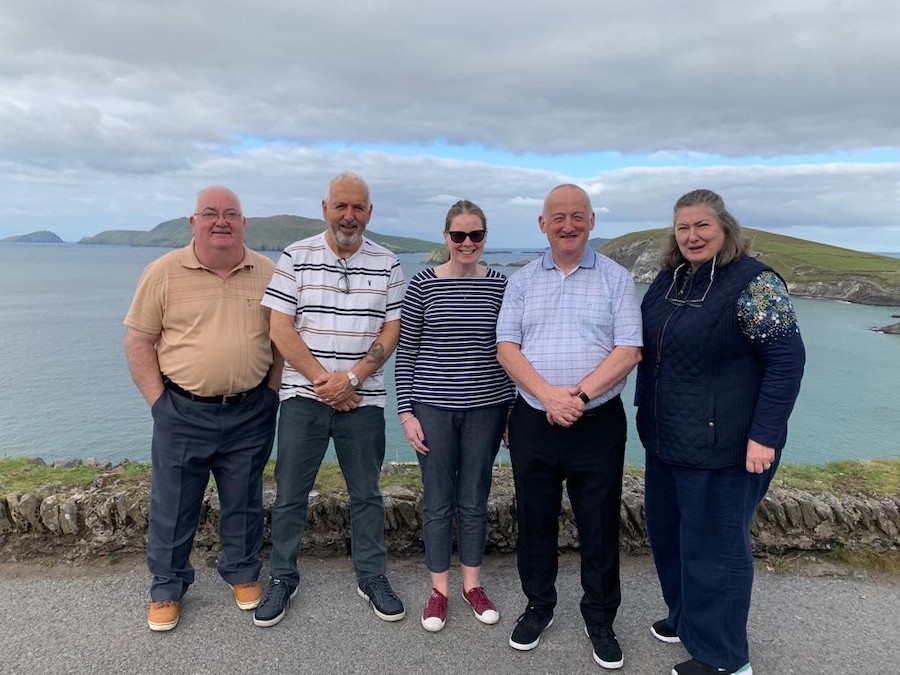 Remote Scottish islanders reach out hand of friendship to Donegal

People on a remote Scottish island have reached out the hand of friendship to Donegal in a bid to forge links between the two areas.

It follows a meeting between residents of islands off the Outer Hebrides and delegates from Donegal County Council.

The meeting took place at the recent Gaelic conference in Stornoway on the island of Lewis, Bragar and Arnol Community Trust which is located on the West coast of Lewis.

Islanders say they are now keen on creating links with County Donegal.

It also follows a recent visit by group of representatives from Bragar and Arnol Community Trust (BACT) to County Kerry.

Murdo Morrison, Community Officer with Bragar and Arnol Community Trust said “It was a great pleasure to meet up with Councillor Michaél Cholm Mac Giolla Easbuig and his colleagues from Donegal County Council while they were over in Stornoway and we are looking to actively build on that connection in the coming months.

“We have just returned from a fantastic trip to County Kerry and would be very keen to build similar relationships with the Donegal Gaeltacht.”

The group’s visit to Kerry was supported by Bòrd na Gàidhlig and Foras na Gàeilge.

While the group were based in the town of Dingle they travelled extensively and met with a number of local community development groups and language, business, tourism and education representatives.

The trip included a visit to The Great Blasket Centre as well as Dunquin National School and also to Ionad an Dromada in South-West Kerry.

Murdo Morrison added “We thank Bòrd na Gàidhlig and Foras na Gaeilge and for their support through the Colmcille fund.

Brian Ó hEadhra, Partnership and Funding Manager with Bòrd na Gàidhlig said “We were delighted to support this initiative through the Colmcille funding scheme in partnership with Foras na Gaeilge.