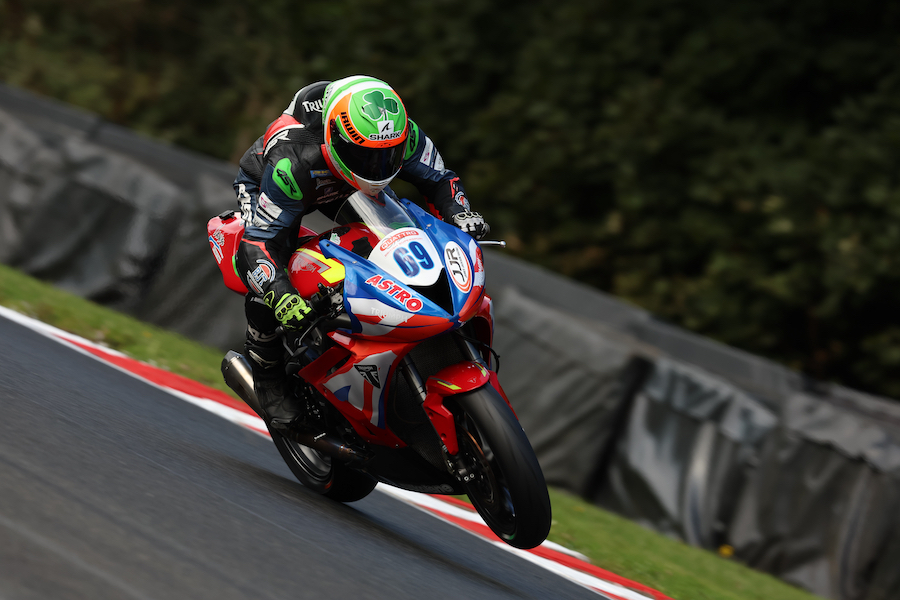 Friday brought Round 9 of the British Superbikes Championship at Oulton Park Race Circuit, UK to our television screens.

All eyes were on the Premier Supersport Class with two televised races saturday and Sunday and a full grid of seasoned racers led by veteran four times British Champion Jack Kennedy.

Rhys racing on his Astro Triumph had a good start to the weekends racing qualifying on the second row of the grid.

Race 1& 2 Rhys secured 7th & 6th place respectively setting the fastest lap time of a Triumph 765 around Oulton Park by over a second.

“This is the best I have felt all year on the Triumph. We have been working really hard to sort out major problems. They are still not fully resolved but Stu and the team are just great and are working really hard to give me a competetive bike. I am coming away with two strong results and looking forward to Donington Park next week.’

Caolán on his R&R Yamaha was second fastest on Friday morning FP1 went on to qualify well.

Race 1 Caolán finished a solid 12th place went on to have an eventful Sunday moring with a major mechanical issue requiring a full engine rebuild made it to the line with seconds to spare to finish Race 2 in 14th Place.

‘Overall I’ve had a strong weekend. With a 12th and 14th I have secured good Championship points. Hats off to Charles and Caroline for getting me to the line for Race 2. I have a great team dynamics this year which is great for building my confidence for my first year in this class. This is as competitive as this class has been in years with the racers at the front setting fast laps. There is just no room for error,” said Caolán. 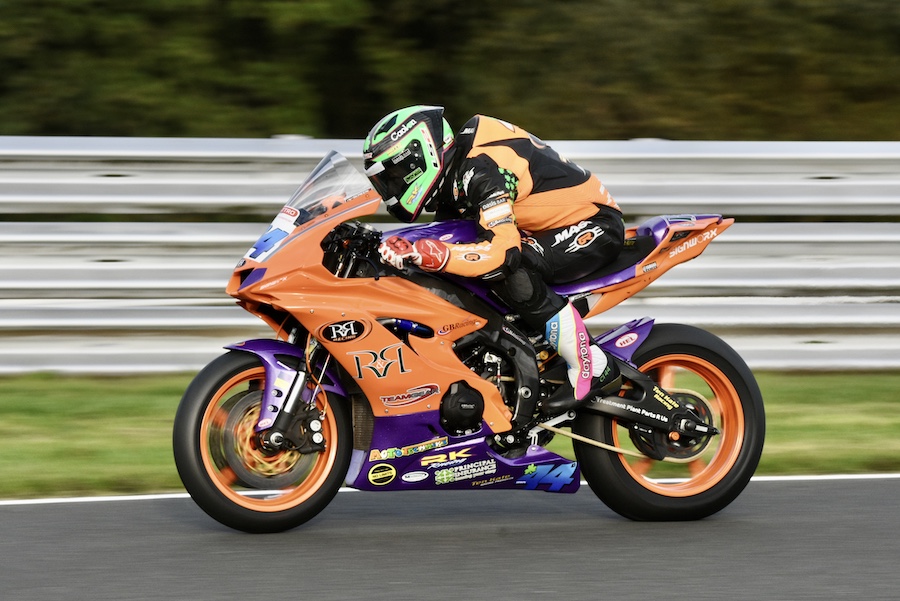