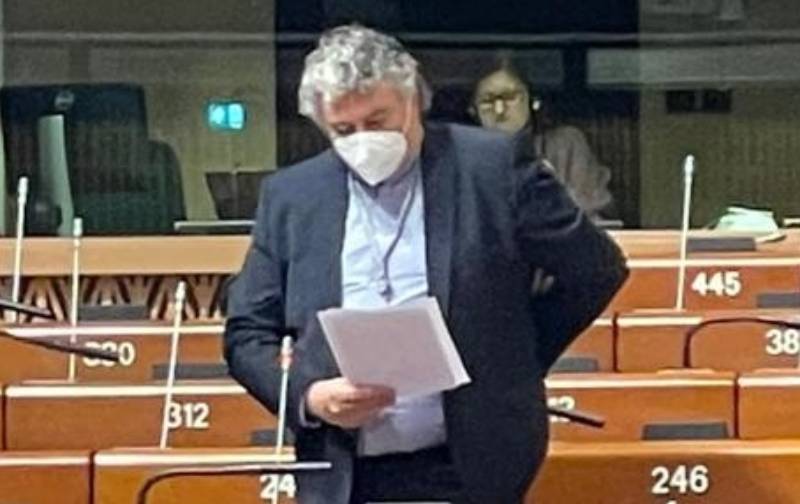 ‘A budget for energy companies and landlords’ – Pringle

Addressing the Dáil during budget remarks, Deputy Pringle said this budget has failed many people in this country who are struggling to make ends meet.

He said “This is very clearly a budget for energy companies, oil companies and landlords. A budget to facilitate the greed and eye-watering profits of those who are making money off a crisis that is crippling hundreds of thousands of our constituents.

“This is not a budget for our fishing communities, who have taken a huge hit this year, or for our families affected by defective blocks.

“This is not a budget for those living in Direct Provision, for Travellers, for farmers, for small business owners, for our carers, foster carers, nurses, SNAs and teachers, for our young people or for rural Ireland,” he said.

Childcare: Deputy Pringle called for a public, family-centric model. “We need to move towards a free universal system, such as in Finland, and in the interim, a phased approach such as the highly successful Norwegian model, which would see caps on fees at low, affordable rates, with state subsidies,” he said.

Disability: The deputy said all budgetary measures must be in line with the State’s obligations under the UNCRPD. He said: “This means moving away from systems that segregate and marginalise disabled people and move towards inclusive policy.” He said on average EU countries spend 2% of their GDP on social protection expenditure for disability. Ireland’s expenditure is just 0.8 percent, the EU’s second lowest.

The deputy said: “A recent ESRI report noted that disabled people are disproportionately impacted by poverty at a rate of 19.2%. That is almost five times greater than the national average (4%).”

He said: “An equity payment must be introduced, as actual costs faced by individuals with disabilities range from €9,600 – €12,300 a year and one-off payments simply aren’t good enough.” There is also no legal right in Ireland to a Personal Assistance Service, and this must change, with a minimum investment of €20 million, he said.

Deputy Pringle said: “Quality of life and a human rights-based approach must be our priority,” saying income thresholds and means tests for social housing and housing adaptations must be reviewed and Ireland must invest in an accessible transport system in direct consultation with DPOs.

He said: “A recent ESRI report found that Ireland has the fourth lowest employment rates in the EU for people with disabilities, at just 36%. This shows that we are failing disabled people all the time.”

Housing: Deputy Pringle said: “We need to move away from housing being seen as an asset or a commodity. Housing is a basic human right and should be treated as such.

“We should borrow now for capital investment in a nationalised housing body, which would allow us to create a State-owned construction sector that would generate apprenticeships, trades and jobs that would in turn focus on building social housing and cost rental homes.

“It is also not enough to throw a number at the provision of Traveller accommodation. Councils have failed time and time again to draw down these funds and this should have been addressed in this budget,” he said.

The deputy said: “The €500 tax credit for renters that this government is introducing is just going to end up in the pockets of landlords who will hike up rents to make it up. A more meaningful gesture would have been to freeze rents and introduce an eviction ban. And we need to ensure that there are actually houses available to rent.

“It is not enough to increase the vacant home tax, this will only further incentivise landlords to Airbnb their properties. We need a 50% tax for Airbnb and subsidies for long-term rentals going forward,” he said.

Energy: Deputy Pringle said: “I was in contact with one business owner in my hometown of Killybegs whose energy bill alone is working out at an additional cost of €160,000 for the year. And then we see, for example, how SSE has been allowed to gain pre-tax profits of more than €1.1 billion, while continuing to increase electricity prices by 35% and gas by 39% for struggling households.

“This is grotesque and immoral, and it needs to end now,” he said.

The deputy said: “If ever there was a time to renationalise an industry, it is now.”

“By taking it back into public ownership, the profit motive would be gone and we will have the ability to implement price freezes. We shouldn’t have to rely on private companies to treat our citizens fairly, and we certainly shouldn’t naively expect them to prioritise and invest in renewable energy either,” he said.

He said: “Instead of using this opportunity to take power away from profit-hungry companies, the government has instead decided to subsidise them,” through the energy credits.

The deputy said: “And it’s not just for the people who need it, but for people like us who clearly don’t. How can we here, with our income, justify getting the same reduction to our energy bills as households that are genuinely struggling? I think that’s an absolute disgrace.”

Deputy Pringle said: “That’s the biggest problem with this government as I see it: They are willing to pump money into private companies to provide a quick fix, rather than addressing the actual core issues and making the structural change that is needed in this country.

“Without this change, we will only continue to push up the already high emigration rates that we are seeing amongst our young people,” he said.

Deputy Pringle said: “This speaks absolute volumes and is a scathing indictment of Government mismanagement, disconnect and short-sightedness.”