A senior ISPCA inspector in Donegal has spoken out after a local farmer was banned from keeping animals for ten years.

Leslie Stewart received the ban, a €1,500 fine and also a suspended jail sentence after being charged with various animal cruelty charges at Letterkenny District Court.

The charges related to animals being kept under his control at leased lands at The Thorn outside Letterkenny.

He said: “This has been a prolonged and challenging case involving a persistent offender. The ISPCA would like to thank the Minister for Agriculture, Food and the Marine for prosecuting this case and also DAFM veterinary and technical staff, along with An Garda Síochána, for their assistance which ultimately led to a successful prosecution and conviction in this case”.

The case resulted from multiple inspections of Stewart’s farm by officials from the Department of Agriculture, Food and the Marine (DAFM) assisted by ISPCA Senior Inspector McGinley. 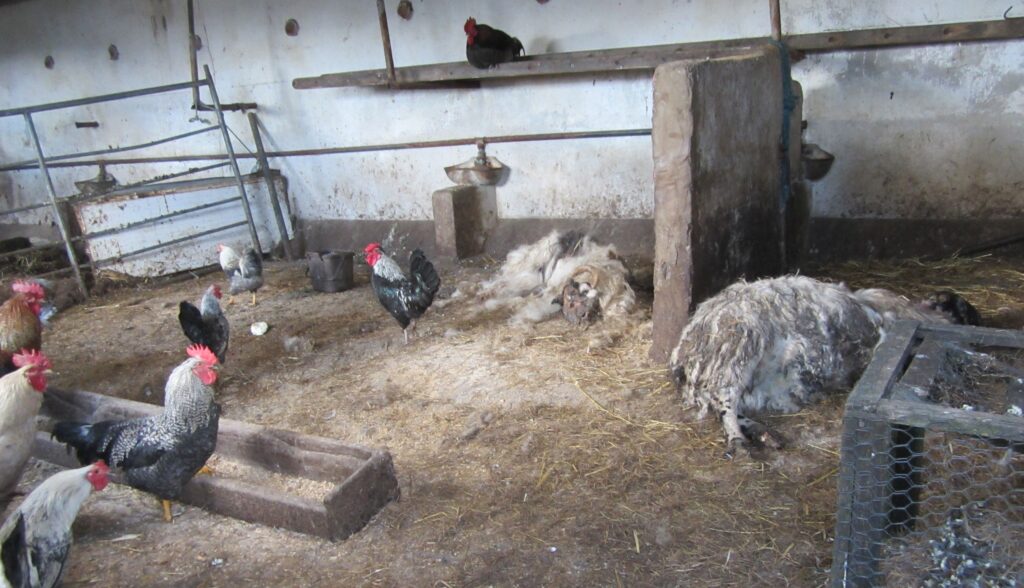 Some of the dead sheep carcasses.

The visits took place between 2019 and 2021 and led to the discovery of a number of animals of different species in various states of neglect on the farm.

Mr Stewart had previously received a two year disqualification from keeping animals and a suspended jail sentence in 2016 for cruelty to horses and donkeys discovered on his property.

Mr Stewart had entered guilty pleas to 16 of 30 charges at a previous court sitting on 6th September. At that time, DAFM Veterinary Inspector Brian Gormley gave evidence of his findings, and the court was shown photographs taken by Senior Inspector McGinley.

The offences related to dogs being kept in a van without water, allowing the carcass of a sheep to remain unburied, and keeping pigs and poultry in trailers without adequate access to water.

Three collie type dogs were removed from a locked van and assessed for symptoms of heat stroke. The dogs remained in ISPCA care for rehabilitation and were subsequently rehomed. 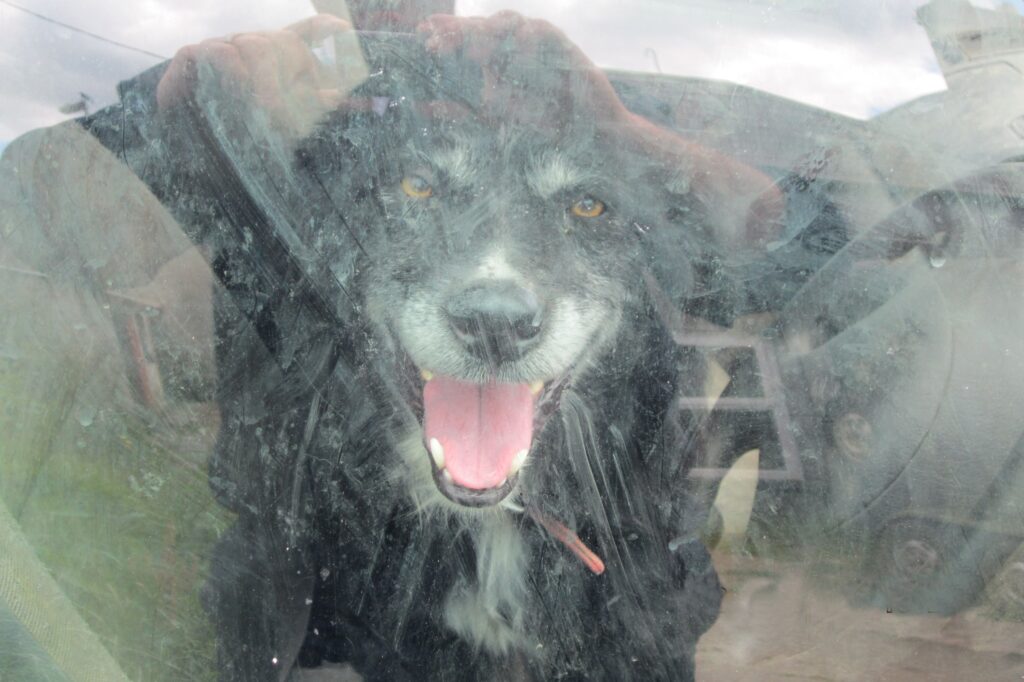 One of the dogs locked in a car.

On passing sentence, Judge Éiteáin Cunningham described the case as “horrendous” and “disturbing.”

She fined Mr. Stewart a total of €1,500 and also banned him from keeping animals for ten years, noting that the accused had clearly “not learned” from the experience of his previous two year ban.

The court was told that the accused was currently leasing 33 acres of land at The Thorn. Judge Cunningham ordered that DAFM were be made aware of who controls the lands and that no animals were to be kept in sheds on the land in the course of the ten year ban.

She also gave an order that any animals on the land, understood to be two dogs and a number of poultry, were to be seized. A number of horses and cows on adjoining lands are understood to belong to a neighbour.

In addition, Mr Stewart was sentenced to a total of four months in jail with the sentences suspended for 12 months.