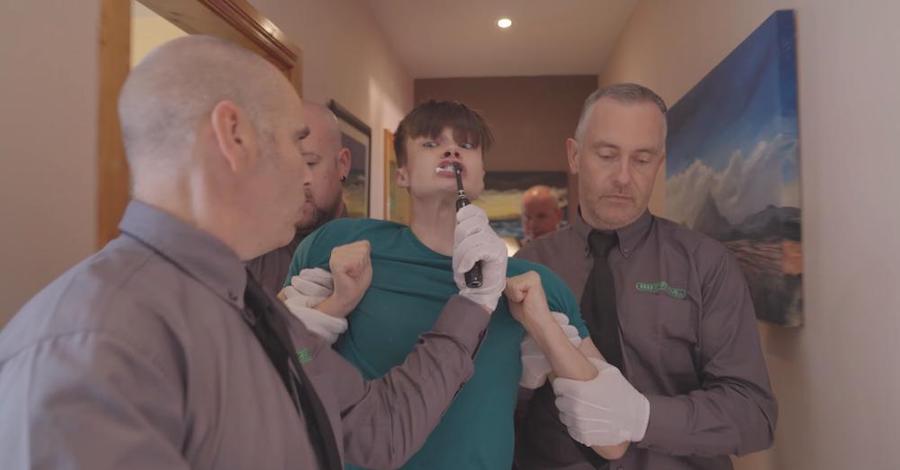 The video shows a student being pampered onto Bus Feda routes.

Staff can be seen helping the student get out of bed, brush his teeth, sprayed with deodorant and carried onto his waiting transport.

As well as making students get to college on time, Bus Feda staff pack the student’s belongings including his beloved Playstation and even the kitchen sink!

As he is being escorted out the door, the young student’s mother roars at him to remember his wallet and phone.

There’s even a cheeky cameo appearance from Bus Feda boss Brian O’Donnell who tells the worried mother “Mam, relax we have everything under control.”

The hilarious Bus Feda advert even suggests the service is “almost too convenient.”

Bus Feda operates daily routes for students across a number of routes and to a number of colleges including ATU Donegal, IT Sligo and NUI Galway.