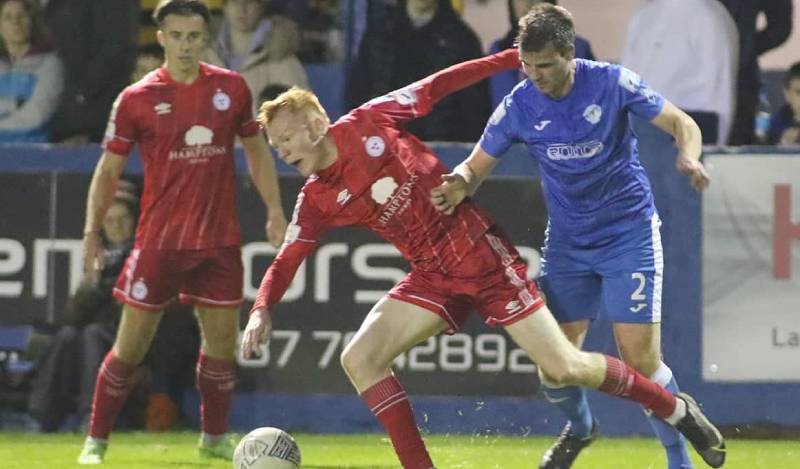 Honours even at Finn Park as Harps move off bottom

Finn Harps moved back to ninth place and above UCD in the Premier Division after a 1-1 draw with Shelbourne at Finn Park.

A real game of two halves, Finn Harps took the lead in the second half through the returning Conor Tourish who flicked on Barry McNamee’s cross from a quick corner.

But Shelbourne quickly replied through a Stephan Negru header after a Shelbourne corner five minutes after the opener.

A massive save by James McKeown to prevent substitute Sean Boyd from scoring in added time gave Harps the point, while Brendan Clarke made the save of the game to deny Rob Jones as both sides could have won but a draw was probably a fair result.

Ollie Horgan made three changes to his side that lost to Bohemians, with Tourish returning from injury, while Ryan Connolly and Liam McGing returned to the starting XI. 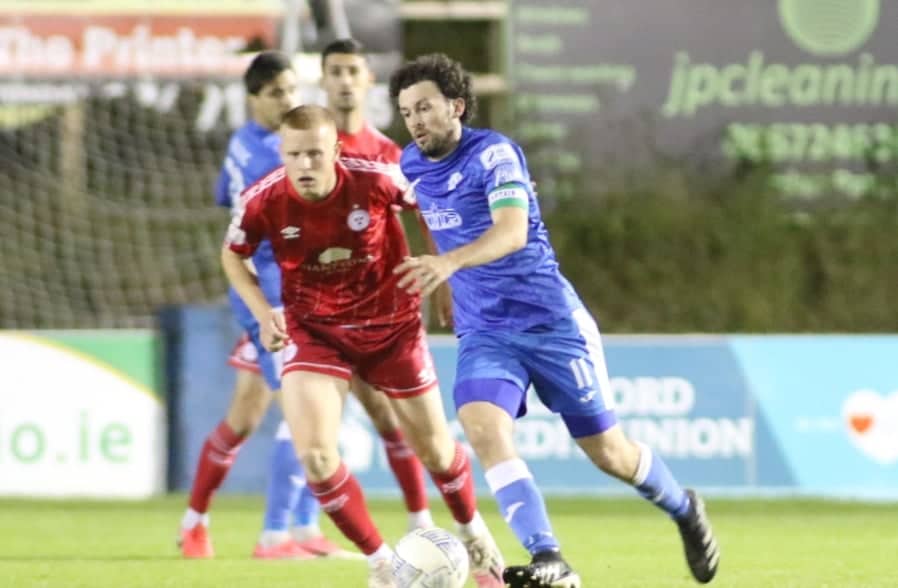 They come in to replace the suspended Ryan Rainey, with Filip Mihaljević drops to the bench and Élie-Gaël N’Zeyi misses out through injury.

Meanwhile, Shelbourne made five changes from their 0-0 draw with league leaders Shamrock Rovers.

A slow start to a game that never amounted to much in the first half, Shelbourne had a couple of shots from outside the box, firstly through Matthew Smith but his curling effort went over the bar.

Aodh Dervin then took on an effort from 25 yards out but it was nowhere near the target.

Harps suffered an early blow when Eric McWoods was forced off with a hamstring injury after just 13 minutes, with Mihaljević coming on for the American. 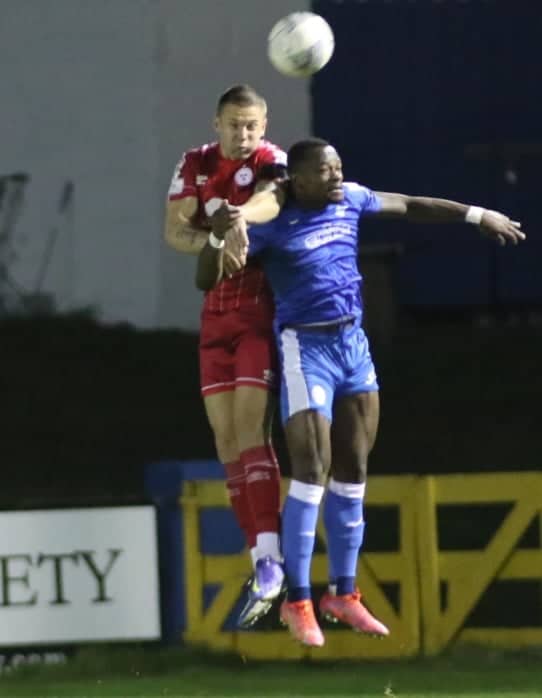 The Croatian striker was also in the wars as he was fouled twice in a minute which saw Shelbourne pick up two bookings.

Firstly, a coming together with Shane Griffin, and then a slide challenge by Dan Carr, who came on as a sub for the injured Gavin Hodgkins making his first league start.

In the last five minutes of the half, Shelbourne had a couple of chances, as Joshua Giurgi found Shane Farrell who headed the ball to Carr.

Rounding an onrushing James McKeown, the town end looked on in fear of a Shelbourne goal but Gary Boylan got back to make a last ditch tackle and give away the first corner kick of the game. 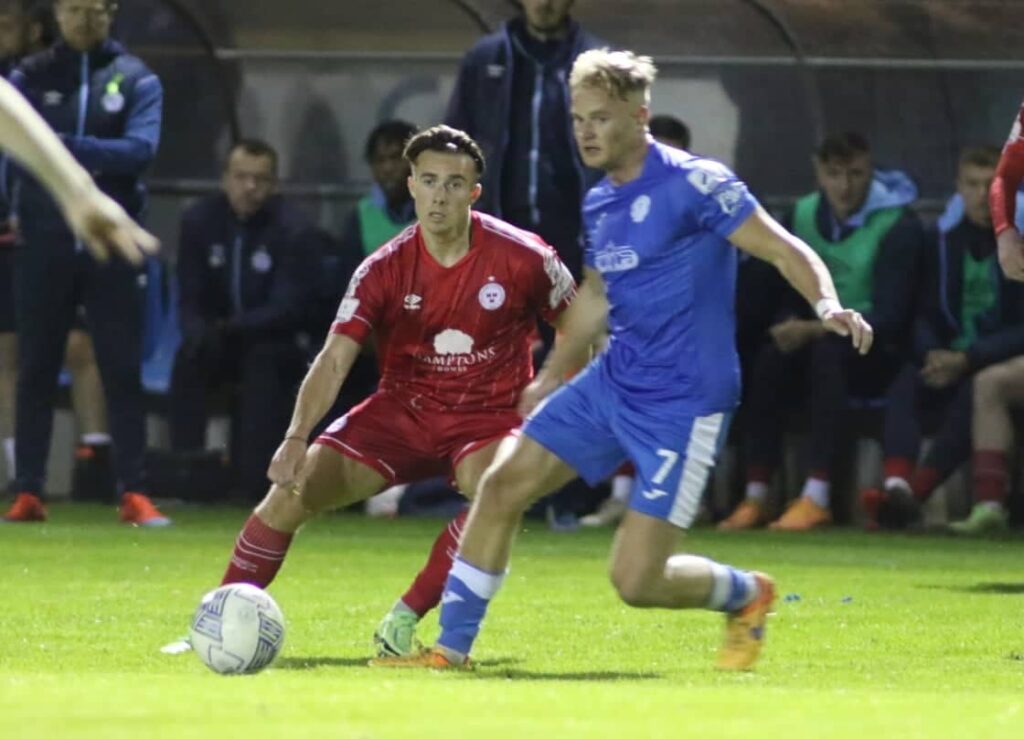 The second and final corner of the half was whipped in to Stephan Negru but his header was cleared and referee Adriano Reale blew to end a half deprived of chances.

But for the disappointment of the first half, the second half sprung to life quickly as Harps attacked and delivered dangerous crosses at either wing.

Harps took the corner quick, with Donelon playing it short to McNamee, and his cross found Tourish at the front post whose glancing header went into the far bottom corner of the net, 1-0 in the 7th minute of the second half. 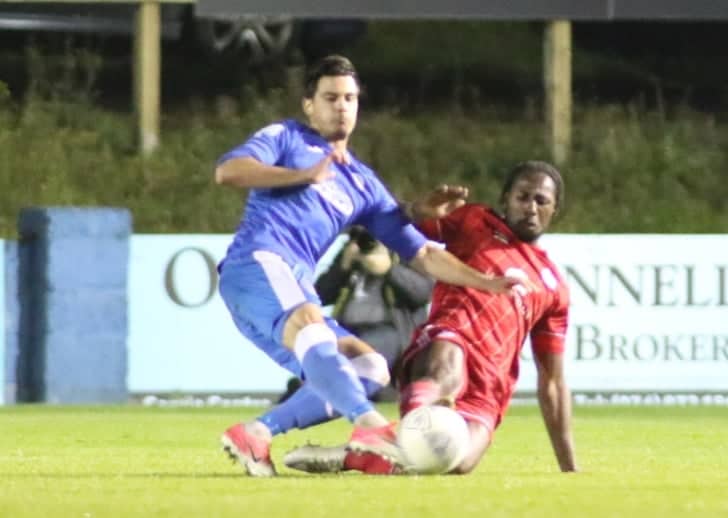 This woke Damien Duff’s side up and from a long ball, Carr headed Giurgi through, trying to round McKeown but the Harps keeper got a touch to the ball and Giurgi’s cross to Smith ended up out for a goal kick.

Minutes later, a Shelbourne corner came in by Giurgi and towards the back post again looking for Negru, a constant tactic used by The Reds from corners, he headed towards goal and McKeown failed to keep it out.

Both sides then had great headed chances, Carr first connecting with Farrell’s cross but his header across goal was punched away by McKeown.

A trademark Ethan Boyle long throw then saw Rob Slevin flick on to Tourish but he couldn’t connect cleanly from close range. 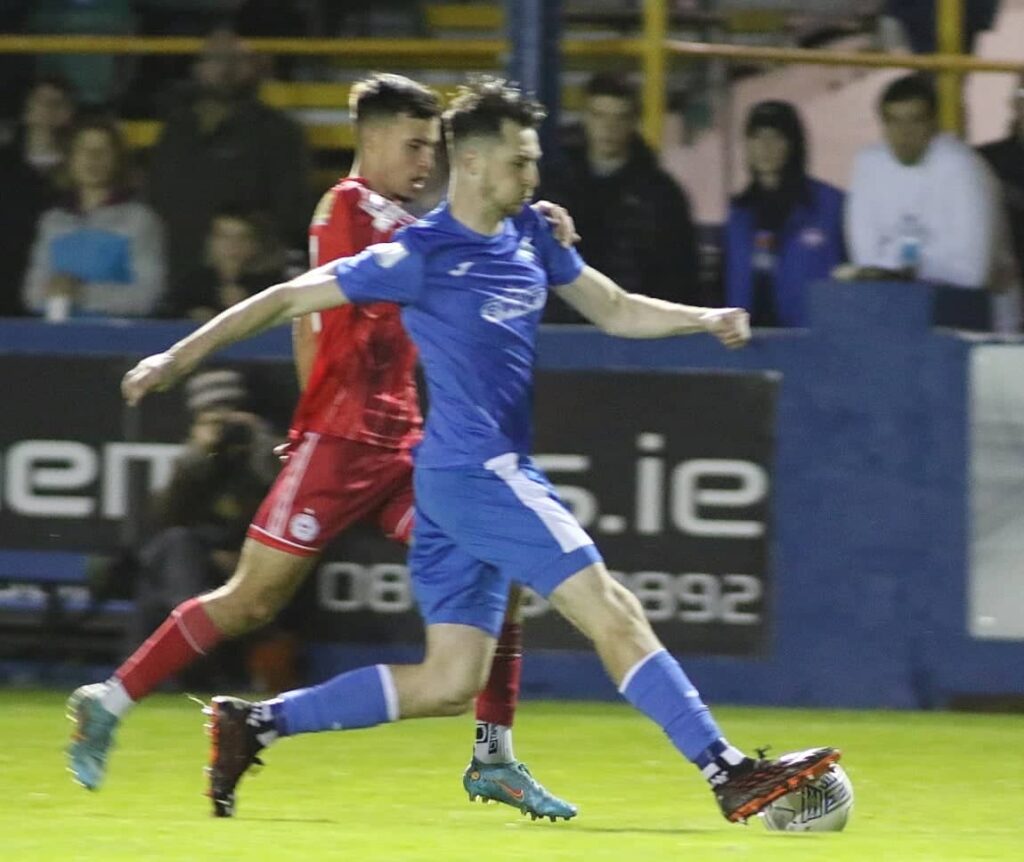 Brendan Clarke then proved his worth to Damien Duff when Conor Tourish’s cross-field ball saw Mihaljević head the ball to sub Rob Jones, and with the ball going towards the top corner, Clarke just tipped over with his arm outstretched.

Shelbourne might have thought they had won it when ex-Finn Harps man Sean Boyd was found by Smith, and in 1-on-1, he tried to curl into the far corner but McKeown made a great save with his foot.

It ended 1-1 at Finn Park and it lifts Finn Harps off the bottom of the Premier Division on goal difference after UCD were defeated 1-0 away to Bohemians. 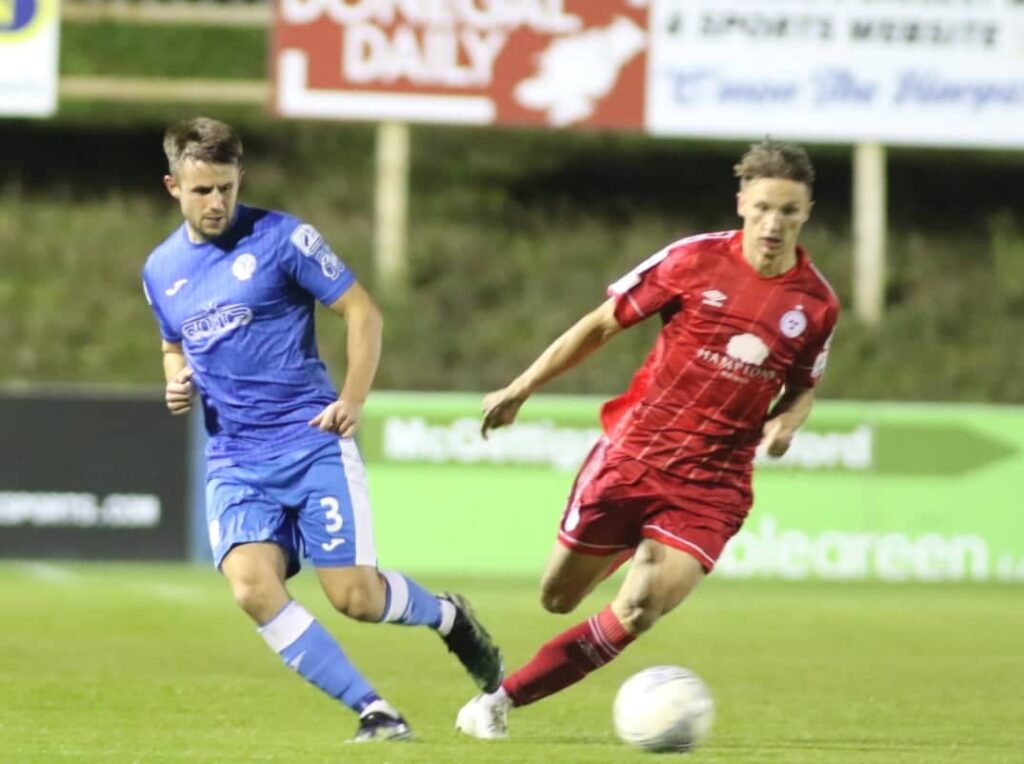 Honours even at Finn Park as Harps move off bottom was last modified: September 30th, 2022 by Dáire Bonnar
FacebookTweetLinkedInPrint