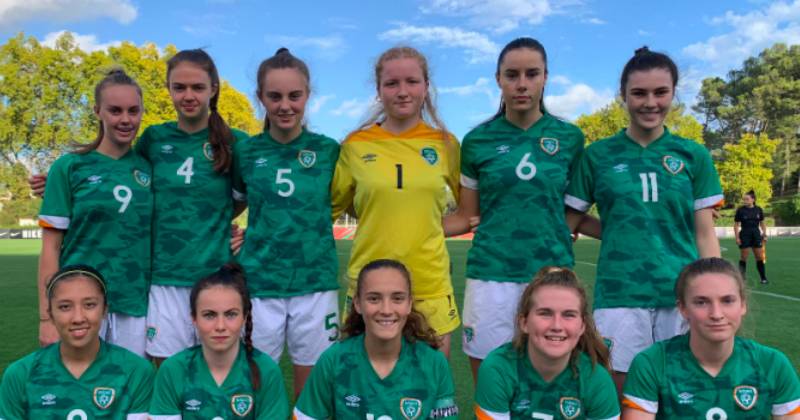 Jodie Loughrey captained the Republic of Ireland Under-17s to a 3-3 draw away to Portugal.

The Buncrana woman played the full 90 minutes for James Scott’s side as they came from two goals down to salvage a draw at the Estádio Nacional do Jamor.

Millie Daly got one back for Ireland as her chipped effort beat goalkeeper Adelaide Paredes but Portugal went in 3-1 ahead at half-time when Lara Martins scored.

But Ireland battled hard and Heidi Mackin gave them hope as her free-kick from 30 yards out flew into the net.

And when another free-kick was parried by Paredes, Mackin was on hand again to bundle the ball over the line.

The two sides face off again on Sunday 2nd October at Cidade do Futebol and Loughrey, who plays for the Donegal Womens League side will hope to feature again before their upcoming UEFA Women’s Under-17 European Championship qualifiers.

In late October, the WU17s will travel to Northern Ireland for their Group A3 games against the hosts, as well as Austria and Finland.