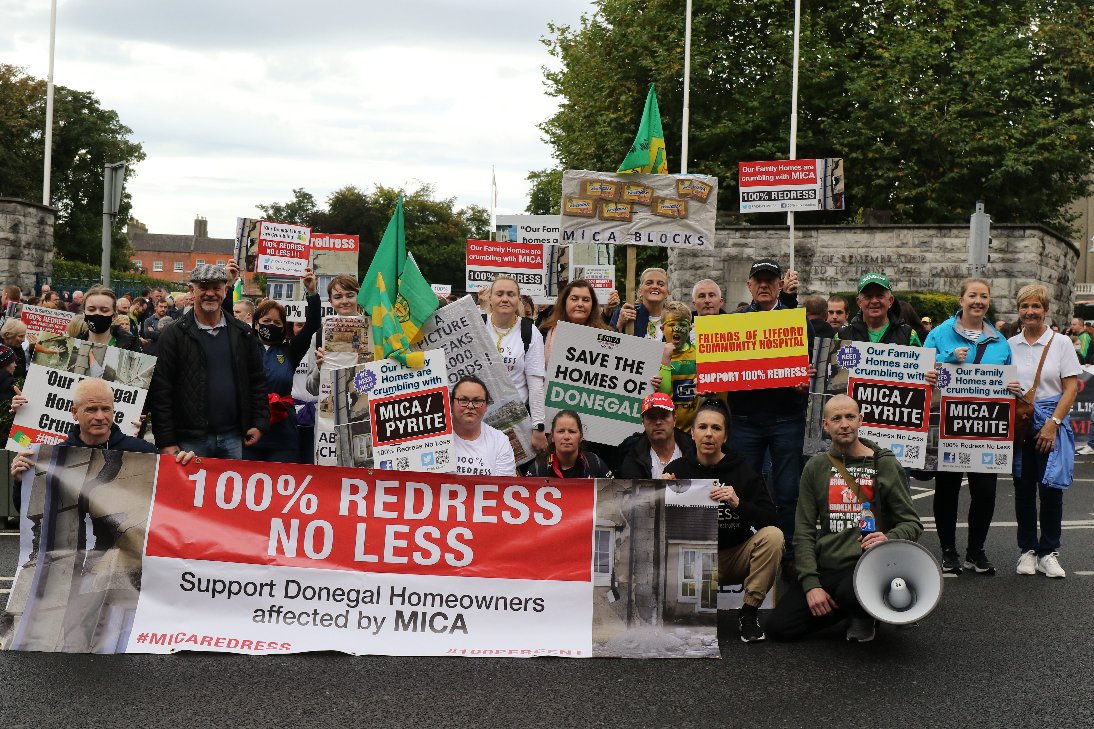 ‘On what planet does this make sense?’ – Tánaiste is asked to defend concrete levy

The cost of the Mica scheme has to be “borne in the round by society” the Tánaiste has said.

Minister Leo Varadkar was asked to explain the rationale behind the new concrete levy introduced in Budget 2023, where a 10% will be placed on concrete blocks, pouring concrete and other concrete products to offset the cost of the €2.7 billion Mica grant scheme.

Social Democrats Housing Spokesperson Cian O’Callaghan, speaking in the Dáil yesterday, asked the Tánaiste: “On what planet does this make sense? Does the Government really propose to place the cost of shoddy building work and defective materials onto the shoulders of people who are struggling to buy a home?”

Deputy O’Callaghan added that it is “grossly unfair” that the Government would seek to put the burden of paying for construction defects on people who are struggling to buy homes.

In response, Minister Varadkar said that criminal prosecutions are not a matter for Government, but for the gardaí. He added that there is no quarry or two quarries that are going to come up the money needed to repair 7,000 or 8,000 mica-affected homes and defective apartments.

“We believe that the cost should fall, at least in part, on the industry,” Minister Varadkar said.

“I have heard the suggestion of putting an additional levy on the profits of the construction industry. That would be passed on, too. They would increase their prices and increase their profits to compensate themselves for the levy. No matter what we do, when we decide to socialise the cost of something, the cost has to be borne in the round by society.”

Mica campaigner Paddy Diver has said the levy is another “knife in the back” against homeowners.

Diver expressed his concern that the levy would be another costly setback for homeowners attempting to repair their damaged homes, and that the government fund-raising measures will pit Mica victims against taxpayers.

Taking to Twitter, Diver said: “This is the most cynical government we have ever had and everything it does is designed to turn us all against one another

“And that’s what this levy on “concrete” is designed to do to us.”

‘On what planet does this make sense?’ – Tánaiste is asked to defend concrete levy was last modified: October 1st, 2022 by Rachel McLaughlin
FacebookTweetLinkedInPrint