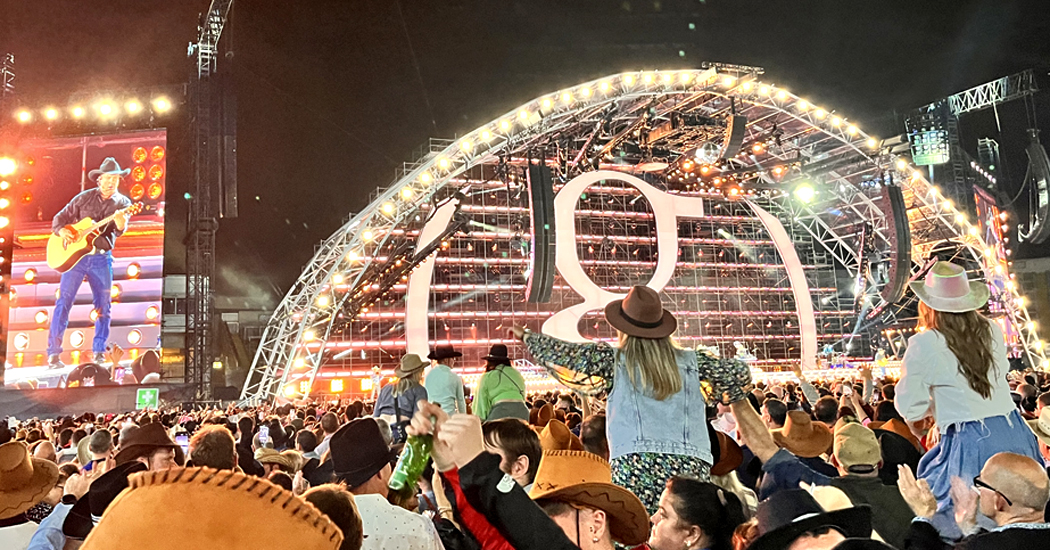 Garth Brooks says the memories of his Croke Park gigs will stay with him for the rest of his life.

Looking back on the stadium gigs, Brooks said the five nights in Dublin were the best of all his Irish shows to date.

Brooks added that the Irish fans are “ahead of all of us” in terms of support and love for each other.

The country megastar took time to reflect on the September shows during his ‘Studio G’ Facebook live stream this week, when he said the warm welcome of the Irish fans cannot be beaten. He also praised the many Irish fans that opened their arms to his US supporters that had travelled to Dublin for the shows.

“Ireland is ahead of all of us in loving one another. They just are. They treat each other really, really good.”

The loudness of the crowd, the “cool” stage and the huge ‘g’ display will stand out as key memories for the star, he said.

“And then of course ’22 was the best of them all which I never ever thought I’d say.”

Some 400,000 people flocked to see the country superstar perform in Dublin this month, and it seems likely that fans won’t have to wait another 25 years this time for him to return.

Brooks has vowed to return to play in Ireland again, only next time he wants to take the tour nationwide.