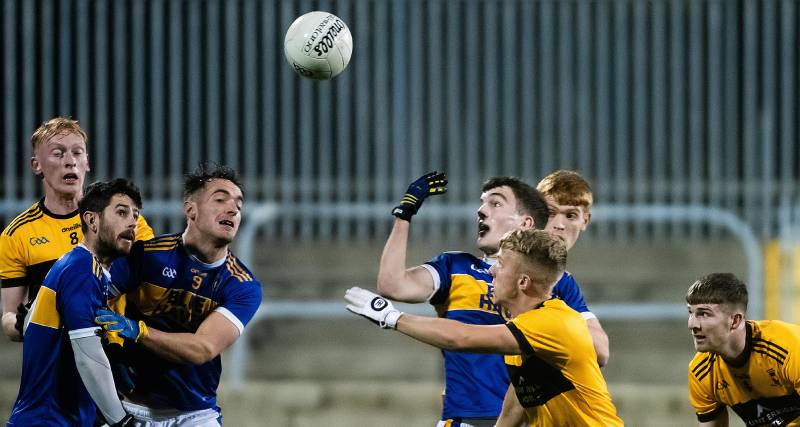 A rematch of last year’s final is on the cards as St. Eunan’s defeated Kilcar by two points in the Donegal SFC semi-final at MacCumhaill Park.

An early Pádraig McGettigan goal saw Eunan’s go four points ahead inside the first ten minutes, with Patrick McBrearty getting Kilcar’s only score in that period, 35 seconds in.

McBrearty kicked seven points in total for Kilcar, and fired the ball in for Jason Campbell’s goal on the stroke of half-time, which saw Kilcar go into the break three behind at 1-8 to 1-5. 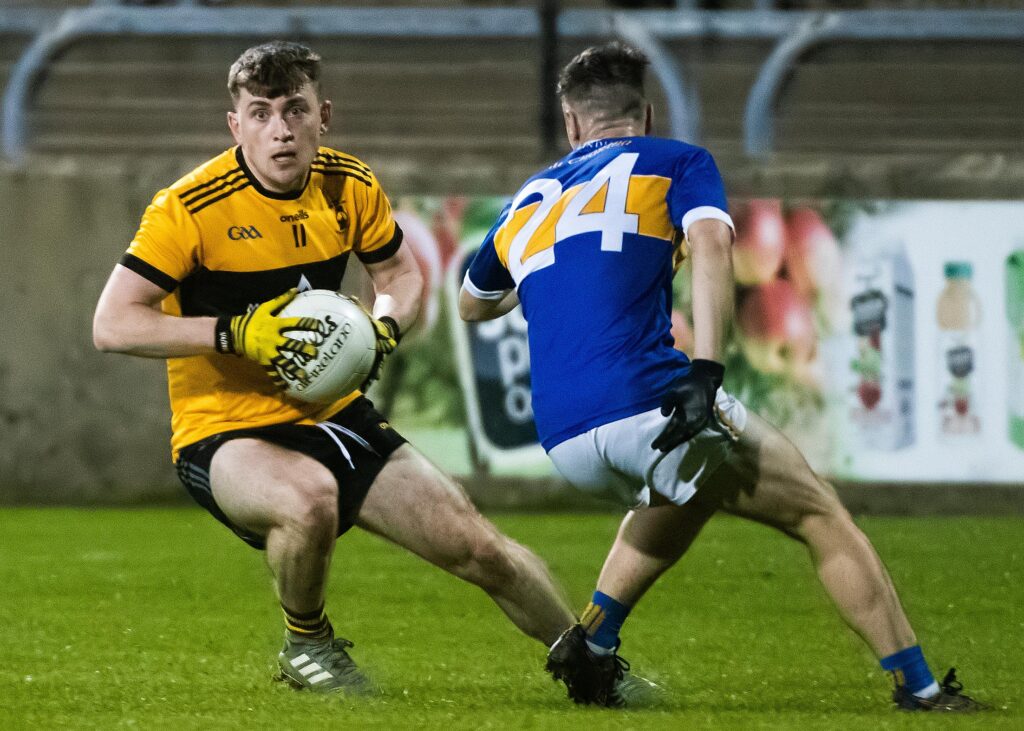 Kilcar levelled up but Eunan’s once again race into a three point lead after a slow start to the second half, and did well to ensure they would be in the final once again.

Kilcar went into a quick lead, winning the throw-in and within the first minute, Patrick McBrearty kicked the first score, but their only score of the first ten minutes.

The following ten were dominated by St. Eunan’s as a Peter Devine run and fisted point got them off the mark.

A St.Eunan’s goal followed as Shane O’Donnell played a high ball in that dropped before the goal with Kevin Campbell unable to catch cleanly. As the ball dropped, Pádraig McGettigan was the fastest man to react, picking up the ball and firing into the net. 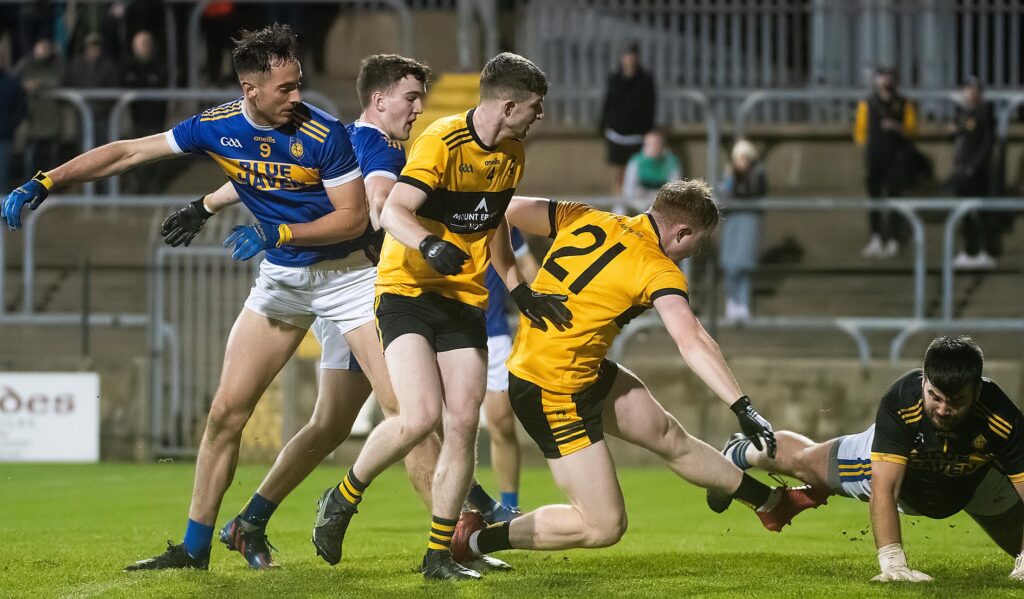 Conor O’Donnell Snr then made it 1-2 to 0-1 after good running from Darragh Mulgrew and a pass found O’Donnell in space.

Two McBrearty scores in a minute then cut the gap, firstly through a free and then a super point from play as Kilcar won the kick out.

But Rory Kavanagh’s men hit back with two of their own through McGettigan, doing great to get away from his markers, then Darragh Mulgrew pointed.

A good run and score from Andrew McClean brought it back to three as both sides scored frees through Niall O’Donnell and McBrearty. 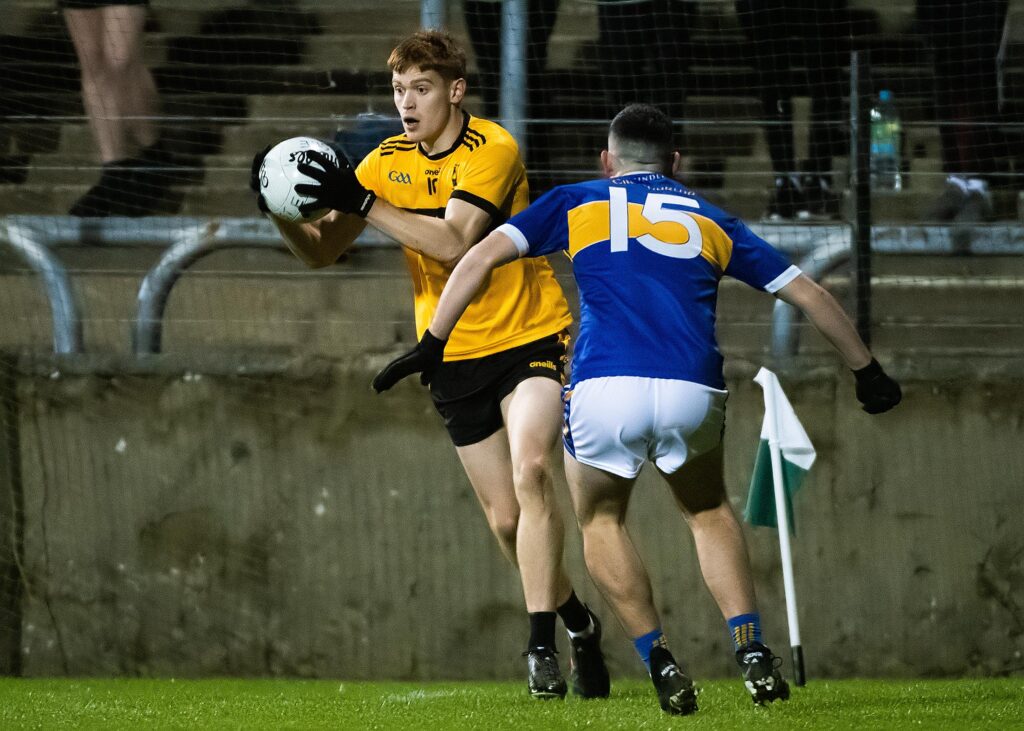 Patient Eunan’s build-up ended in a great score as they waited to find the space and Conor O’Donnell Snr got his second point, while Ciaran Moore pointed moments later.

Niall O’Donnell brought the game out to six points in added time, but there was still time for one more score for Kilcar.

And once again it was McBrearty at the heart of the play, kicking for goal which was dropping short but Jason Campbell was there to get a hand to it and take it into the back of the net, 1-8 to 1-5 at half-time.

Despite St. Eunan’s being prolific with their scoring in the first half, they took 15 minutes to get their first second half score, as Kilcar get level. 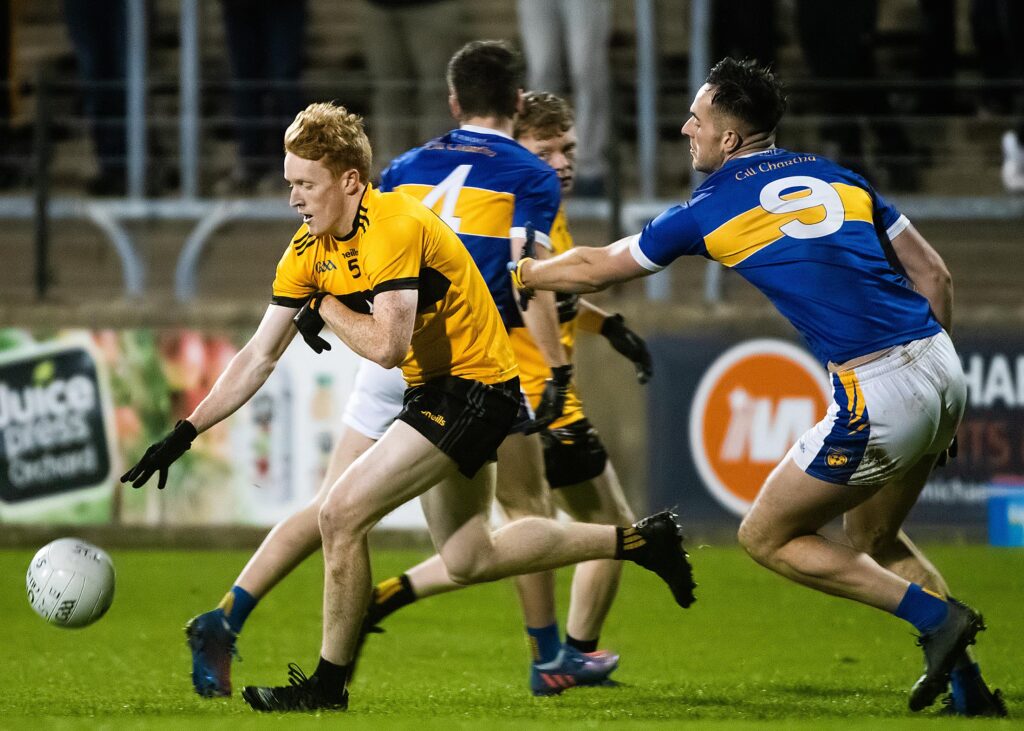 McBrearty got the first point as they intercepted a defensive pass and despite having options ahead with a goal chance on, he took his point.

Ryan McHugh got his first score of the game then after Kilcar won a hop ball and after a McBrearty free was short and wide,  Kilcar recycled possession well and McBrearty made no mistake at the second time of asking, 1-8 apiece.

The first St. Eunan’s point of the half came through Kevin Kealy but Kilcar responded immediately through McClean.

Niall O’Donnell’s free had Eunan’s ahead again and Caolan Ward extended the lead. 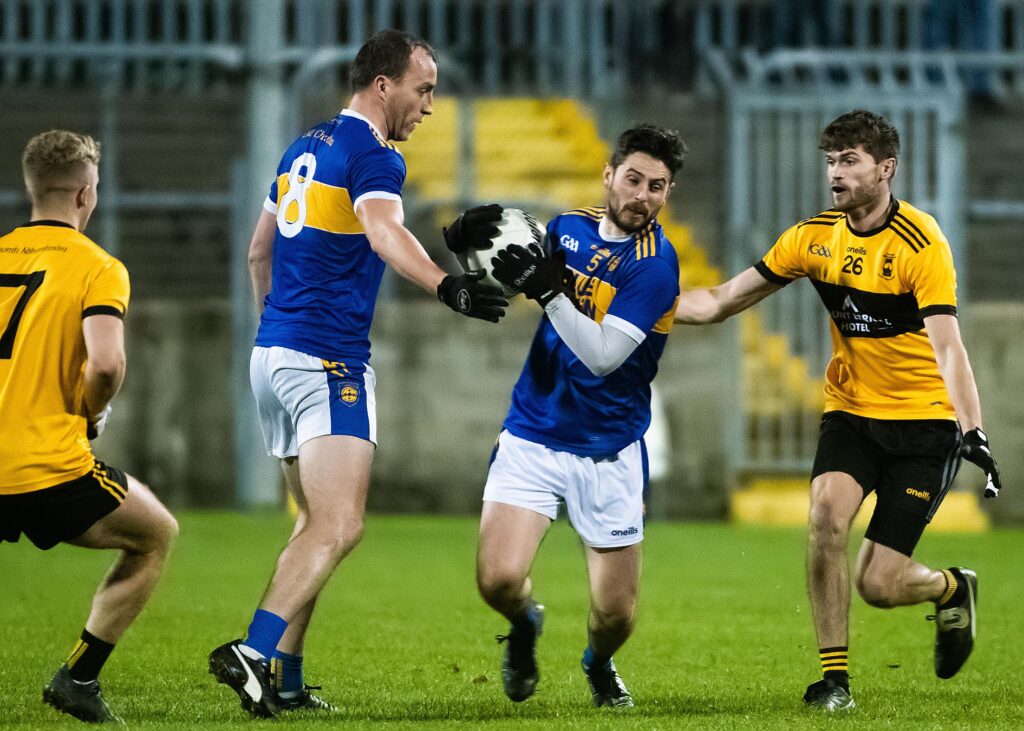 Ciaran Moore had the gap out to three again but Ciaran McGinley scored his first of the game after sprinting through and firing over.

Eunan’s had a chance to kill the game off as Shaun Patton’s kick out was superb, and the Black and Amber having a 3-on-2. Eoin McGeehin got the chance and taking the touch to fire past Campbell, he fired over for a point.

McBrearty made it 1-13 to 1-11 with three minutes added on but needing a goal, Andrew McClean’s shot was high and wide.

St. Eunan’s have the chance to repeat last year’s win as they face Naomh Conaill next Sunday 9th October at MacCumhaill Park, a rematch of last year.