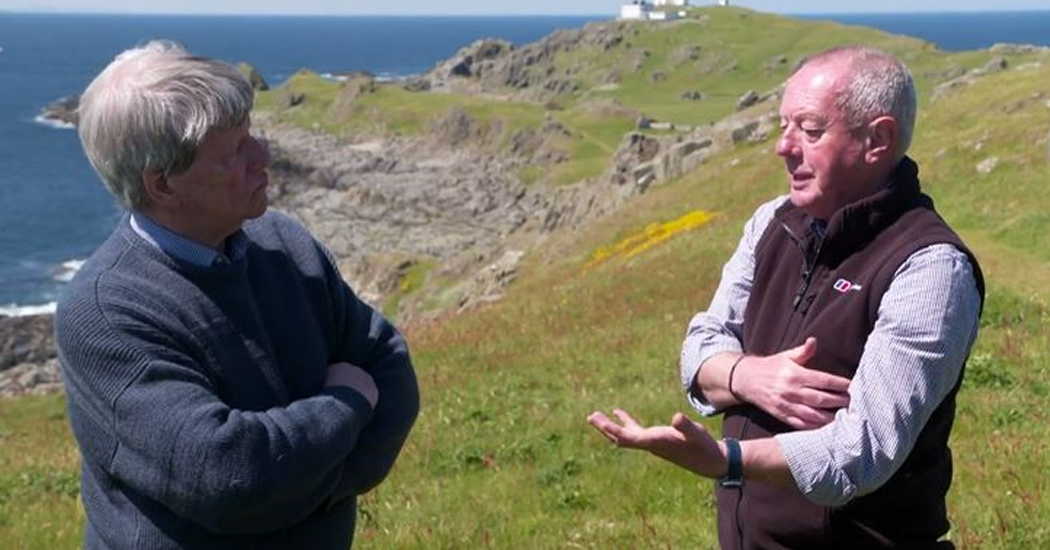 Stunning isolated island off Donegal to feature on TV doc

The amazing scenery, wildlife and history of a remote Donegal island will be explored on this week’s Mahon’s Way on UTV.

Inishtrahull Island is the focus of this Sunday’s episode of the popular travel programme presented by Joe Mahon, airing at 7.30pm.

In this episode, Mahon crosses the sea to Inishtrahull, a tiny island which is found about 6 miles to the north of Malin Head. Not only is this the most northerly habitable piece of land in Ireland, it is also, by far, the oldest, composed of a metamorphic rock called granitic gneiss which was formed an unimaginable 1.7 billion years ago, at which point in time it would have been located somewhere close to where North America is today.

The island is owned by the Commissioners of Irish Lights although the lighthouse is nowadays fully automated and its accommodation is used by the Inishtrahull Bird Observatory.

Joe’s fellow passengers on this trip include Jim and Anne Toland, who make this sentimental journey once a year if they can, because Anne’s grandparents lived here before the island was evacuated in 1929. Anne’s grandfather was sent here to work for Lloyd’s Shipping and met her grandmother who was a native of Inishtrahull. Historian Sean Beattie also made the crossing and regales us with stories of how the resourceful islanders made a living by fishing, trading with passing ships, and even tethering live turbots in a rock pool before selling them on! Also on board is Dr Liam Campbell whose grandfather had a number of stints as a lighthouse-keeper on Inishtrahull, not in the gleaming white modern lighthouse, but in the old ruin at the opposite end of the island where the keepers had to be as self-sufficient as possible, even to the extent of rearing their own pigs.

Finally, Joe spends time ringing birds with Kendrew Colhoun, formerly Senior Conservation Scientist with the RSPB, but now running his own bird observatory on the island. Ringing black-backed gull chicks on a sunny day at the rocky shore is a pleasant way of spending your time, but Kendrew tells Joe he’s looking forward to being up at the top of the lighthouse on a winter’s day with the sea spray from a force ten gale battering the window panes! Each to his own.