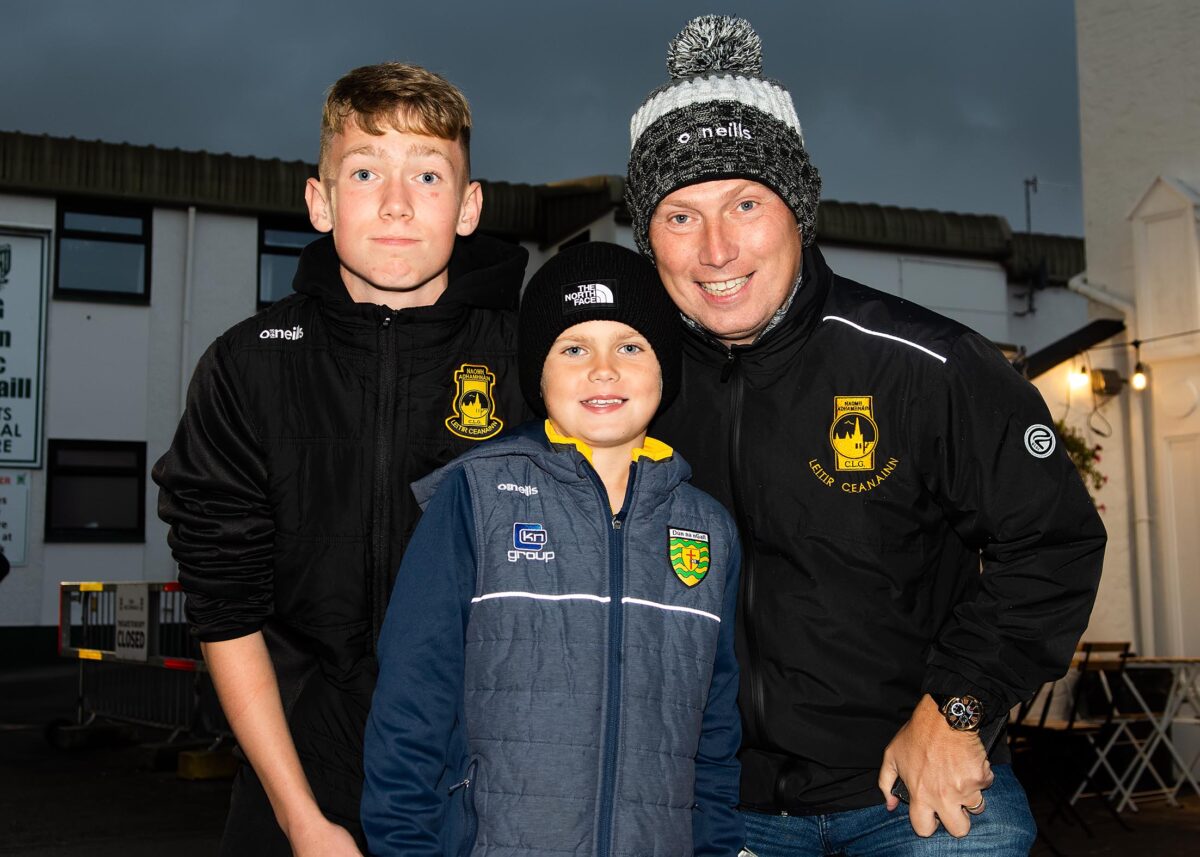 There was a large crowd at Mac Cumhaill Park in Ballybofey last night as St Eunan’s of Letterkenny overcame Kilcar in a tightly-contested game.

The crowd played their part but it was Eunan’s who came out on top by a two point margin.

Evan Logan caught the atmosphere before the game including well-known Letterkenny man Damien Daly and his family (above). 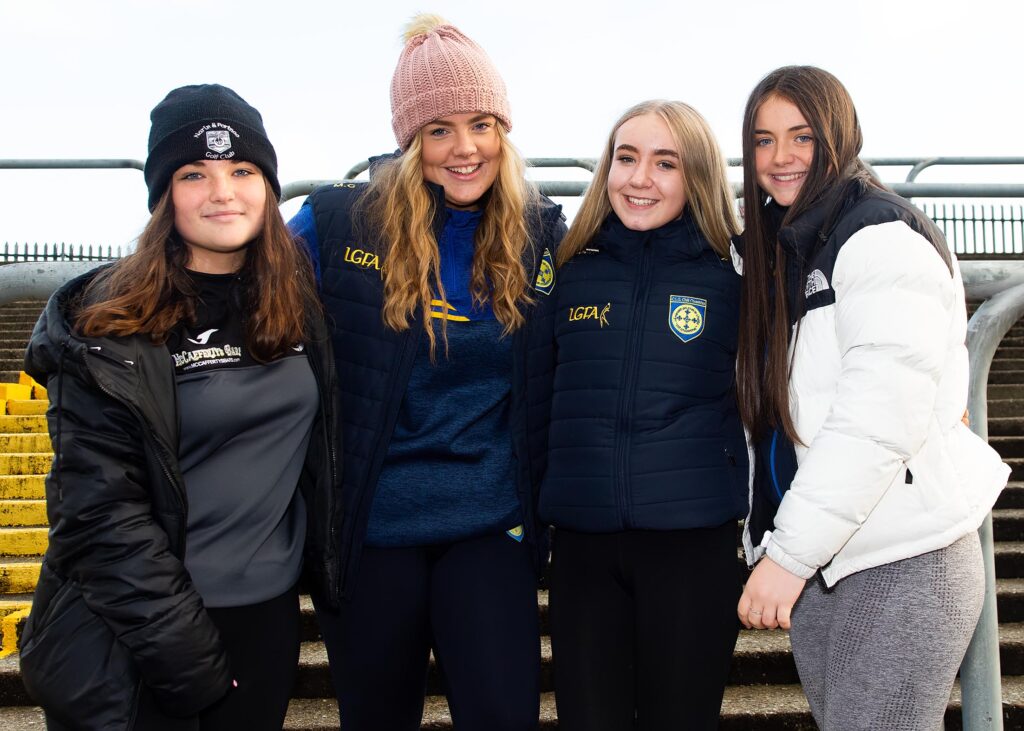 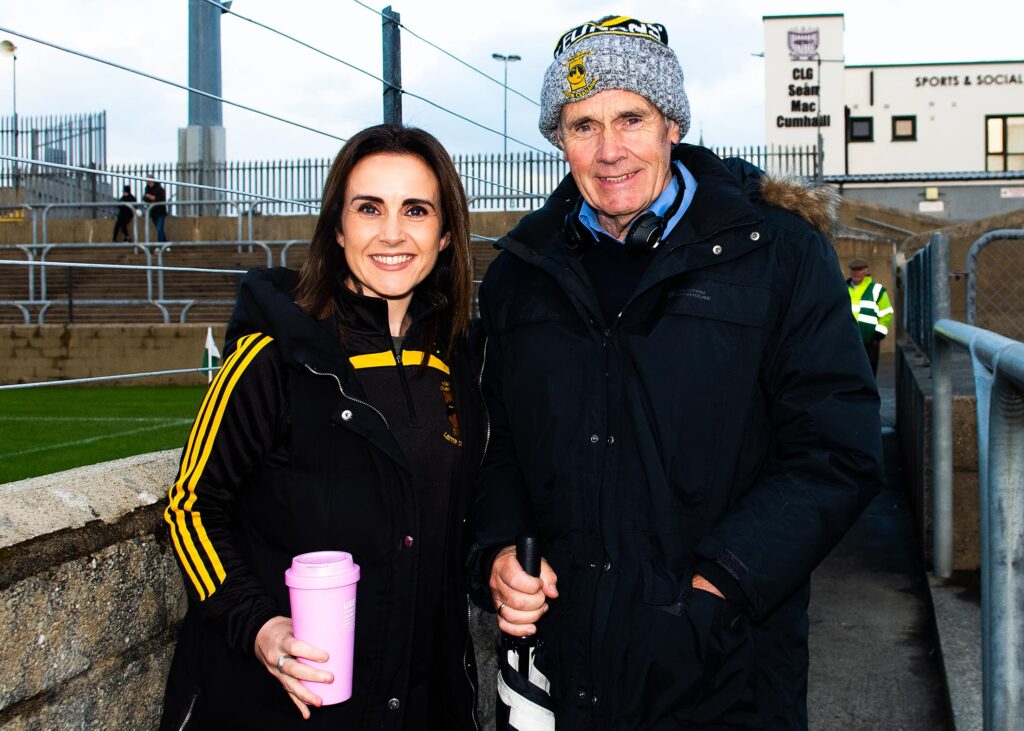 Greg and Orla Sullivan all set for the big game. 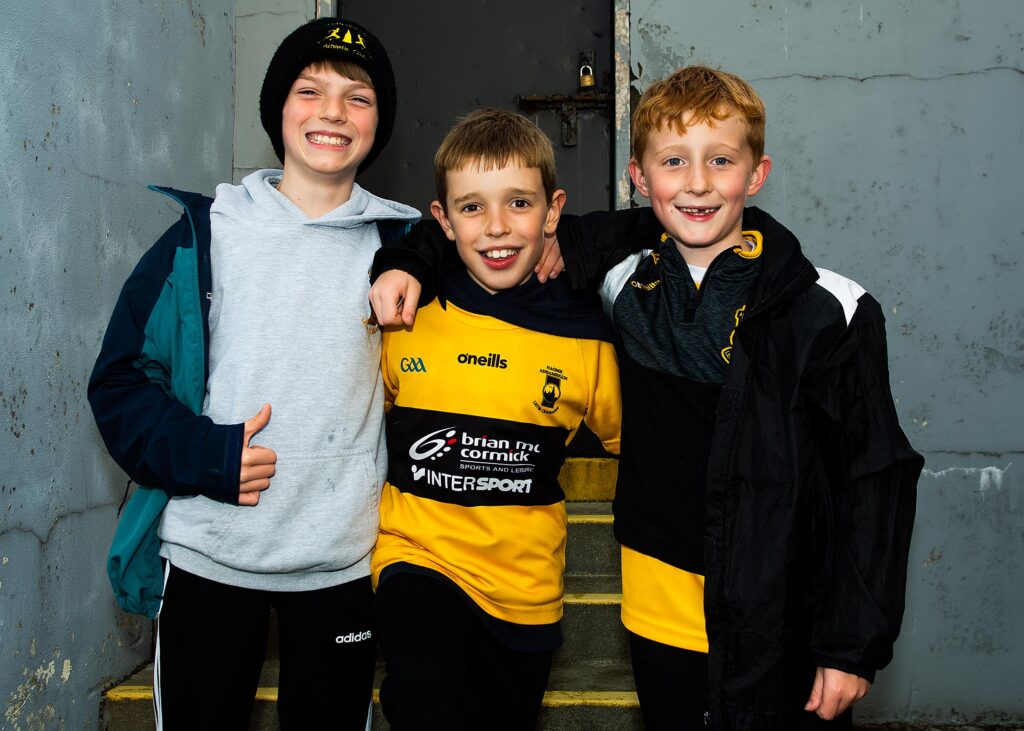 Eunan’s supporters Darragh, Harry and Scott all set to get behind their team. 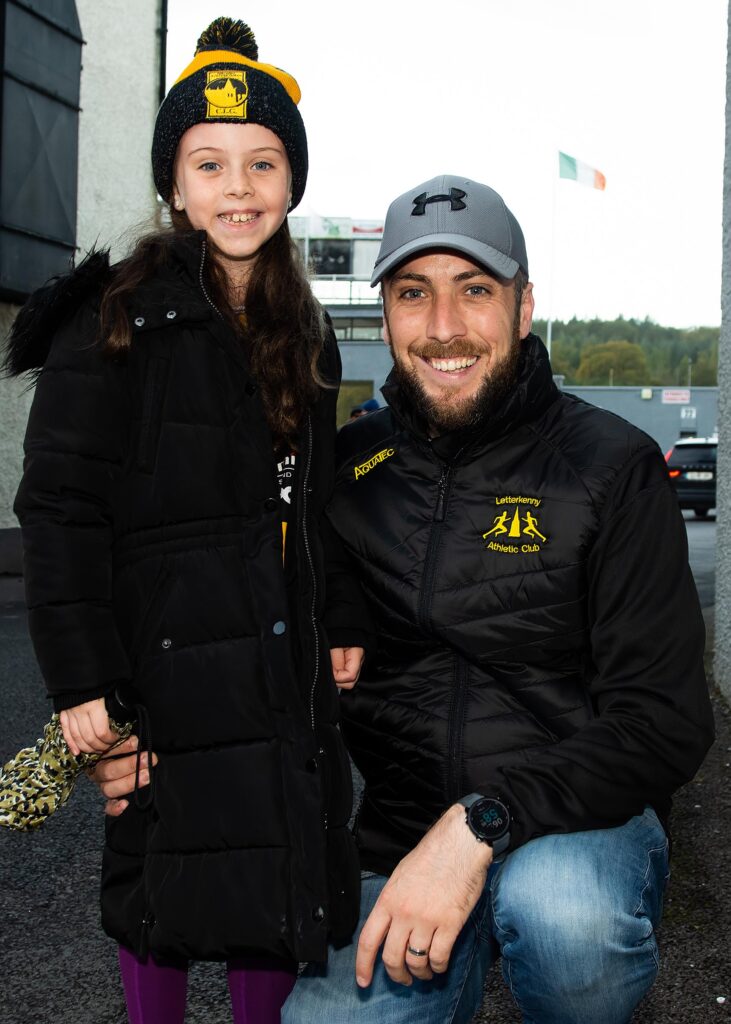 Gracie and her dad Fintan ready to cheer on the black and amber. 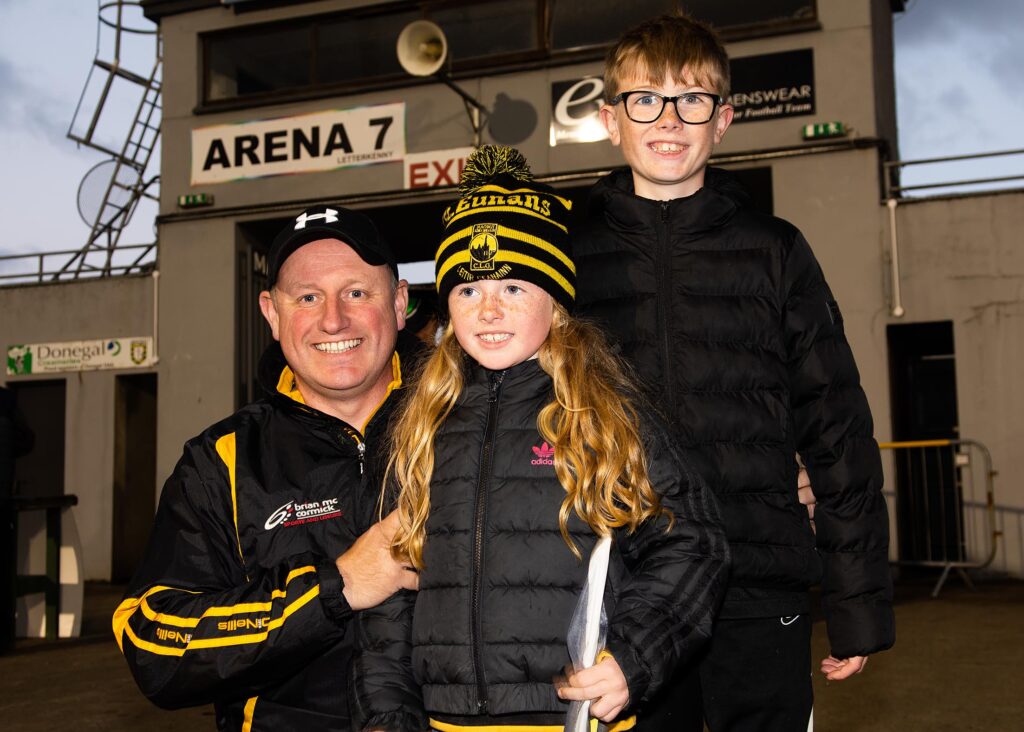 The Walsh family ready to cheer on St Eunan’s