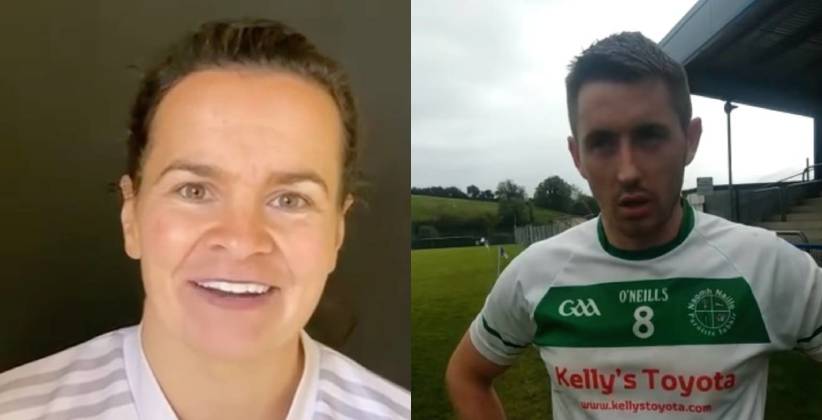 Watch: All the reaction from the senior relegation final and Ladies finals

After a dramatic day of GAA action in Donegal, watch the reaction from the three finals that took place.

Stephen Griffin spoke to Ciaran Cannon after he kicked five points as St. Naul’s beat Bundoran by four at Tirconaill Park to win the relegation play-off and stay in the Senior Championship for another year.

Meanwhile, there was a double header for the Ladies finals at O’Donnell Park, with Aodh Ruadh coming out on top in the Intermediate final.

They comfortably beat Ardara by 6-11 to 1-6 and captain Anna Rafferty spoke to Charlie Collins after their success.

And in a dramatic end to the Senior Championship, Termon and Glenfin couldn’t be separated on the scoreline after extra-time, forcing a 25 metre free-kick shootout between the two sides, with Termon winning 5-3.

Geraldine McLaughlin scored 11 of the 14 points for her Termon side and was delighted to win another Senior Championship.

Watch: All the reaction from the senior relegation final and Ladies finals was last modified: October 2nd, 2022 by Staff Writer
FacebookTweetLinkedInPrint