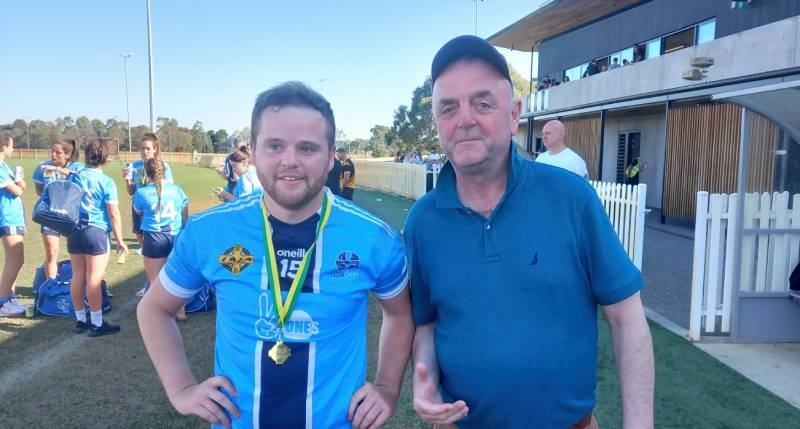 Donegal natives star down under at Australasian Games!

As the Donegal Championships are coming to an end at home, natives of Donegal have been on the winning teams at the other side of the world this weekend.

Dungloe won the Intermediate final at the weekend, defeating Naomh Columba by 1-8 to 0-4, but there was another cause for celebration in the town.

Adam, who plays with Penrith Gaels, scored three points as New South Wales beat Victoria by 3-9 to 0-11 in the final.

And Glenswilly’s Laura Gallagher received an All-Star Award for her performance in the final.

And Glenswilly also get in on the act here at the Australasian Games presentation gala as Laura Gallagher scoops a well deserved All Star award for her exploits in the Ladies Football Championship in Melbourne.@DonegalDaily @officialdonegal @dgldemocrat @GaaGlenswilly pic.twitter.com/g6WmW0XLJ0

Up to 500 players and mentors took part in the annual Gaelic Football & Hurling Association of Australasia State Championships which began on Thursday in Melbourne and was played over three days.

The GFHAA State Championships have a rich history going all the way back to 1971 when the very first one was played between New South Wales, Victoria, and South Australia in Melbourne.

The teams are made up of the best club players in five Australian states and New Zealand with Senior and Intermediate championships in Gaelic football, hurling, Ladies football, and camogie.