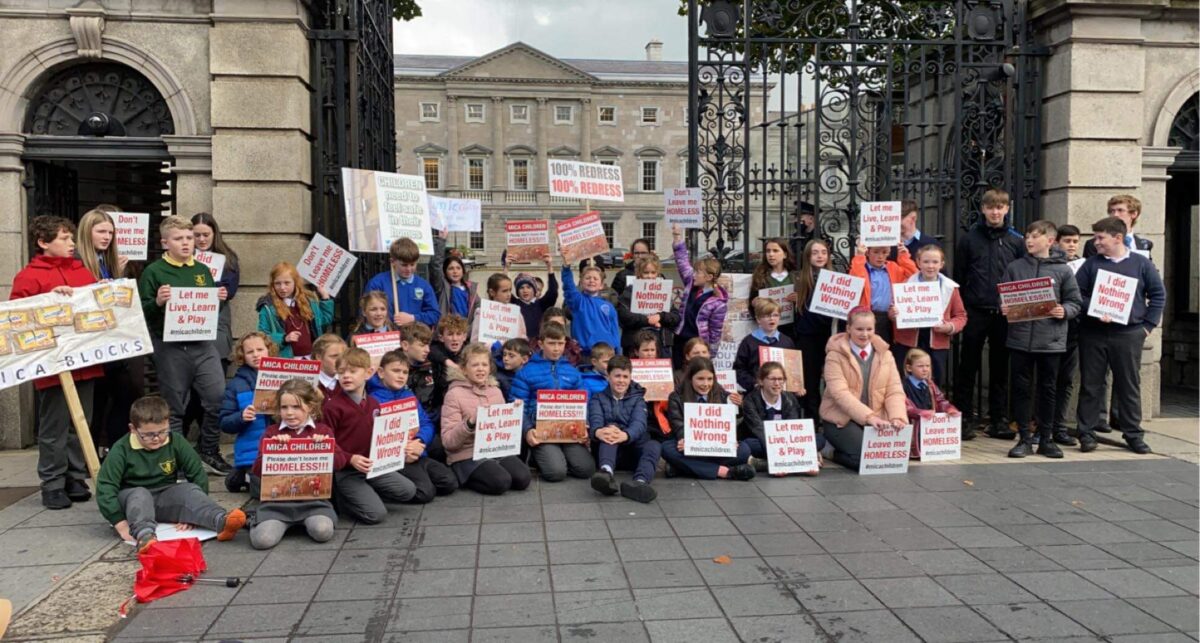 Donegal deputies Pádraig Mac Lochlainn and Pearse Doherty have urged all TDs to back the party’s motion this Tuesday night in the Dáil to scrap the government’s concrete block levy plans.

He aaded “(These levies) are flawed and risk making the serious housing and defective block crisis in Donegal even worse.

“The scheme is badly designed and will mean that people living in homes with defective blocks and defects as well as first time buyers will see their house prices soar. The Society of Chartered Surveyors have warned that this scheme could see an eye-watering €4,000 added to the price of a house.

“It is totally unacceptable that these homeowners and buyers should be expected to foot the bill for the concrete blocks scandal.

“This is hitting ordinary people’s pockets, at a time when they are already struggling with sky high housing costs due to this government’s failure to tackle the growing housing and defective blocks crisis in Donegal and across the state.

And he added “Our motion calls for the government to hold those actually responsible for housing defects to account. It calls for a defects levy that instead focuses on the banks, the profits of big developers and those responsible for defects.

“I am urging all TDs to back our motion this week and stand with ordinary home owners and buyers to ensure that they are not subjected to the government’s deeply flawed and unfair scheme.”