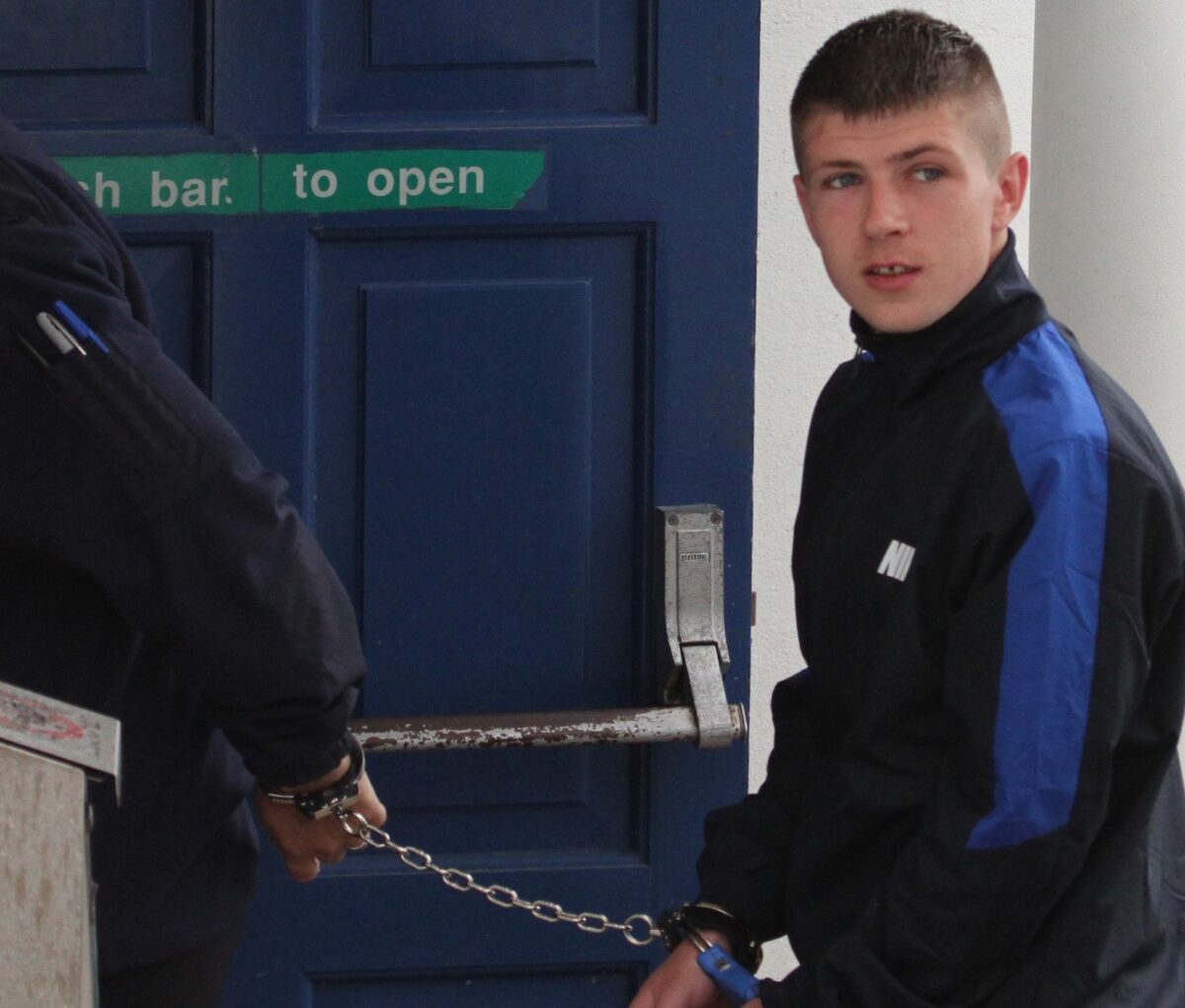 A man filmed in a video viciously assaulting an unconscious man on the ground has been refused bail by a court in Co Donegal.

The court was told that phone footage of the assault had been widely circulated on social media.

Garda Detective Sergeant Johnny Sweeney said the attack was the worst he had seen in his 20 years of service.

The court was told that as a result of widespread circulation of the video in recent days, Gardai seized the phone used to film the assault under Section 7 of the Criminal Justice Act.

They then arrested the accused who appeared in court charged with assaulting a man causing him harm and also engaging in threatening, abusive or insulting language to intent to provoke a breach of the peace.

Garda Sergeant Jim Collins said Gardai were objecting to bail in the case.

Detective Sweeney said Gardai had concerns that witnesses in the case including the alleged victim Sloan Murphy would be interfered with by the alleged attacker.

However, solicitor for the accused Mr Rory O’Brien said his client had no previous convictions for assault causing harm.

Detective Sweeney replied that this was a particularly bad assault.

He also said that the alleged assault was committed by Sweeney while he was out on bail facing other charges while the accused also had 54 previous convictions for various offences.

He said “Gardai were made aware of a video of a particularly bad assault and Gardai then sourced the original footage which is of excellent quality.

“The accused is filmed punching a kicking the victim several times continuously and at one stage running up to him akin to kicking a football.”

Solicitor Mr O’Brien asked the court if there was any statements from either the person who filmed the incident or from the alleged victim and he was told there was not.

He added that evidence gathered on social media was not sufficient to refuse his client bail and to refuse bail on that basis what the State was asking for was “equivalent to internment.”

Sgt Collins added that Sweeney had already failed to keep the conditions of his previous bail saying he had failed to turn up at Letterkenny Garda station 12 times in recent weeks to sign on.

But Mr O’Brien added that there was evidence of Covid in his house so the accused could not sign on in that time.

Having considered the applications from both Mr O’Brien and Gardai, Judge Eiteain Cunningham said she wanted to stress that everyone enjoyed the presumption of innocence until proven guilty.

However, she refused bail noting the seriousness of the alleged offence, the sentence likely to be imposed if found guilty and the strength of the evidence to support the charges.

She added the court was satisfied that the refusal was considered necessary to prevent the commission of any serious offence.

The case was adjourned until next Monday, October 10th.