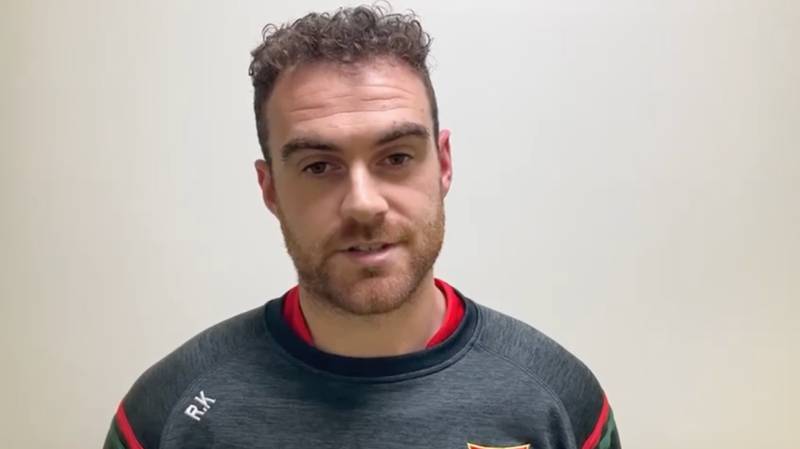 Watch: Returning to a final ‘a big deal’ for Carndonagh – Ryan Kelly

Carndonagh midfielder Ryan Kelly says it is a big deal for the club as they prepare for Saturday’s Junior Football Championship Final with Letterkenny Gaels.

Carn haven’t been in a Championship final since the 2008 Junior final win over Robert Emmet’s, and Kelly is emphasising to the team about not taking the opportunity for granted.

Kelly said: “I’ve been around now for a long time, even at underage Carndonagh GAA didn’t get to too many finals, so this is a big big occasion for Carn on Saturday.

“I’ve said it to the boys at training this is my first county final and I’ve been playing since I was 17 and I’m 28 now so take it as if it’s going to be your last.”

And Kelly knows it’ll not be an easy game against a side that they have had close encounters with in recent times, with Carndonagh winning 2-11 to 1-5 in last years Championship, while Letterkenny Gaels won 3-14 to 2-12 at Pairc na nGael in August in the second round.

“Gaels have been in the last two out the three finals and they’ve lost a couple so we’ll have that in the back of our minds that they’ll be dying to prove a point.

“We’ve beat them at home and they’ve beat us at their home patch so it’ll be interesting to see how it works out at neutral ground in O’Donnell Park.”