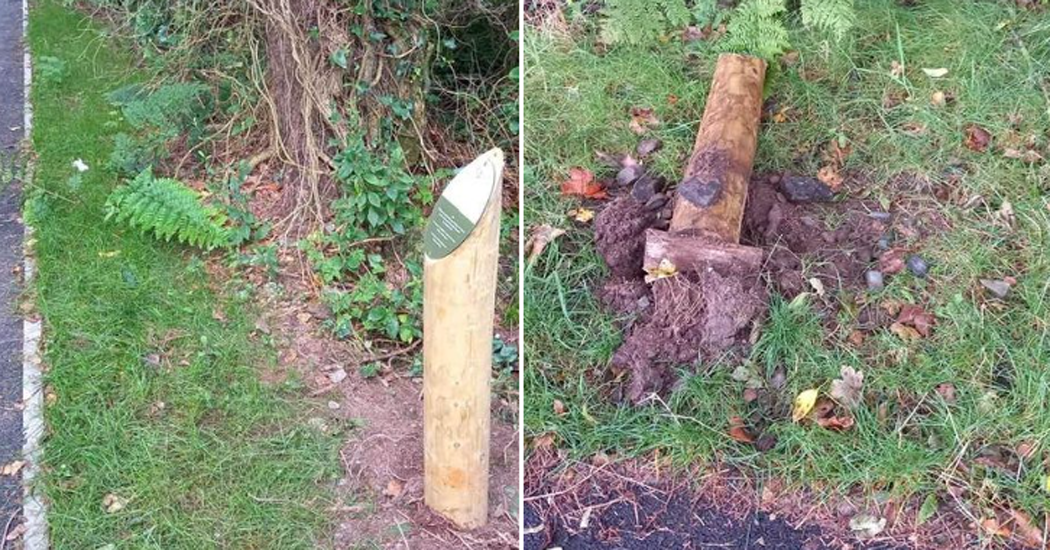 The local community in Muff has been spurred into action to repair eight signposts torn up on the greenway last weekend.

An incident of ‘senseless destruction’ shocked the community after it was discovered on Monday that a local biodiversity project was uprooted on the greenway path overnight.

Vandals had removed a number of signposts posts which gave information bilingually on wild flowers and native trees. The posts, which were concreted into the ground, were removed and left lying.

“This was not the work of children,” said local councillor Terry Crossan.

“Anyone with information should report it to the Gardaí.”

Yesterday, Cllr Crossan shared the positive news that the posts were reinstated by the community. He praised the quick community response to the incident.