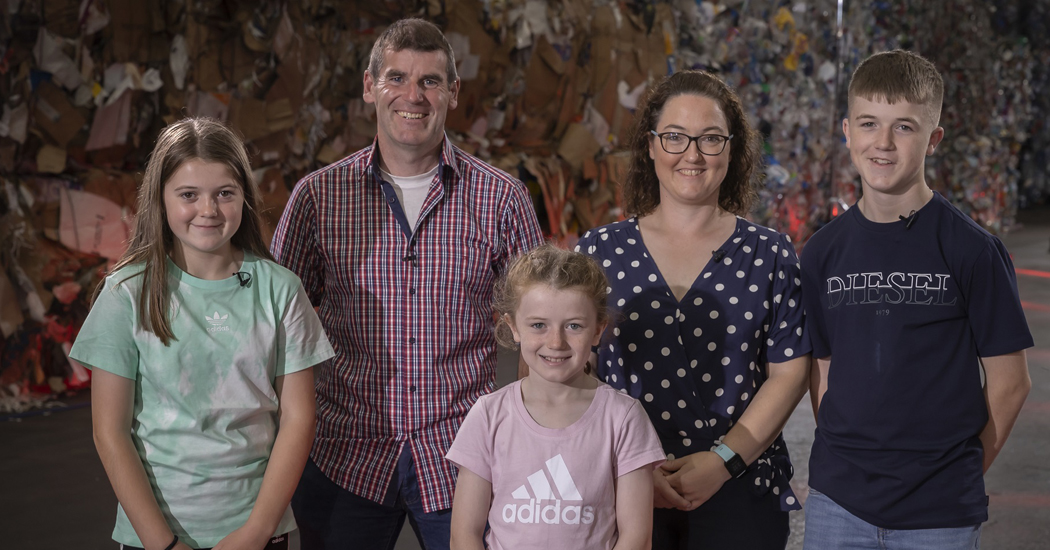 The McGettigan family from Carrigart are setting out to play their part in saving the planet for a new RTE series.

What Planet Are You On?, presented by Maia Dunphy, will air on RTÉ 1 next week during Climate Action Week, on Tuesday 11th, Wednesday 12th and Thursday 13th October at 19.00.

Viewers will be following Cathal and Shauna McGettigan and their children Ava, Chloe and Eoin as they are challenged to reduce their carbon footprints in a bid to win €5,000.

Three households from around the country will feature in the series to shine a light on the small changes we can make to the way we live.

The McGettigans, however, are a farming family who are “meat-mad” and love nothing more than burgers and spuds from their local shop. They do have solar panels heating their water, but they also burn their rubbish in the stove and clock up nearly a thousand kilometres a week in their diesel cars.

According to RTE, Mum Shauna loves nothing more than using the washing machine and tumble-dryer on a daily basis. They have no idea how much electricity or water they use in the house.

Tune in to see how the family of five gets to grips with the pledges set by the scientists to reduce their emissions!

Viewers can also pledge to join in the challenges online at rte.ie/whatplanetareyouon.