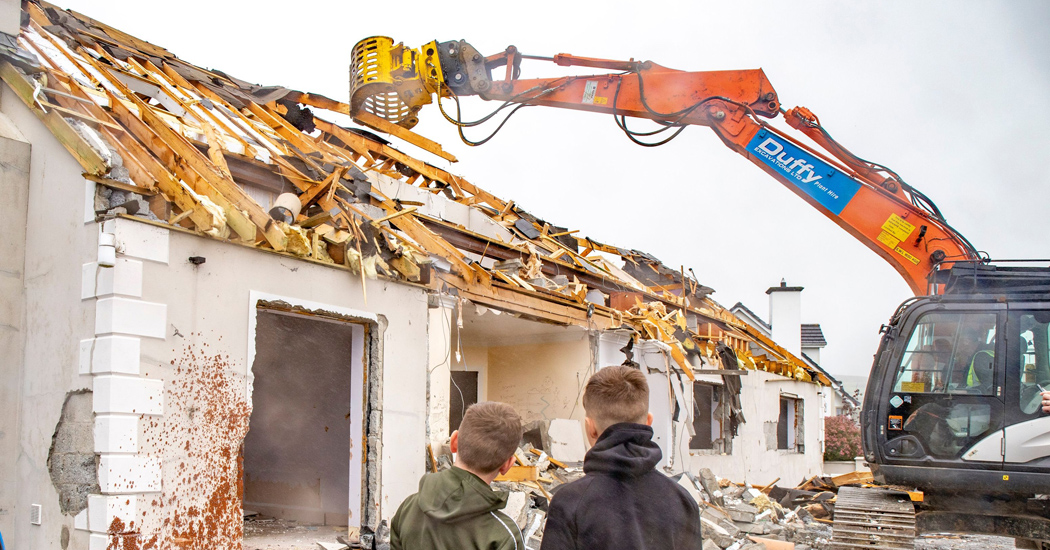 A total of 14 homes in Donegal have been demolished and rebuilt under the Defective Concrete Blocks Grant Scheme.

That’s a fraction of the estimated 5,000 homes in the county which have been built with defective blocks.

More than €1.4million in grants has been issued to the 14 homeowners who have completed stage 3 of the scheme.

A further 98 applicants have commenced remedial works under Stage 3.

The lack of progress in the scheme was raised in Dáil Éireann on Tuesday during debates on the concrete levy.

Sinn Féin’s housing spokesperson Eoin Ó Broin said the government failed in their duty to homeowners living with defective homes and to taxpayers.

“Maybe I am wrong but if we had tackled this back when the problem first arose, back when the construction industry had an excess of labour, materials were cheaper and we desperately needed to stimulate the economy in 2011, 2012 and 2013, it would not have cost us a fraction of what it is going to cost us now. By delaying action, the last Government and the present one have increased both the emotional impact on the families and the financial impact on the State.”

“Now the Government is saying those homeowners must pay an extra 10% for the blocks for the home. That is a fact and the Government has yet to address it. The Government has not mentioned the impact on buyers either. Whether it is €1,000, €2,000, €3,000 or €4,000, that is money buyers cannot pay.”