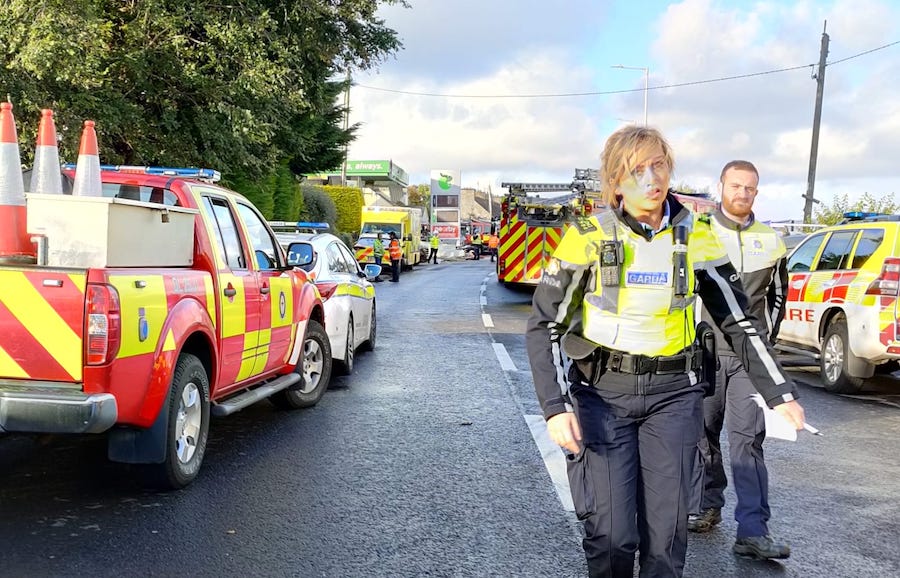 Former Minister for Education and Donegal Deputy Joe McHugh joined those at the scene of the tragedy in Creeslough tonight.

Deputy McHugh, who lives in nearby Carrigart, said it was simply surreal what had happened.

He said those who were at the scene were just numb.

As specialist recovery workers sifted through the wreckage of the building, Deputy McHugh said it was simply a “waiting game.”

“I came over as soon as I heard what happened because I would know a lot of the people in the area obviously.

“I wanted just to be here with those people and offer them my support. We are thinking of them and all the people and relations who are affected by this tragedy in this close-knit community.

“There is a numbness here and people are simply in a state of shock. It’s a waiting game now,” he said.

Others at the scene include Sinn Fein Deputy Pearse Doherty.

Earlier this afternoon as news of the tragedy broke he said “Everybody is holding on hoping they can make contact with their loved ones”.

It is understood that those working on the site and searching for survivors in the rubble are concerned about the safety of the building.

Pictures show half-fallen walls which pose an ongoing threat to those working at the scene.