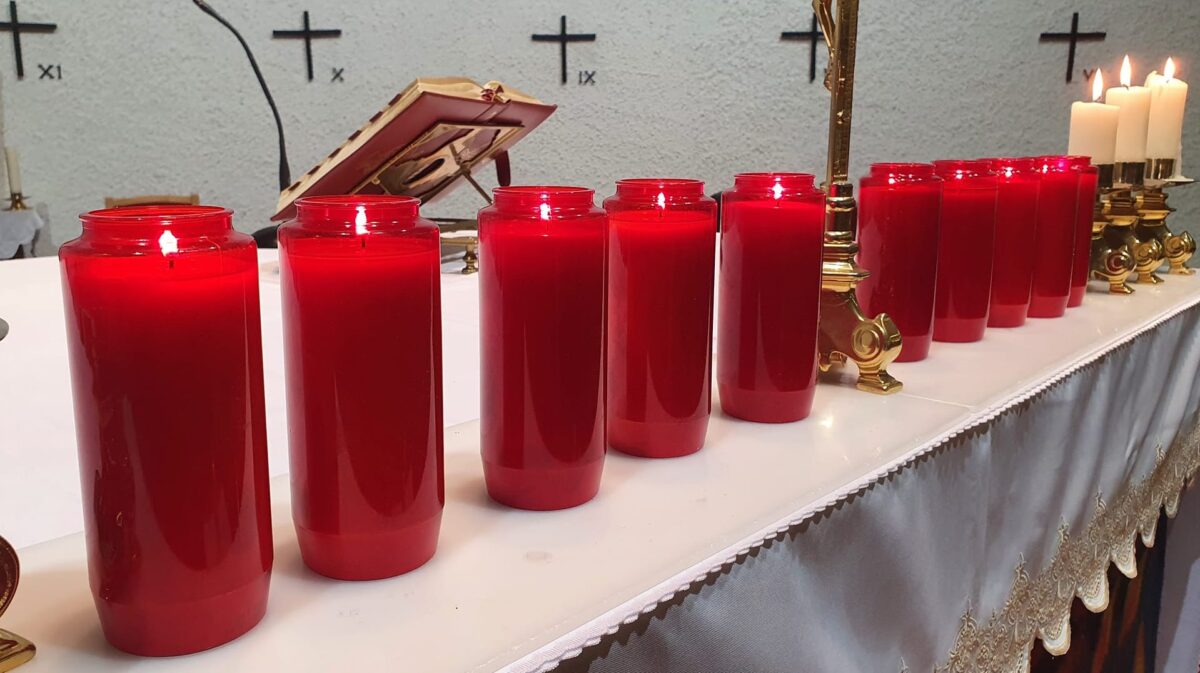 A five-year-old girl and her dad who popped into the Applegreen shop to buy a birthday cake for her mum are among the 10 victims of the Creeslough tragedy.

Heartbreaking stories are emerging about the lives lost in the devastating explosion that ripped through the local shop and apartments above on Friday afternoon.

The full list of victims will be formally named today.

Also among them is a mother and her 14-year-old teenage son, a young teenage girl, a 23-year-old student, two local men, and a local mother of four.

Eight other people were hospitalised after the blast, with one young man in critical condition in Dublin.

Ten red candles have been lit in St Michael’s Church in Creeslough to remember the ten lives lost in Friday’s tragedy.

The candles were lit as hundreds of people gathered last night for a Service of Remembrance in the church.

Masses at 9am and 11am will again be offered in memory of all those lost and injured in the tragedy at the Applegreen Service Station.