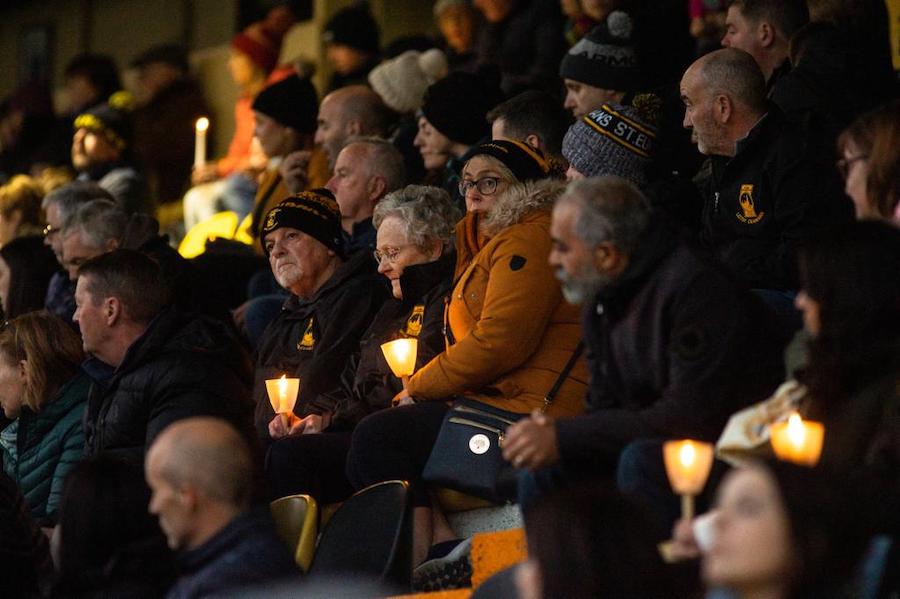 It was a day on which St Eunans were due to take on their great rivals Naomh Conaill.

But instead of fierce rivalry there was nothing but compassion in the stand of the Letterkenny GAA ground.

The club was just one of dozens of vigils held around the county held to show solidarity and friendship with the heartbroken community of Creeslough.

Hundreds of people filled the stand of the ground and held candles as they sat in silence remember the ten people who have lost their lives and all affected by the tragedy.

Chairman of the club John Haran said he was proud of the club and the large number of people who turned out to show friendship with the people of Creeslough.

“We might have enjoyed many battles on the pitch with St Michaels but we will always be united by the GAA and the sense of community it brings. 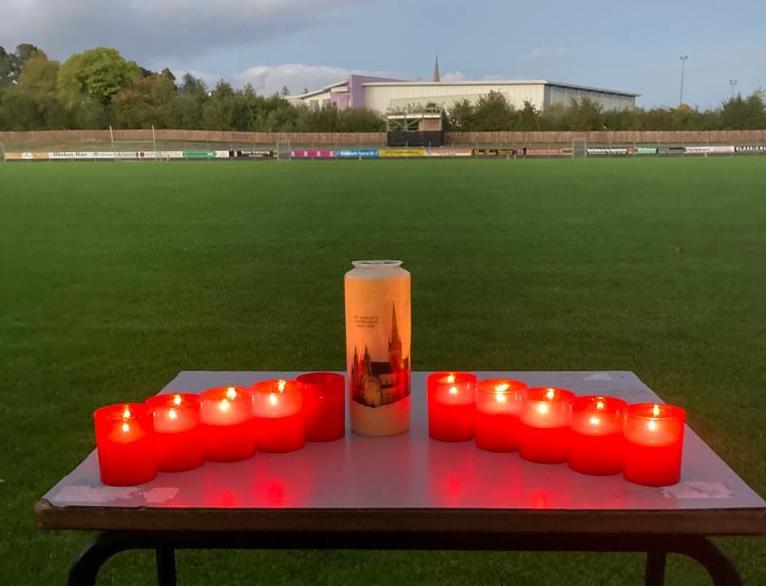 “I was proud of my club tonight and of the many people around the county who held vigils tonight to mark what the people of Creeslough are going through.

“Yes, we should have been playing a county final today but that thought is for another day.

“Tonight we stand with the people of St Michaels and Creeslough and Dunfanaghy and everyone affected by this terrible tragedy.

“We want them to know that they are not alone and that we share their pain,” he said.