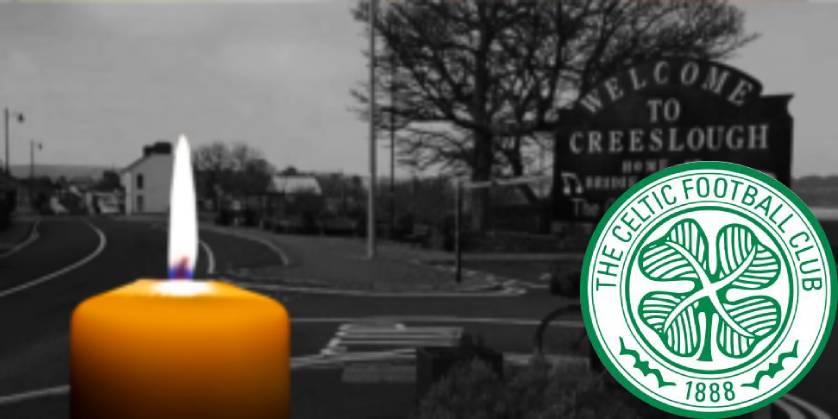 Celtic Football Club have paid tribute to the victims of the Creeslough Tragedy in a classy way by donating £10,000 to the Creeslough Community Support Fund.

The Scottish club have had a long history with Donegal, with numerous supporters clubs in the county travelling over on a weekly basis, and the Glasgow club have played Finn Harps numerous times in friendlies in Ballybofey.

One of the 10 victims of the explosion in Creeslough was Martin McGill, 49, who was an avid Celtic fan.

The official statement from the clubs reads:

“Everyone at Celtic Football Club wishes to send our most sincere condolences to the families of the 10 people who tragically died in Creeslough, Donegal on Friday and we offer our full support to the entire community, which is suffering so much at this difficult time.

“Through the club’s charitable arm, Celtic FC Foundation, £10,000 will be donated to the Creeslough Community Support Fund in the aftermath of this heart-breaking event.

“The Support Fund has been set up by the Irish Red Cross in collaboration with An Post and Applegreen to provide rapid and long-term assistance to the Creeslough community.”

It continues: “Donegal has a long and emotional connection with Celtic Football Club. The area is home to a large contingent of Celtic supporters, one of whom being Martin McGill, who tragically lost his life in the incident.

“We send our heartfelt sympathies to the families of all of the victims and the people of Creeslough.

“Our thoughts, prayers and support are with you all at this difficult time.