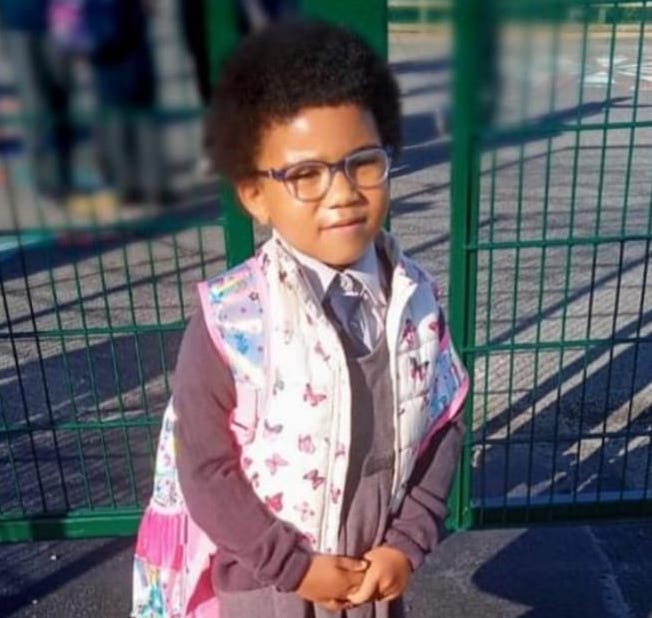 An uncle of little Shauna Flanagan Garwe has told how everyone loved the bubbly little girl tragically killed along with her father in the Creeslough tragedy.

Shauna and her father Robert Garwe died in the explosion at the Applegreen Service Station after they went to buy mum Aine a birthday cake.

Shauna, who was only five years old, was the youngest of the 10 victims. Her mother Áine has now lost her partner and only child.

Áine’s brother Killian told how the family had decided to postpone celebrations for Áine’s birthday last week until the weekend.

That is how Shauna and Robert came to be in the service station on Friday afternoon, to buy a cake.

“It was Áine’s birthday during the week, and they decided to celebrate it at the weekend, and Shauna was excited about going down to buy a birthday cake for her mum, and this happened. It was as random as that,” Killian told the Irish Independent.

“She was a great little character. Everyone loved her.

“What more can you say? She was just five years of age. What more do you say to a five-year-old’s death? It’s traumatic.”

Killian Flanagan said word of the explosion spread very quickly around the town on Friday afternoon.

Then he described the awful waiting game relatives had to endure to find out if their loved ones were trapped in the rubble.

“There’s no other way to tell the story other than it’s a pure human tragedy,” he said.

He added that the randomness of the tragedy is what has triggered the consciousness of the nation.

“It’s awful. The whole town is distraught. Devastated. We’re from Dublin originally. Áine’s been living here a few years and she has a lot of family, like cousins and aunts and uncles around here.