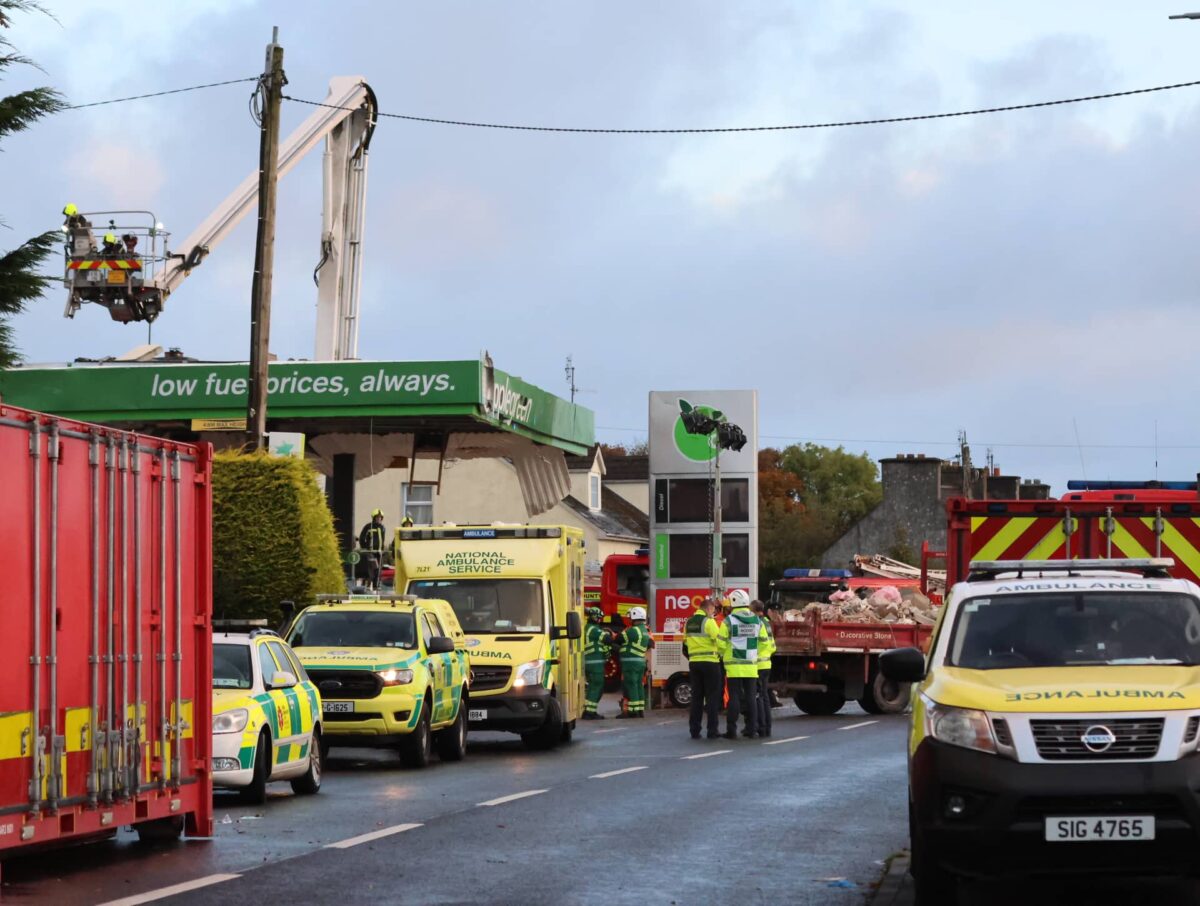 The first paramedic on the scene of the Creeslough tragedy has told how he feared the lives of volunteers could have been lost in the chaos of the Applegreen Service Station tragedy.

Brian Ó Fearraigh, Regional Advanced Paramedic Supervisor, was in the first ambulance that arrived on the scene of the explosion last Friday.

Brian told how his team got a call just after 3.15pm and were on the scene very quickly.

But is fears grew after he arrived on scene to find dozens of locals trying to help clear the debris and recover people from the wreckage.

“I was very concerned about the location, in a petrol station. I’d say there were about 200 people helping us that day… but if anything further were to happen, we would have lost them too.

“We had to ask the public to stand back. We didn’t do that until the fire brigades and the Gardaí arrived and we set up a command centre … but we had to keep people back for safety.”

Brian told Barrscéalta on RTÉ Raidió na Gaeltachta the scene when they arrived was “like something you’d see on TV, it was unbelievable.”

“We set up a triage system there on the road… We weren’t too concerned about the walking wounded, but the people who were on the ground and couldn’t move… they were the ones who most needed our help.”

Brian said that the scale and seriousness of the event was clear immediately, and that they managed to remove the patients to the hospital within forty minutes.

“As Supervisor, I needed to call back to Ambulance Control to give them an update on the situation and what we needed – more doctors, more ambulances. Sadly, we knew very soon that there were fatalities, and that was the worst thing.

“The eight (wounded) patients were transferred from the scene within forty minutes. It took that long to extract them from the scene and to get them off in the ambulances.”

He also spoke in the interview of the human side for the ambulance crews who attended, three of whom were from the locality and would have known people involved.

Brian spoke in the interview with Frances Nic Géadaigh of the health and safety concerns regarding the site of the accident.

First paramedic on scene says he feared volunteers could have been hurt was last modified: October 11th, 2022 by Staff Writer
FacebookTweetLinkedInPrint