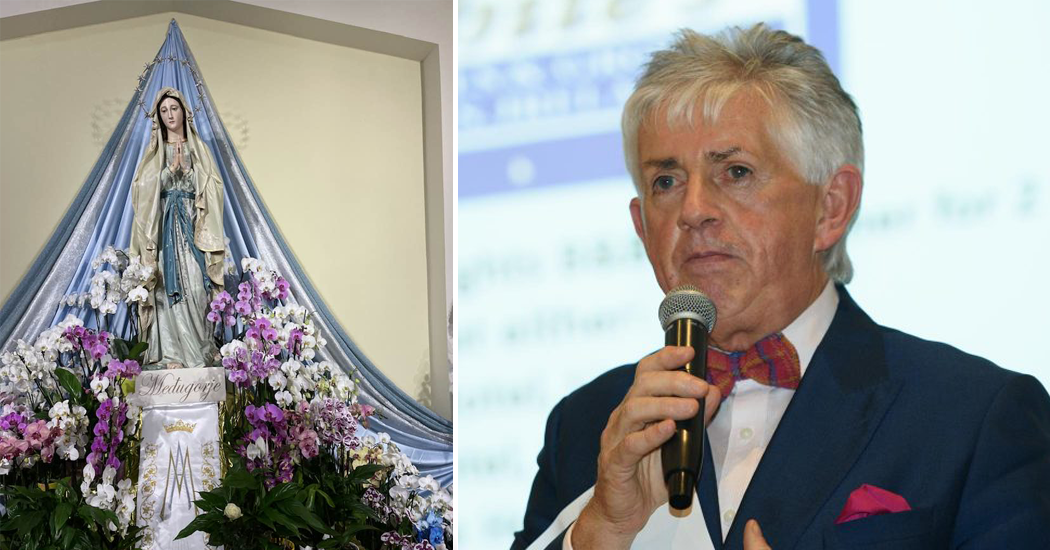 Noel Cunningham tells of thousands of prayers offered from Medjugorje

A powerful moment of prayer was shared for Creeslough at a Mass attended by thousands in Medjugorje this weekend.

Donegal hotelier Noel Cunningham was in the pilgrimage village to experience the outpouring of sympathy on Saturday evening.

Noel, who is the 2022 Donegal Person of the Year, said that people of all nationalities have been touched by the tragedy that rocked north Donegal on Friday.

Speaking to Brendan O’Connor on RTE Radio 1, Noel said that he and his fellow Donegal pilgrims attended a poignant outdoor Mass in Medjugorje where there was a special intention for the people of Creeslough.

“There were several thousand people in an outdoor setting, they dimmed the lights and the violin music from the altar was haunting, a young man sang in the most beautiful soothing voice. In that silence, somebody who was very painfully praying for Creeslough, offered the word ‘Creeslough’,” Noel said.

“This is something that has touched the world and you can sense that,” he said.

Noel described an “incredible wave of sadness and sympathy” and an “ocean of positivity and prayer” he felt flowing to Sheephaven Bay from the holy place of Medjugorje.

He said pilgrims from several hundred nationalities have connected with the grief of the small rural community in Donegal and are offering prayers in their groups and in their Masses.

“It’s just heartbreaking, all I can do is send love and support,” he said.

“We will help those people in that community to see that maybe in the weeks and months ahead there is a little bit of brightness. I am privileged to be here to feel that positive side of it all.”