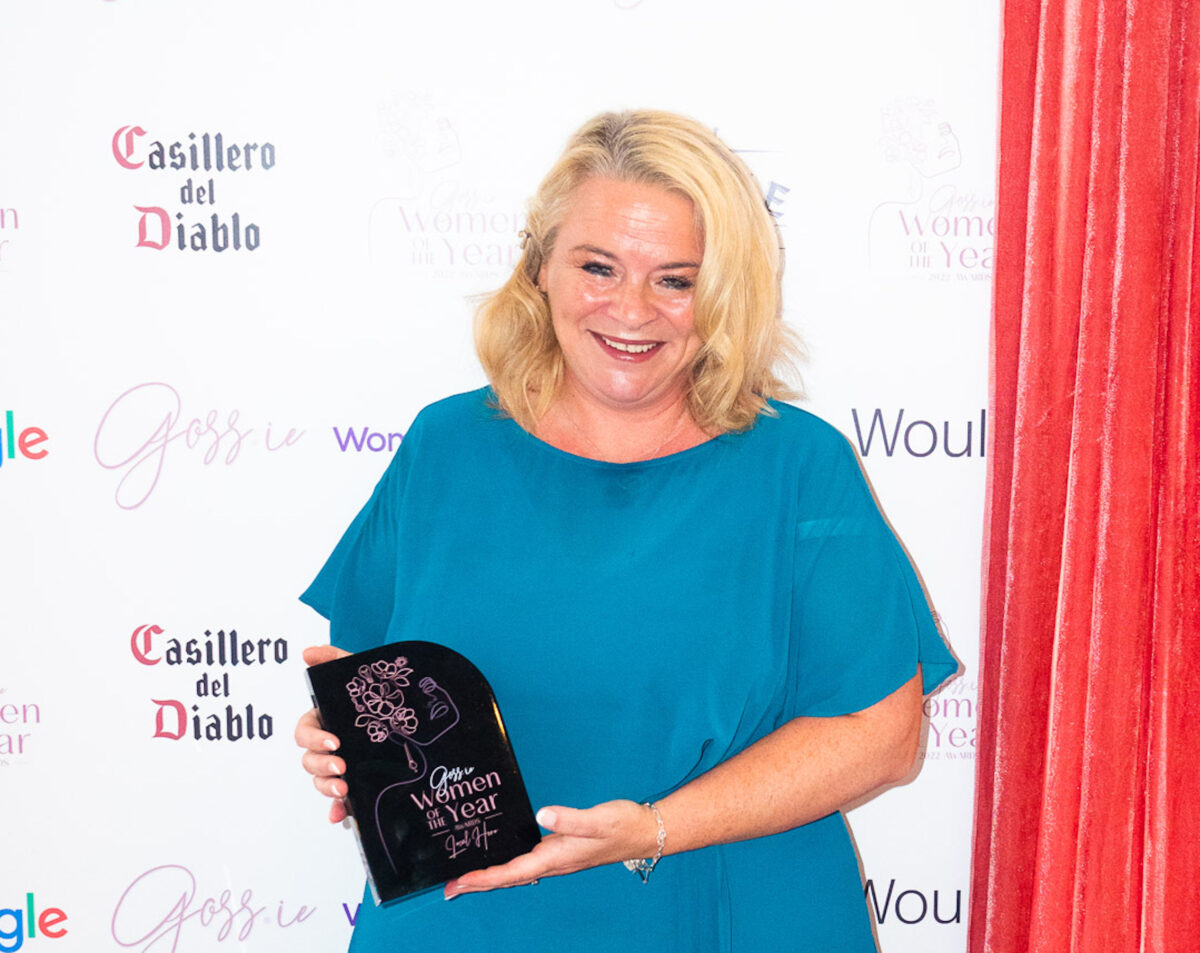 Inspirational Geraldine Mullan has won the Local Hero category at the inaugural Goss.ie Women of the Year awards.

She was announced as the popular winner on Sunday night by broadcaster Gráinne Seoige at a glitzy ceremony Royal Marine Hotel, Dun Laoghaire.

Back in August, thousands attended her ‘Field of Hope’ in Quigley’s Point over a single weekend.

At the end of August, to mark the second anniversary of the tragedy, Geraldine opened the flower-filled field to the public to spread hope, smiles and solidarity with anyone who has experienced loss.

Long queues formed early on Saturday, and again on Sunday, as 15,000 people from all over Ireland flocked to see and experience the wonder.