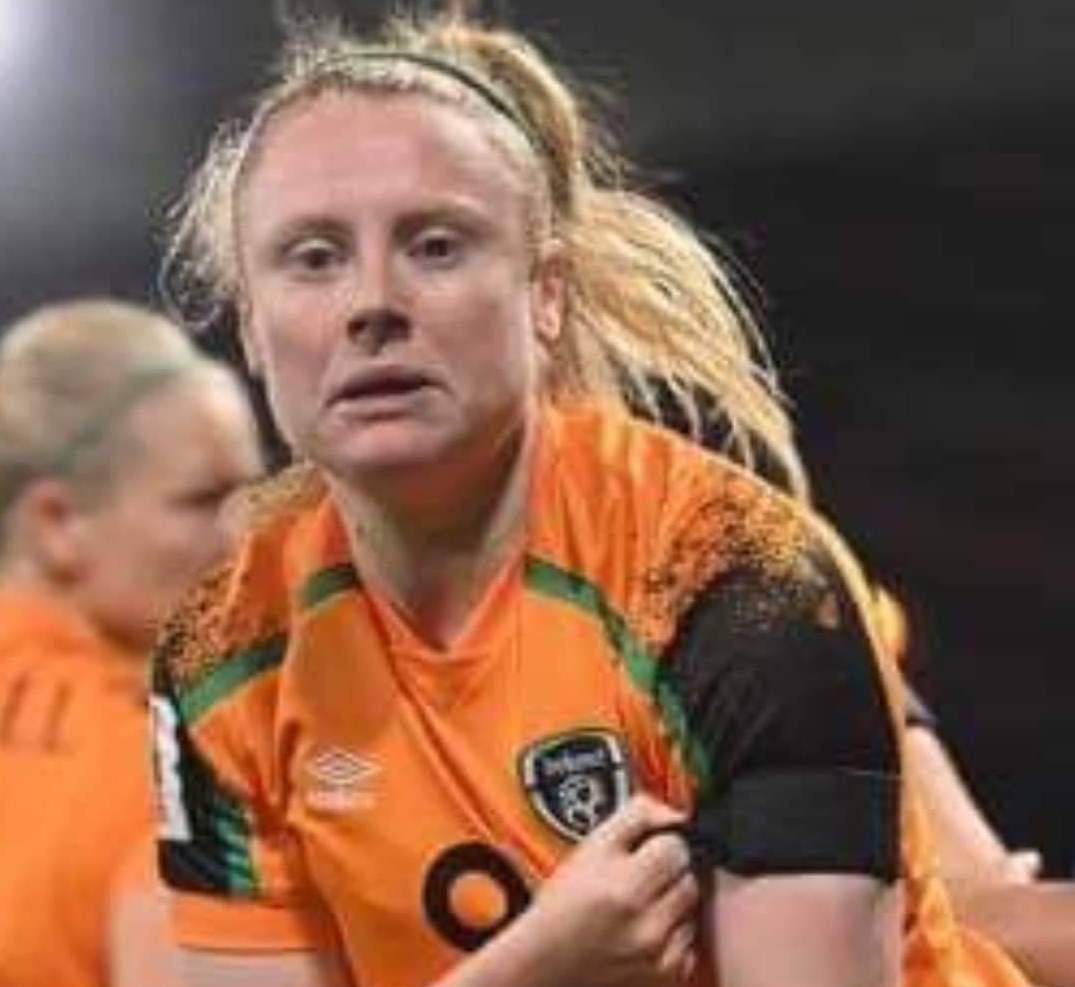 Amber came on as a sub to score the only goal of the game which saw the Republic of Ireland overcome Scotland and qualify for the World Cup for the first time.

Speaking to RTÉ after the game, Barrett opened up on her relationship to Creeslough and how emotional the last week has been for her.

“I know Creeslough like the back of my hand,” she said.

“Both my grandparents were Creeslough born and bred. I spent my whole upbringing there, summers and Christmas’, every year I go back.

Amber said this was simply the best day of her life but asked people to put the game of football into perspective following the death fo ten people at the Applegreen Service Station tragedy.

She added “This is the best day of my life in terms of football, but when you put in into perspective, we don’t scratch the surface of what happened there on Friday. This result, this game, that goal, I’m dedicating it to the ten beautiful souls who perished on Friday and to their families. They certainly touched our lives. This is for Creeslough, this is for Donegal.”

Barrett also described what the tense final minutes were like for her after her brilliant goal.

“Right now I don’t have anything to say,” said Barrett.

“That was the longest 20 minutes of my life. When that goal went in I kept checking the clock every 30 seconds. I do not know what we have just done, I cannot believe it. This is for all the young kids growing up, now they have something to dream for. I’m so happy to be a part of this team.”

Daniel warns fans not to livechat with...