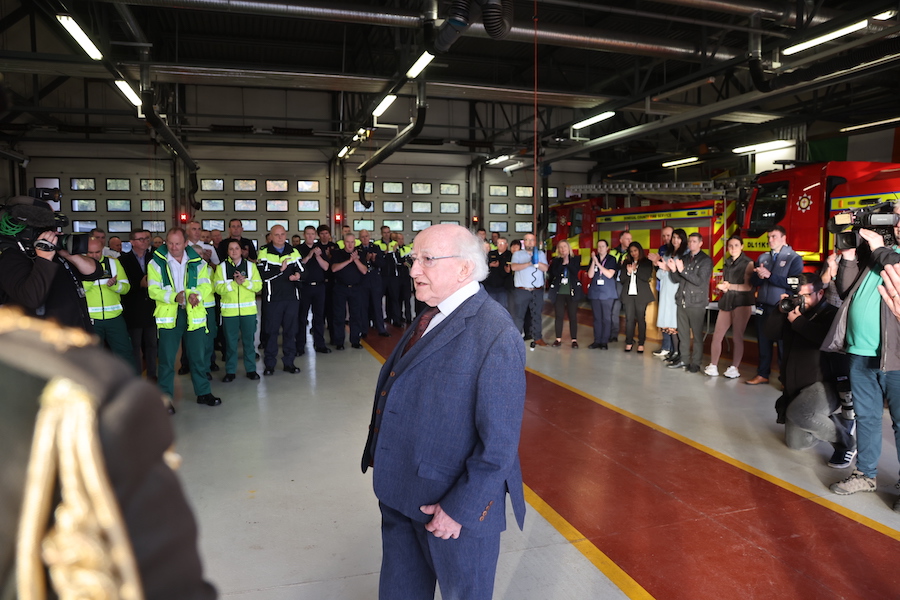 President Michael D Higgins has paid a visit to personally thank members of the emergency services who attended the Creeslough tragedy.

President Higgins met the various personnel when he called to Letterkenny Fire Station. 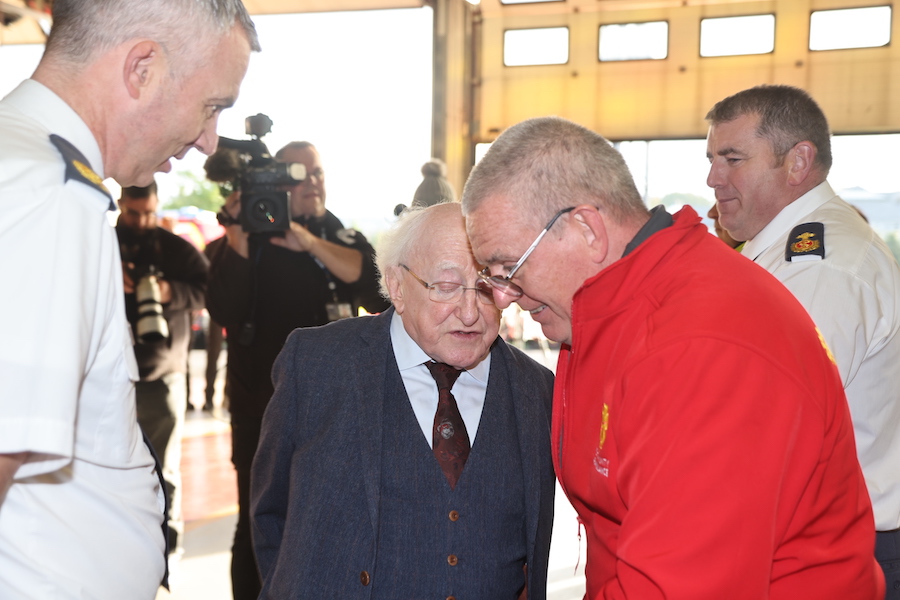 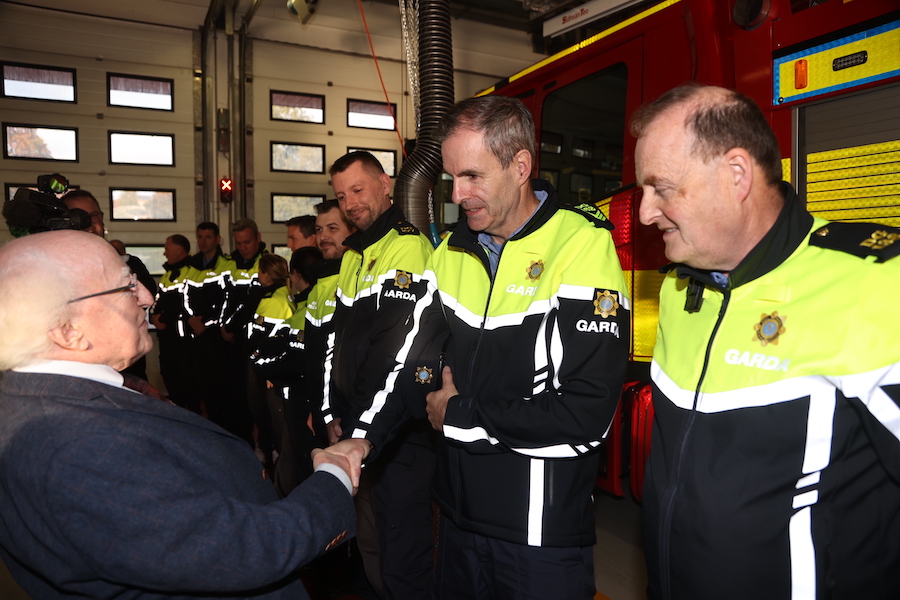 He chatted with various members of the fire service, gardai and medical personnel.

Among those who attended were medical consultant Dre Gerry Lane who spent hours at the scene in the immediate aftermath of the tragedy. 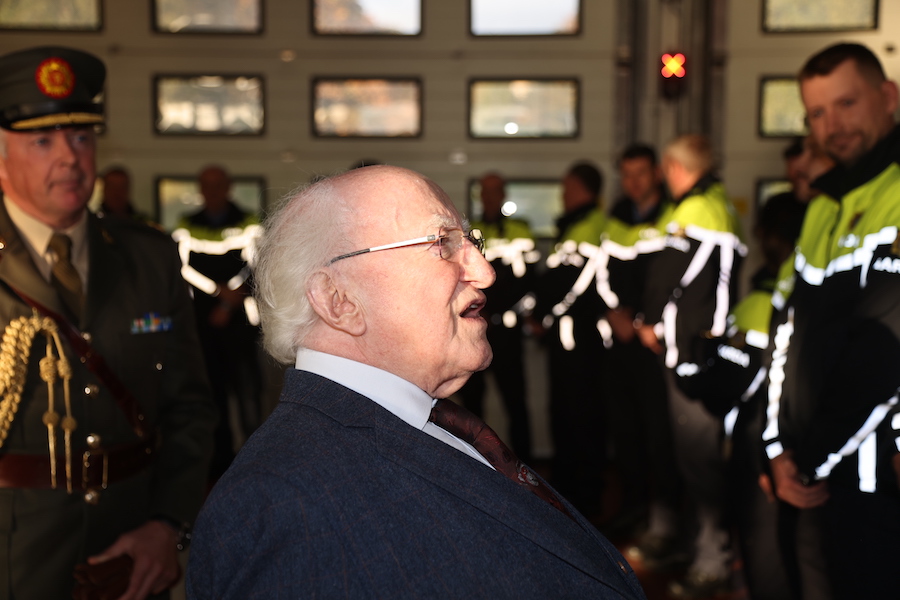