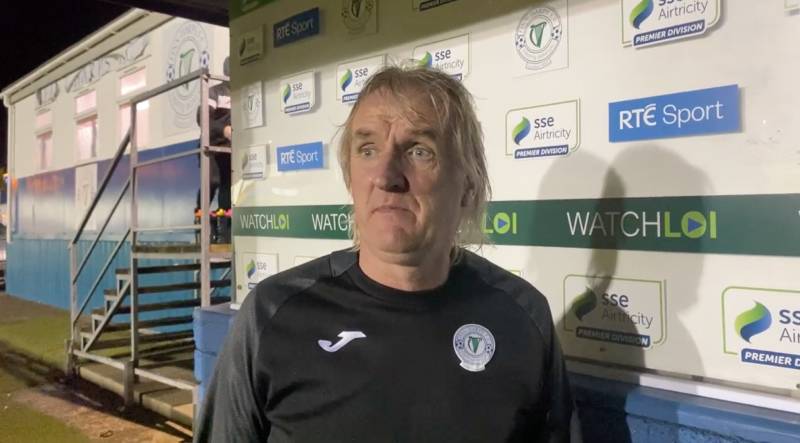 Horgan: ‘We can’t expect to get points when we don’t show up in the first half’

Ollie Horgan said his side can’t afford to show up for one half of football as they lost 2-1 to Dundalk at Finn Park.

Horgan said: “The first half we didn’t show up and when the pressure came on we didn’t defend a set piece or a cross from Darragh Leahy, and you saw the way they defended our attacking set pieces.

Dundalk took the lead after 20 minutes when Lewis Macari flicked home after a set-piece, while Rob Slevin turned into his own net just before half-time.

Rob Jones got one back in the 86th minute but it was too little too late for the Harps.

Horgan added: “In the second half, when the shackles were off I thought they were very good and bar the chance they had when we threw caution to the wind to make it 3-1 in the last couple of minutes I thought we created the better chances, they pulled one off the line, big Rob (Jones) should’ve scored earlier than he did.

“It was just too little too late but it was only at half time that we turned up and we can’t expect to get points in the Premier Division by playing one half.”

Harps now have played one game more than bottom side UCD with the two sides level on points in the fight to finish in the relegation play-off.

Horgan: ‘We can’t expect to get points when we don’t show up in the first half’ was last modified: October 14th, 2022 by Dáire Bonnar
FacebookTweetLinkedInPrint