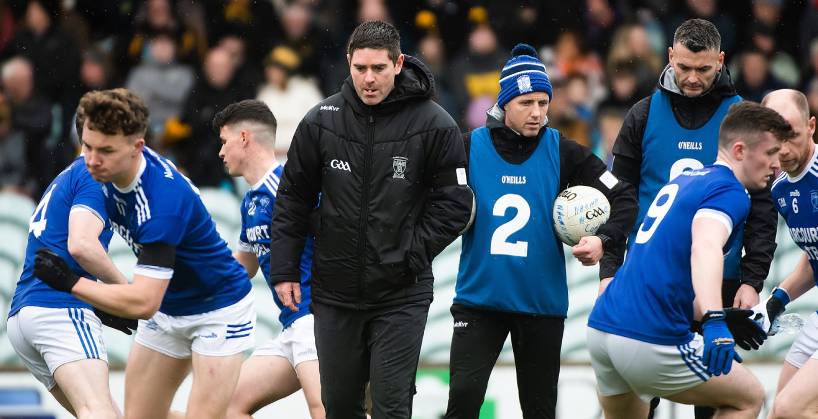 Martin Regan ‘delighted’ he came back to Naomh Conaill

Martin Regan said after today’s Donegal SFC win that he’s delighted he came back to Naomh Conaill, but he would have been delighted for the team no matter who was in charge today.

Regan, who resigned last year but decided to come back earlier in this year, won his side their third Dr. Maguire Cup in four years today with a 1-9 to 2-5 win over St. Eunan’s.

He said: “Delighted, not saying I’m delighted for me,  I’m just delighted the boys won a Championship, if they won it with someone else in charge I’d be equally as happy so as long as the club’s successful thats the main one.”

The loss last year to St. Eunan’s was a tough one to take for Naomh Conaill, losing by 10 points and many people questioning their ageing squad, but they came back and learned from their mistakes according to their manager.

“We learned a lot from that game last year, we’ve been watching it a lot these last three weeks and we picked up a lot of things from it. We really struggled to get turnovers last year but we worked hard on that this week.

“In general we were really pleased with the performance and we knew if we got that performance we wouldn’t be far away.”