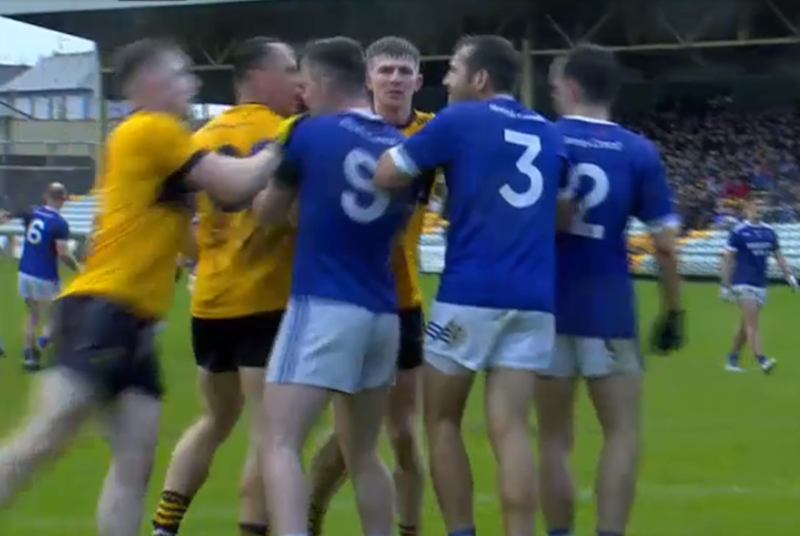 One of Eunan’s key players, O’Donnell got a straight red card just before half-time for allegedly striking Jeaic Mac Ceallabhuí.

However, the footage clearly shows him push the Naomh Conaill midfielder on the shoulder (main pic) before the latter fell to the ground.

Rory Kavanagh says St Eunan’s were told it was for “a strike on the Glenties player on the ground.”
Adds: “We try to show [the officials] the video at half-time that shows there is no strike and they don’t want to watch it. So, something stinks.” pic.twitter.com/RLgzg59WHj

O’Donnell appears to push Mac Ceallabhuí again as he lies on the ground, holding his face.
After consulting with linseman, Val Murray, referee Mark Dorrian sent O’Donnell for an early shower.

Manager of the Letterkenny side, Rory Kavanagh, said they tried to show the officials the video at half-time, but they ‘don’t want to watch.’

While admitting Eunan’s did not perform to their full potential, the former Donegal star said the incident had a major bearing on the outcome of the game.