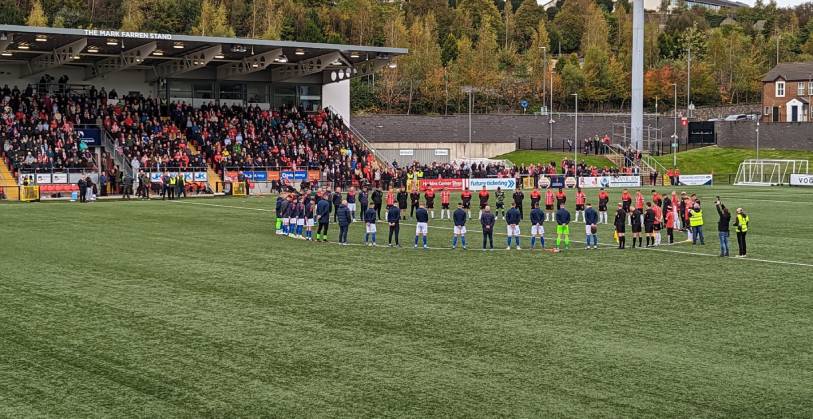 The Ryan McBride Brandywell Stadium fell silent this afternoon as there were poignant tributes to those who died in the Creeslough Tragedy.

A wreath laying ceremony took place then the players, staff and officials stood around the centre circle before a minutes silence took place.

A banner could be seen in the Derry crowd with the message ‘RIP Creeslough 10’  before the beginning of the FAI Cup semi-final.

Derry welcome First Division side Treaty United up to the Brandywell for the semi-final of the national cup, and the hosts are 2-1 up at the break.

Spine-tingling minutes silence in memory of the 10 victims at Creeslough at The Ryan McBride Brandywell Stadium 🙏 pic.twitter.com/Tnj1WXZurw