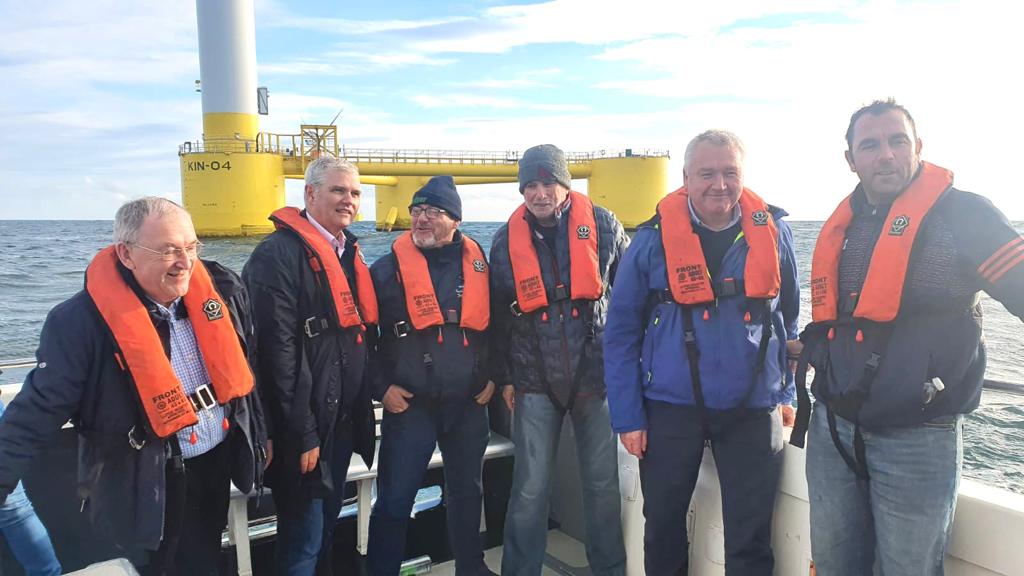 Representatives from the Irish fishing industry in Donegal and around Ireland say they fear being “displaced losers” in the development of offshore wind farms.

The Irish fishing industry say they have a right to be consulted about offshore wind farms because it affects their livelihoods.

Aodh, who is chief executive of the Killybegs-based Irish Fish Producers Organisation (IFPO), said needs to co-operate to reduce fossil fuels but “co-operation works both ways and we are not being consulted.”

“Available charts indicate that most of the rich Irish Sea fishing area is targeted for turbine development. Fishing vessels could be displaced if there is an untrammelled development of Offshore Wind Turbines. Our industry has already taken too many hits, but proper consultation could allow us all to co-exist.

“However, Environment Minister, Eamon Ryan is reported to have signed off on six Irish Sea developments which will move to planning stage. There is unease that this appears to be rushed.” 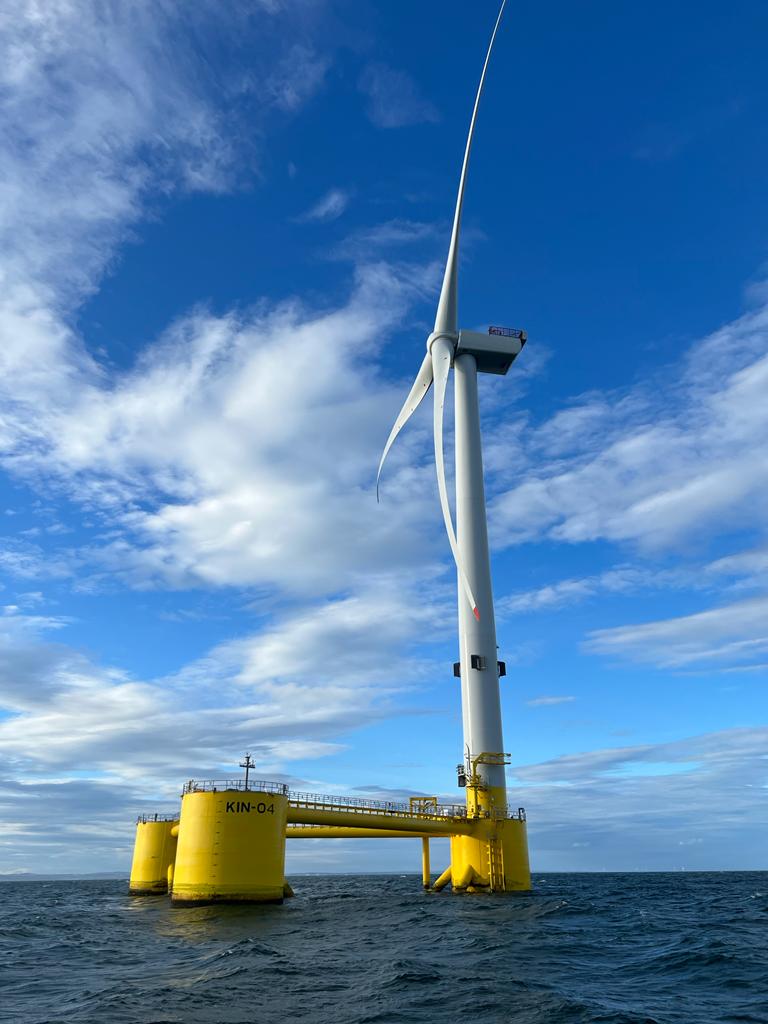 This visit was a first step in appraising new Offshore Deep Water Floating Turbine technologies and was arranged by an Offshore Renewable Energy (ORE) developer, Simply Blue Group. This visit was arranged to showcase the high output floating wind turbines and the option to locate these units in deeper waters and without being fixed to the sea floor.

Mr O’Donnell said: “The Aberdeen wind farm uses the current best in class ‘floating’ technology in this fast-moving area. This is an important consideration for Ireland as most of the planned developments are ‘fixed’ bottom arrangements that require shallower sea depths. Unfortunately, these targeted areas are also generally the most productive fishing and spawning grounds. These ‘floating’ technologies open up options for the location of turbine in deeper offshore waters. This will create less disruption to fishing activity and allow better co-existence with other marine interests too. Planning guidance in Ireland must steer developers towards less disruptive technologies.”

“Given the offshore competition for space, we have to work hard and collaboratively to defend our members’ interests. Many of our vessels are involved in long established fisheries for species such as Dublin Bay Prawns – a valuable resource traditionally fished in the Irish Sea. These vessels now face uncertainty due to the planned development of Offshore Wind Turbines.”

“For large wind farm developers, most of the first phase of applications for wind farms is in the rich Irish Sea fishing and spawning grounds.  Unfortunately, international experience indicates that the colocation of Offshore Wind with trawl fisheries is not possible.”

Mr O Donnell says there is a lot of sea available for development. “But a land grab of traditional productive fishing grounds is not acceptable. The Minister and Wind Farm industry need to take account of the rights of our fishers, who are often the last to be consulted.”

“Our members are already facing serious uncertainty and a spatial squeeze in the competition for Irish fishing grounds”, Aodh adds.

“We acknowledge and appreciate the efforts Captain Brian FitzGerald and the Team at Simply Blue Group for arranging the visit. Deepwater floating turbines may form part of a solution. We have to steer a careful course to avoid being displaced losers in this push to take over our sustainably fished seas.”