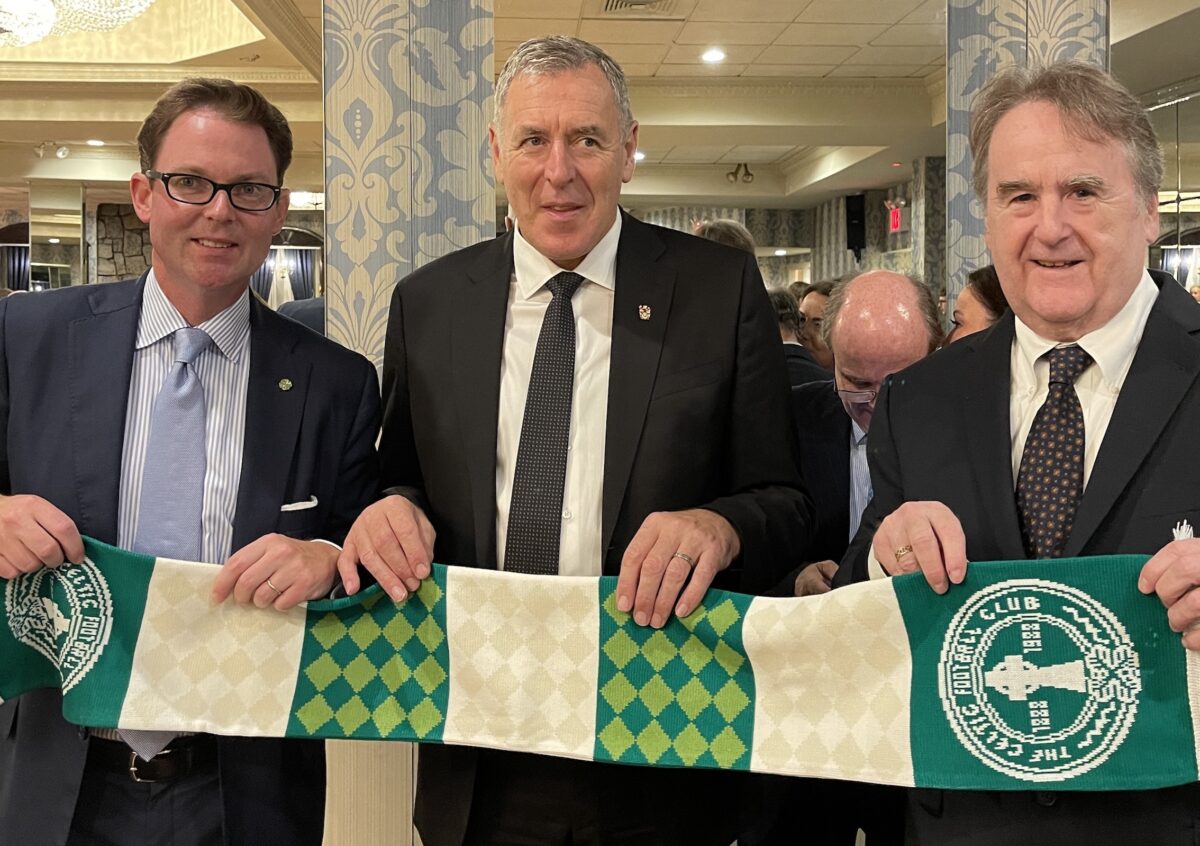 Former Republic of Ireland keeper Packie Bonner was unveiled as Donegal Person of the Year by the Donegal Association of New York at the weekend.

The Rosses man was presented with the award at a glitzy ceremony in Queens on Saturday night.

The victims of the Creeslough explosion were also remembered and several thousand dollars were raised for the disaster fund on the night.

Garry Martin of Donegal County Council read out the names of the ten victims as the packed hall sat in silence. 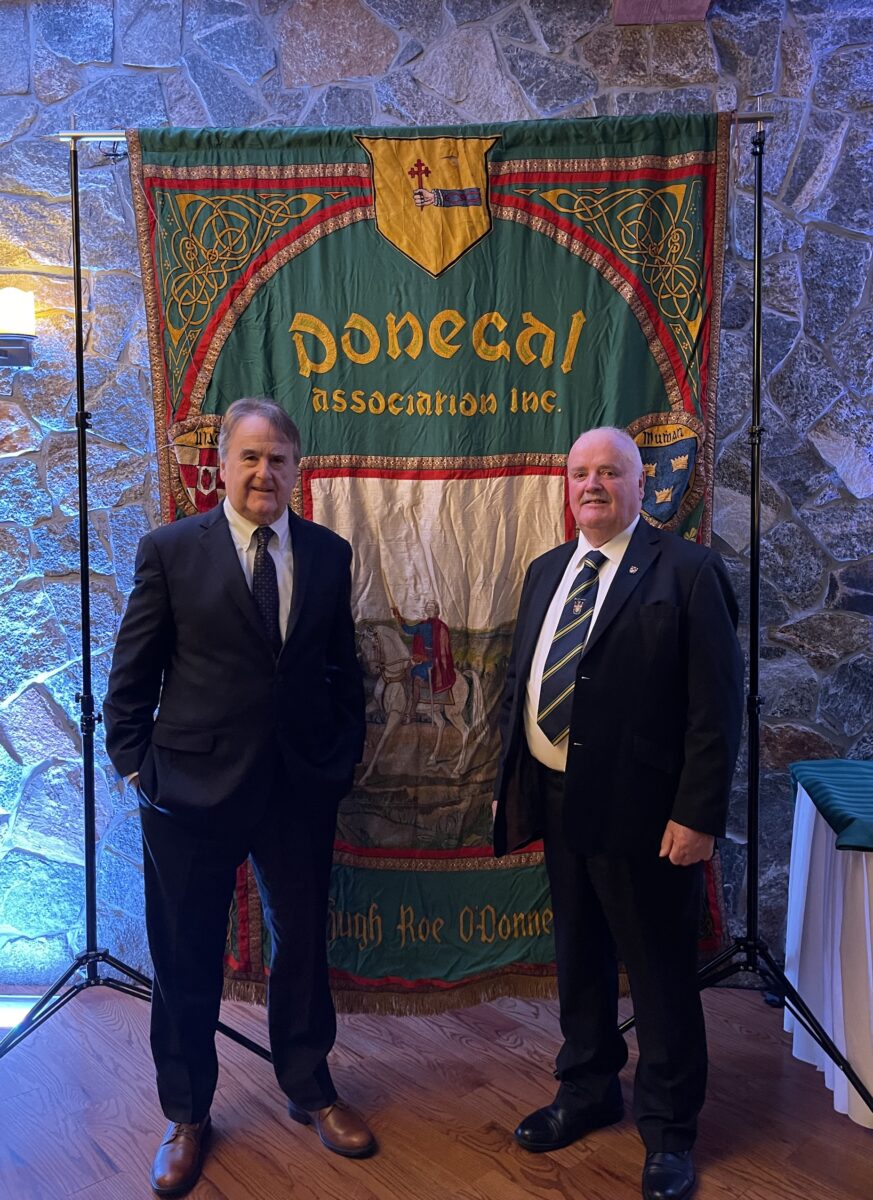 Chief Boles mother, Kathleen McGee, was from Fintown and his father was from Sligo. 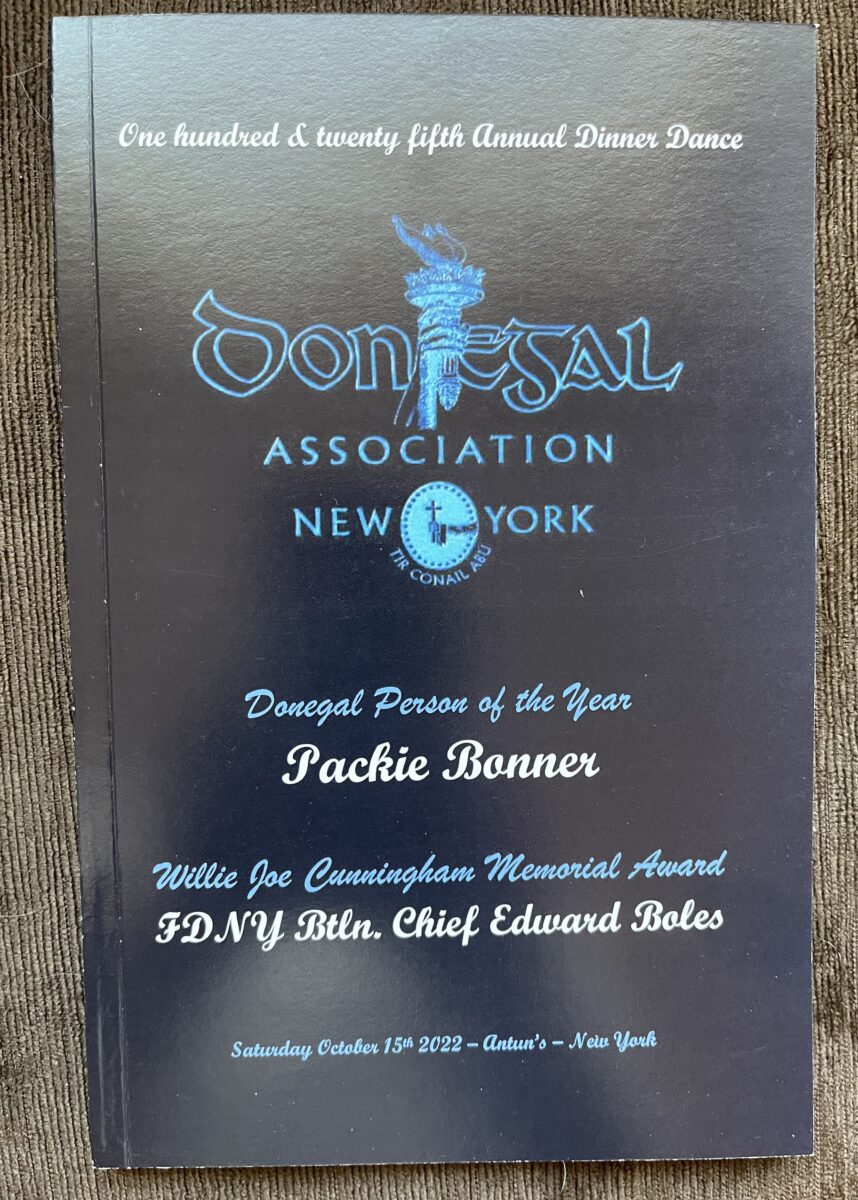 The programme for the 125th anniversary dance.