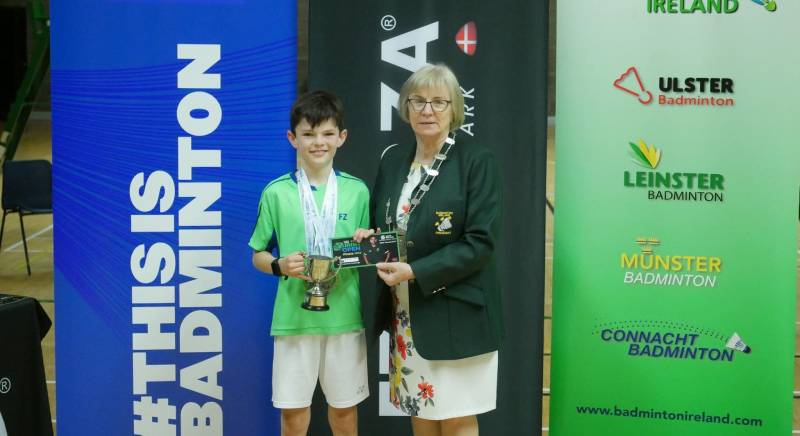 Corey Chambers was crowned a dual National badminton Champion at Under-13 level in Lisburn at the weekend.

The Raphoe Badminton ace won gold in both the singles and doubles competition in Lisburn.

Chambers won the singles tournament against Conor Blakeman before teaming up with Blakeman to win the doubles, while he had to settle for silver in the mixed doubles.

In the U17s, Callum Laird and his partner Chris Chee made a huge shock in the tournament to win silver.

The unseeded pair beat the 3/4 seeds in quarters and the 2nd seeds in the semis before eventually losing out 22-20 in the third set to the top seeds in the final.

Amy Moore and Emily Maxwell won bronze in the U13 girls doubles but can be happy with their bronze medals while Amy also claimed a bronze in the mixed doubles with partner Eoin Evans.

Kimberly Pearson and partner Paige Woods also claimed a bronze medal in the U17 girls doubles bowing out in the semi final.