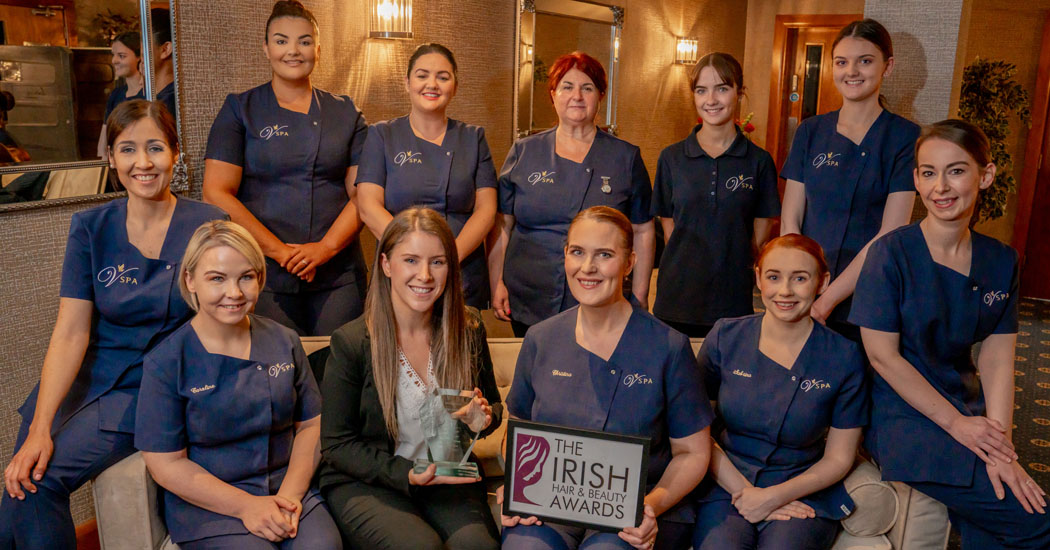 It has been a year for celebrations as the V Spa wins its second award of 2022, this time taking the title of “Spa of the Year” in the Irish Hair & Beauty Awards.

In January of this year The V Spa, set within the Villa Rose Hotel, Ballybofey was named one of Ireland’s Top 10 Spas in The Irish Independent Reader Travel Awards alongside other prestigious spas such as the Powerscourt Spa, Galgorm and Monart.

While the V Spa has long been recognised as one of the north-west’s leading spas, to get the recognition as one of the best in the country for the second time this year is something extremely special for them.

Their spa therapists are known for their high level of advanced training and for innovation in terms of treatments and in particular their Medi Spa offering.  Popular as both a Day Spa and an Overnight Spa destination, the spa caters for all.

The V Spa is part of the collection of hotels which includes The Villa Rose Hotel, Jackson’s Hotel & An Chuirt Hotel.  To find out more about the V Spa experience visit www.villarose.ie/v-spa.html