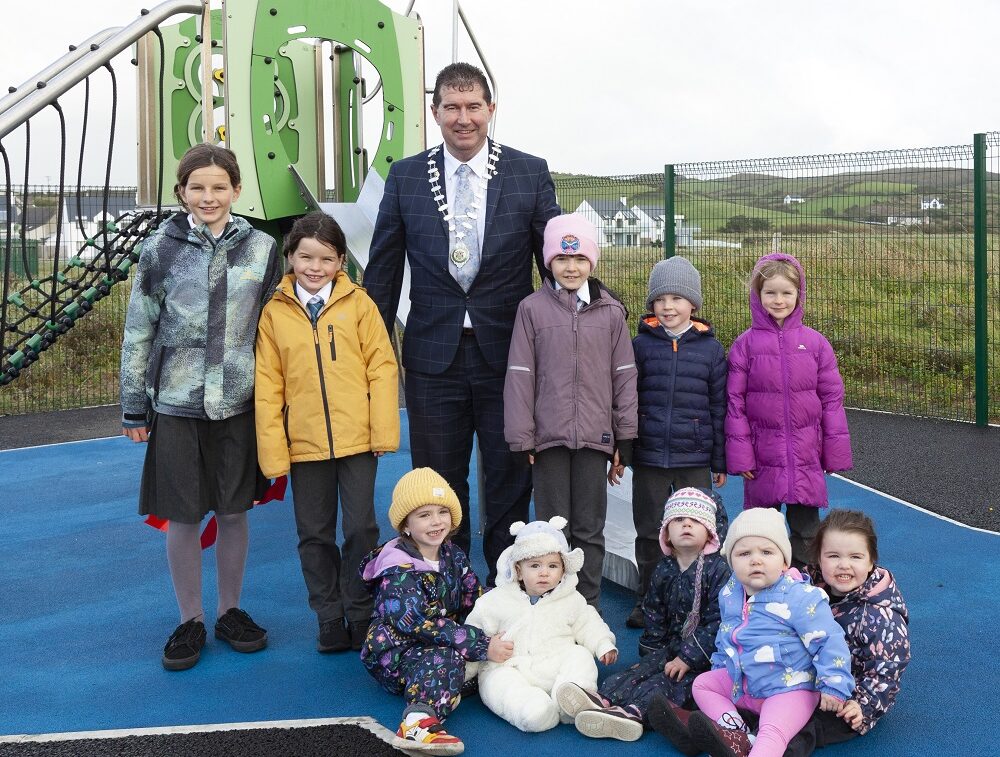 Children and adults alike joined the celebrations at the opening of the new Rossnowlagh Community Playground on Monday.

The new community playground is for the people of Rossnowlagh and the wider area offering opportunities for interactive play for children of varying ages and abilities.

This much anticipated project consists of a canopy shelter, picnic benches, outdoor shower and hardstands for traders adjacent to the existing public car park at Rossnowlagh beach and incorporates a variety of specialised play equipment including junior and toddler multi-play units, a variety of swings and a wheelchair accessible carousel. The new playground also includes a communications board, which provides communications support, with particular benefit to children or adults who are either pre-verbal or non-verbal and/or have communication difficulties. 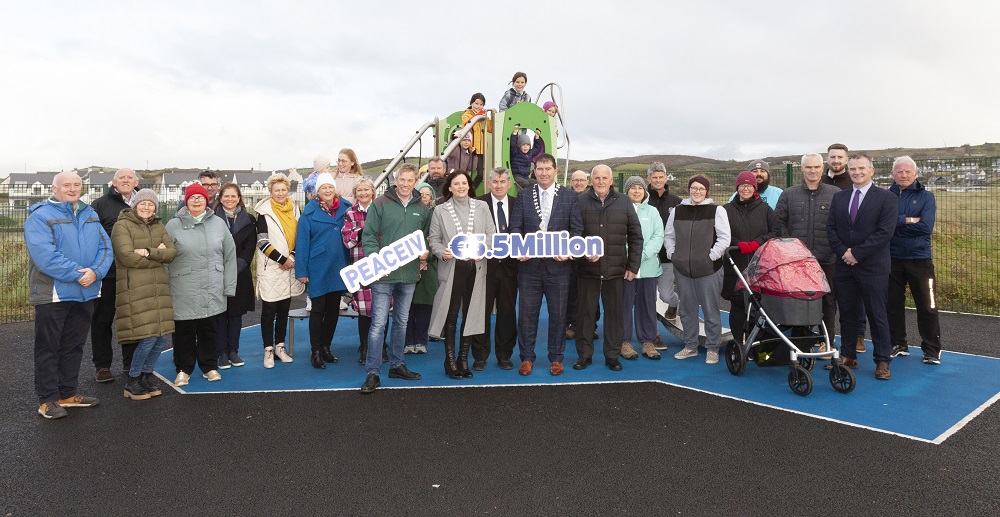 Donegal County Council officials and staff, key stakeholders and locals who attended the official opening of the new playground in Rossnowlagh.

Speaking at the Opening Leas Cathaoirleach of Donegal County Council Cllr Michéal Naughton welcomed the completion of this project which received an overall funding package of €218,691.00. He also highlighted the importance of ‘play’ for children and young people and that the Rossnowlagh Community playground facility will act as a focal point – an interactive place for children of all abilities to play in a safe environment, forge new friendships, while ensuring they remain healthy and active.

He also paid tribute to the late Brian Britton for his contribution and support to local development and initiatives which has had a huge impact on community life in Rossnowlagh.

With members of the local community in attendance alongside key stakeholders including representatives of Donegal County Council, the Special EU Programmes Body (SEUPB), Friends of Rossnowlagh Beach and the Peace IV Partnership, it made for an inspiring event. The project has re-imagined an undeveloped space and created a shared space to support peace and reconciliation through outdoor play. 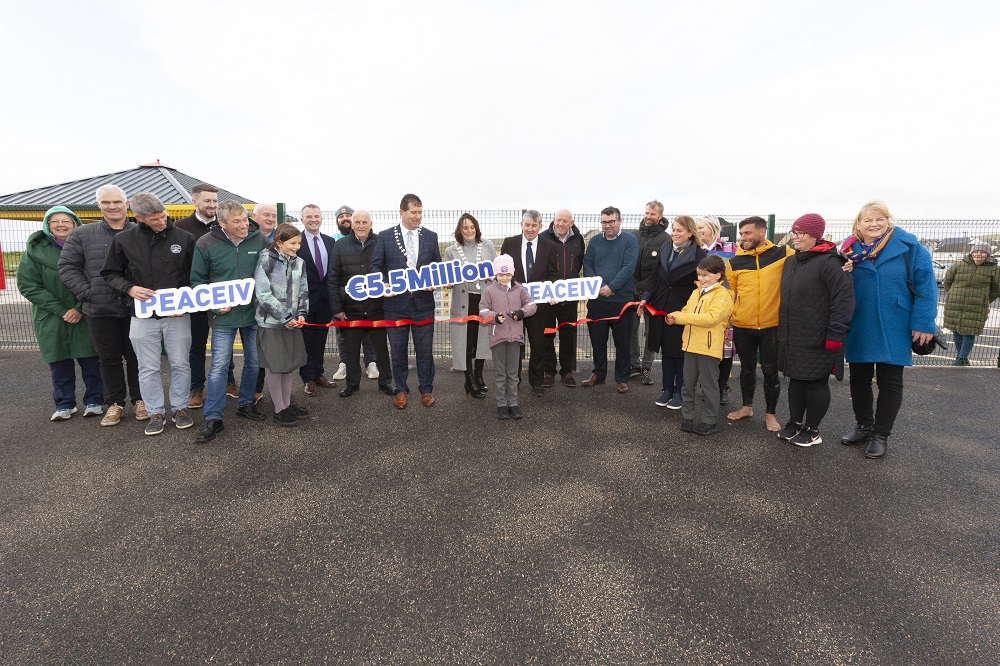 Daisy Britton, assisted by Aisling and Jenna Britton cuts the ribbon at the official opening of the new Rossnowlagh playground alongside Donegal County Council officials, staff and stakeholders.

The project received funding as part of Donegal County Council’s €5.5m Local Authority Action Plan, which has been financed under the European Union’s PEACE IV Programme. The PEACE IV Programme is managed by the Special EU Programmes Body. The project specifically fell under objective 3 Shared Spaces and Services- Action 3.2 Local Authority Shared Spaces Projects-Outdoor Play Areas. Match-funding for this project has been provided by The Executive Office, Northern Ireland and The Department of Rural and Community Development, Ireland.

This project is also part funded by the Department of Rural and Community Development and Donegal County Council under the Town and Village Renewal Scheme with the aim of rejuvenating rural towns and villages throughout Ireland through the Government’s Project Ireland 2040 Rural Regeneration Programme.

A special thank you to Donegal County Council’s Community Development team and the SEUPB for their ongoing support to deliver PEACE IV projects successfully across the county, the Department of Community and Rural Development and to the contractor for the new Rossnowlagh Community Playground, Hawthorn Heights Ltd.