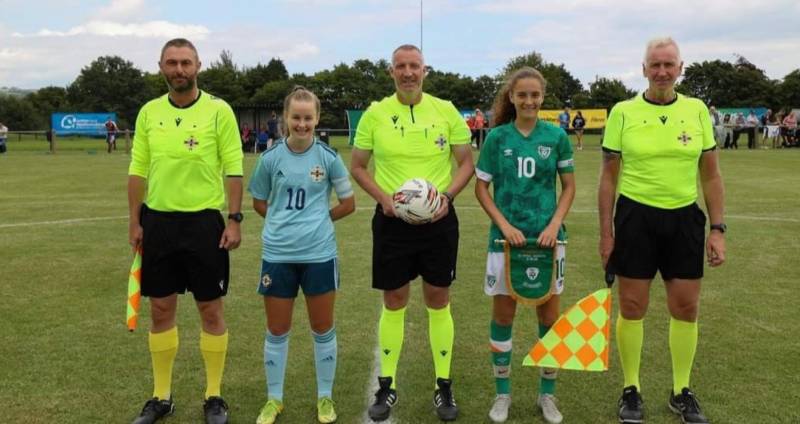 Jodie Loughrey named in Ireland U17 squad for Euro Qualifiers

Jodie Loughrey has been named in the Republic of Ireland Under-17 team for the UEFA Women’s Under-17 European Championship qualifiers.

The Buncrana native has been a regular in James Scott’s squads and is part of the 20-player squad for the upcoming triple header.

The Republic of Ireland make the short trip up north for the three games of Group A3, taking on Austria this Friday 21st October, before facing Finland on Monday 24th October, and the final game coming against hosts Northern Ireland on Thursday October 27th.

Loughrey captained the Ireland Under-17 side in their last international game, as they drew 3-3 away to Portugal.