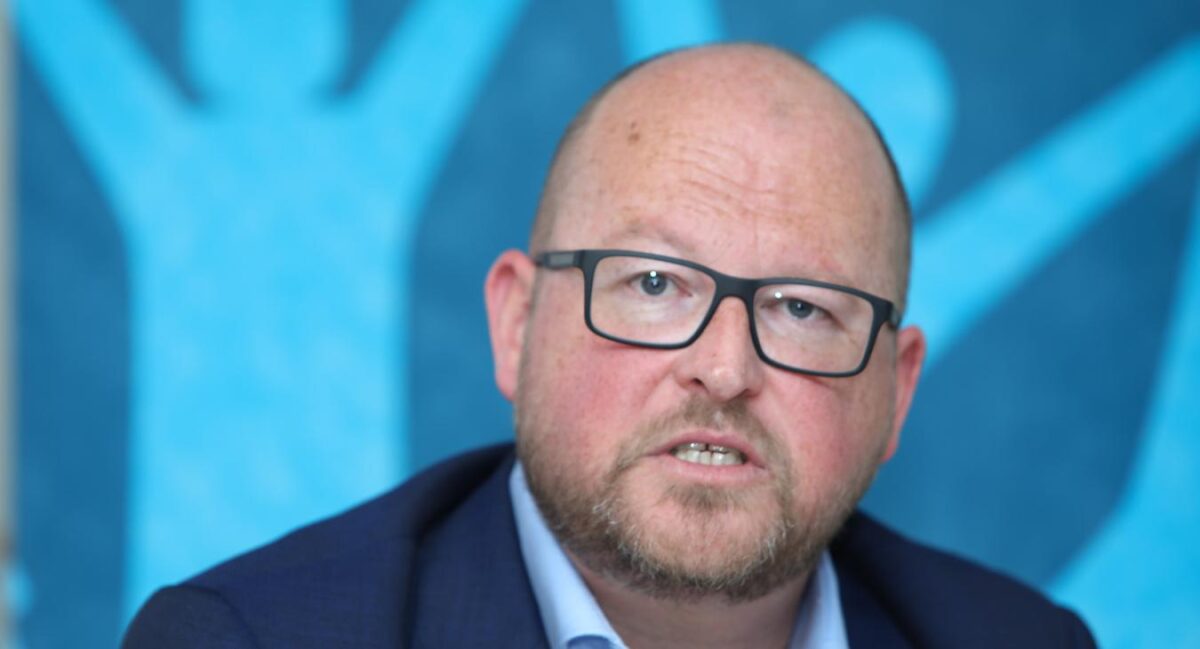 Donegal native Owen Reidy has been appointed as the new General Secretary of the Irish Congress of Trade Unions.

Mr Reidy said his priority is to rebuild and grow the movement of the ICTU to get more workers organised in trade unions.

“We need to make work pay for all and build a more inclusive economy and society,” he said.

Mr.Reidy, a father of two, has 24 years of full-time experience in the Irish trade union movement. He started his career as a union official in SIPTU in the west of Ireland and occupied a range of roles in the union representing and organising workers in the aviation, insurance, and finance, non-commercial semi-states, and cleaning and security sectors. He was appointed one of SIPTU’s 5 Divisional Organisers in 2013 when he managed and ran the unions Transport, Energy, Aviation and Construction Division. During this time he was involved in a number of high profiled and successful industrial disputes including the Greyhound lockout, the Luas dispute, and pay disputes in the CIE transport companies.

In 2016 Reidy took up the position of Assistant General Secretary of the ICTU with primary responsibility for the Congress in Northern Ireland.

Commenting on his appointment Owen Reidy said, “I am delighted and humbled to be selected for this important leadership role in our trade union movement. I want to pay tribute to my friend, colleague and mentor Patricia King, for her work and the valuable legacy she has left us all in her work both in SIPTU and as General Secretary of our Congress. I think we have the potential to rebuild and grow our movement and reach out to workers currently not organised in trade unions. We need to make work pay for all and build a more inclusive economy and society.”

ICTU President Kevin Callinan said “With Irish and European collective bargaining structures set to be overhauled, we are entering an exciting new phase for the trade union movement. As General Secretary, Owen Reidy will bring fresh energy to the task of ensuring that these changes happen in a way that produces real improvements in the pay and conditions of workers. In his previous roles with SIPTU and as the lead Congress official for Northern Ireland, he has shown that he has the qualities to unite the movement in pursuit of such core objectives.”