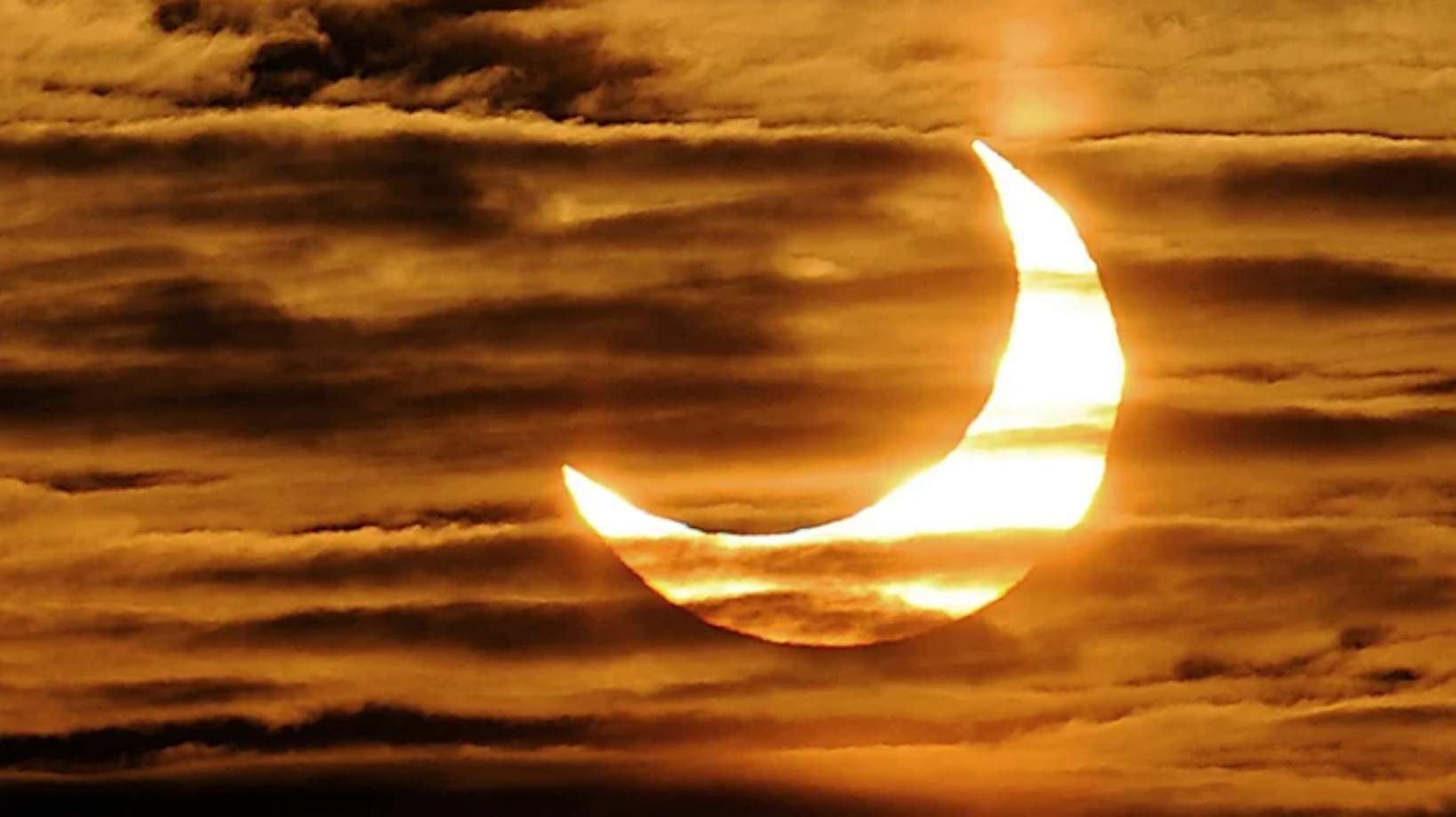 Partial solar eclipse to be visible on Tuesday

A partial solar eclipse will be visible across a swathe of the Northern Hemisphere, and possible Ireland, on Tuesday.

Amateur astronomers have been warned to take care when watching the rare phenomenon.

The eclipse will start at 9.58am in Iceland and end off the coast of India at 2.02pm, crossing Europe, North Africa and the Middle East on its way, according to the IMCCE institute of France’s Paris Observatory.

Solar eclipses occur when the Moon passes between the Sun and Earth, casting its shadow down onto our planet.

A total solar eclipse happens when the Moon completely blocks the Sun’s disk, momentarily plunging a portion of the Earth into complete darkness.

However, Tuesday’s eclipse is only partial, and the “Moon’s shadow will not touch the surface of the Earth at any point,” the Paris Observatory said in a statement.

The Moon will cover a maximum of 82% of the Sun over Kazakhstan, but it will not be enough to darken the daylight, Paris Observatory astronomer Florent Deleflie said.

“To start getting the sense of darkness in the sky, to perceive a kind of cold light, the Sun needs to be at least 95% obscured,” he said.

Those hoping to watch the eclipse should not look at the Sun directly, even through clouds, to avoid eye damage, according to experts. Protective eyewear should be worn instead.

“We will see that a small piece of the Sun is missing. It won’t be spectacular, but it’s always an event for amateur astronomers – and it can make for beautiful photos,” Mr Deleflie said.

It will be the 16th partial solar eclipse of the century, and the second of this year.

The next total solar eclipse will cross North America on 8 April 2024, according to NASA.