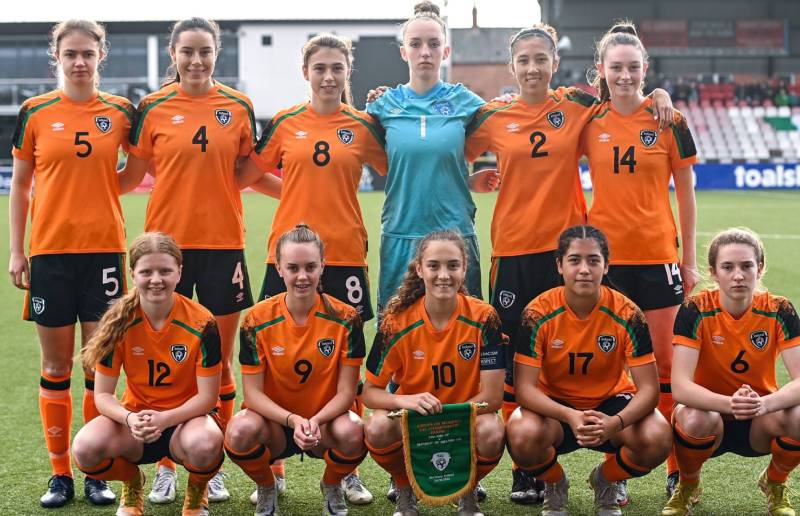 Jodie Loughrey scored as she captained the Republic of Ireland Under-17s to victory against Finland in the UEFA Women’s Under-17 European Championships qualifier.

The Buncrana native scored the decisive third goal for Ireland to put them 3-1 up, bundling the ball over after it was blocked on the line by a Finnish defender in the 37th minute.

Aoife Kelly put Ireland ahead, firing home from Loughrey’s free-kick crossed into the box, and Ruby Gallagher made it 2-0 before Finland got one back  through Steffi Hassinen, but minutes later Loughrey made it 3-1 in Belfast.

Milja Kiviranta scored from the spot with 10 minutes remaining but Ireland held on for a 3-2 win.

It’s a first win of the group for Ireland, after they lost 1-0 to Austria on Friday thanks to a Sarah Gutmann goal.

Ireland take on group hosts Northern Ireland on Thursday in the final game of the group.